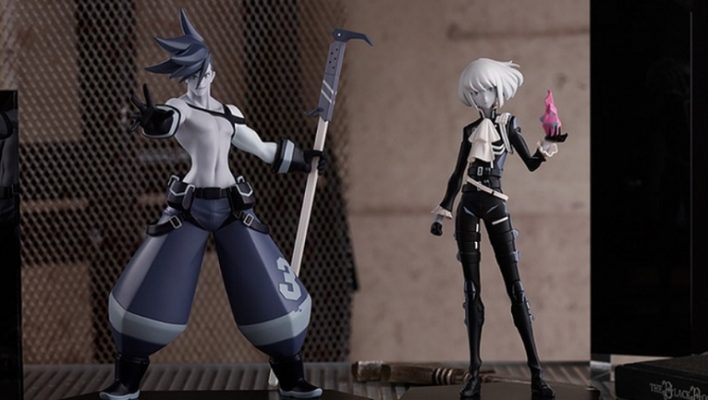 Good Smile Company has opened up pre-orders for monochrome Pop Up Parade figures of Galo Thymos and Lio Fotia from Promare. As opposed to the distinctive vibrant hues from the movie, the figures have muted coloring. They will ship out in November 2021 for Japanese customers, and January 2022 for North American customers. Pre-orders close on August 5, 2021.

Galo’s Pop Up Parade figure has a confident expression. Since he is not wearing a shirt, you can see the medical sleeve on his arm. He holds the staff weapon that his Matoi Tech wields, and is in his Burning Rescue uniform. In the monochrome version, the brightest parts of him are his hair and pants. Galo will cost 3900 JPY/$38.99. 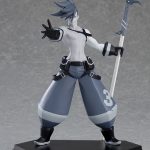 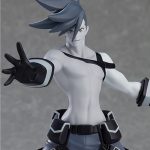 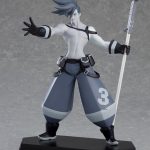 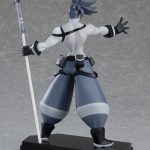 In contrast, the Lio Pop Up Parade figure has a more serious expression. His entire body, including his hair, are grey and black. The only color comes from the fire in his hand. Like in the movie, the Burnish flame is a pale pink and blue. Similar to Galo, Lio will cost 3900 JPY/$38.99. 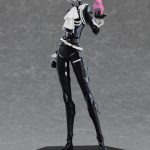 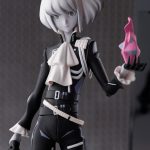 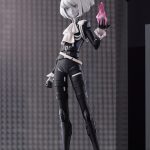 Promare first premiered in theaters in 2019, with some movie theaters bringing it back from time to time due to its popularity. GKIDS Films previously announced that Promare, along with other movies such as Lupin III: The First, will return to select American theaters from June 2021 to September 2021. The English dub of Promare will air on September 16, 2021 and the Japanese version will air on September 19, 2021.