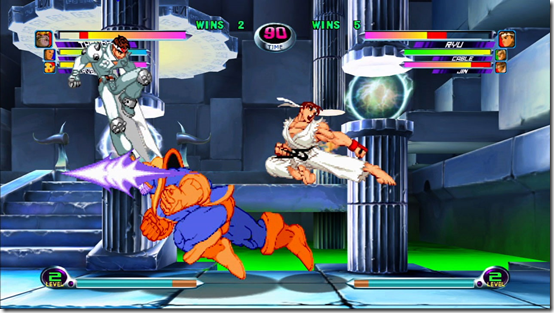 Capcom announced Marvel vs. Capcom 2 won’t come out on PlayStation Network until August 13, two weeks after the Xbox Live Arcade release. No reason was given release difference, but it may be not be a delay.

A rumor about a GameStop exclusive Marvel vs. Capcom 2 collector’s edition with a release date of August 13 has been floating around for a few weeks. The reported item, which has been removed from GameStop’s database, is said to contain a code to download the game, a tangible manual, a disc containing exclusive wallpapers, 2,000 Capcom Unity points, and a one month subscription to Marvel Digital comics.