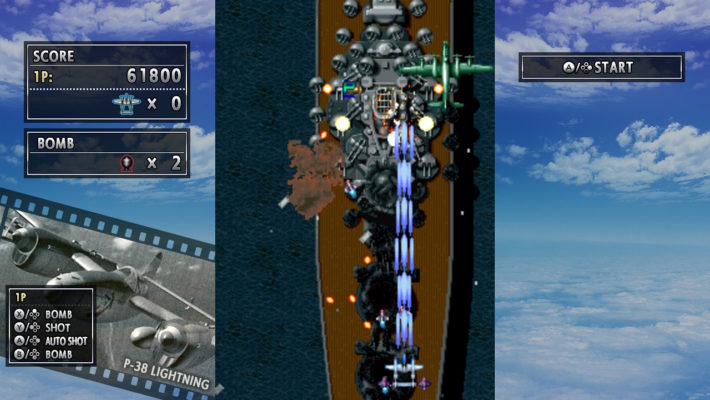 Psikyo started making its shooters in 1993, but Psikyo Shooting Stars Alpha doesn’t kick off from the very beginning. (Psikyo Shooting Stars Bravo will do that with Sengoku Ace, the company’s debut shooter.) Instead, it approaches the developer’s history in two ways. One is by showing how the Strikers 1945 series has grown by including the 1995, 1997, and 1999 releases of Strikers 1945 I-III. The other is by looking at three other shooters, 1997’s Soul Divide, 2000’s Dragon Blaze, and 2001’s Zero Gunner 2 to look at how all three added different kinds of mechanics to the category. 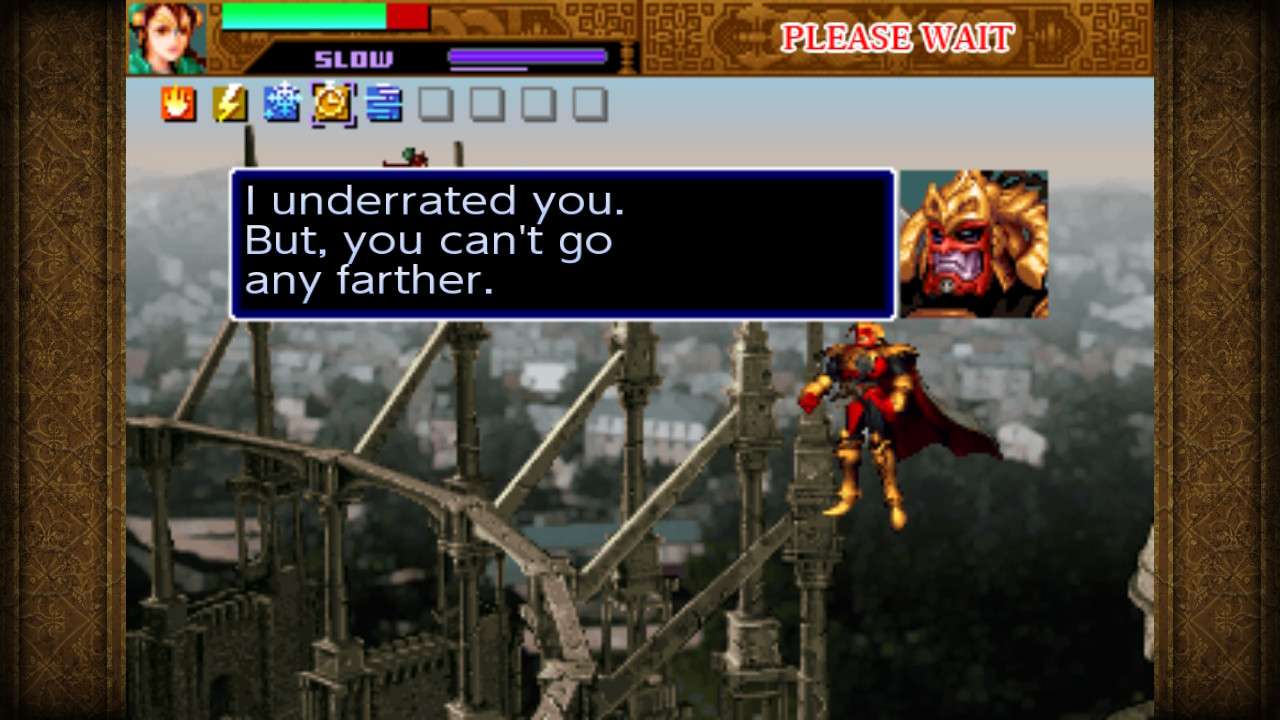 With Strikers 1945, we get an alternate reality shooter set after WWII. C.A.N.Y. is trying to take over the world with alien technology. People choose one of six different planes, each with their own bullet patterns and upgradeable weapons, to fight back in eight levels. The initial installment is a fine war-inspired shooter. When paired with its siblings, we get to see how it grows. The sequel is more about technical improvements. The bullet patterns can be more intense and the bosses are larger and more intricate, but the basic mechanics and premise are sound. Striker 1945 III really kicks things up. There is a new scoring system that rewards you for successive kills and bosses will have weak spots that give you the option to play more aggressively in exchange for a quicker and more rewarding fight. (Not to mention, it’s more visually impressive.) All three work wonderfully on the Nintendo Switch. Especially if you go ahead and play them in tate mode.

With the other three games, it is about seeing what Psikyo can do within its established formula. Each one is innovative in some way. Sol Divide, the earliest of the three, experiments with offering different paths through the shooter. So say you choose Tyora. After the first level, you could head to Mattium to follow after Ifter or go to Pandione to try and get reinforcements to fight the evil emperor and his minions. I went to Pandione to find it already destroyed. So when I went to Mattium after, it was ruined too. It also allows you to gather spells as you play, adding a sense of growth, and lets you move in close to use your character’s weapon to actually physically attack a foe in front of you. (Of these other three, this was my favorite.)

The others are equally innovative. Dragon Blaze lets you use different sorts of approaches to face enemies. You can ride on your dragon to attack together, evading bullets as you do. You grow in power, as usual, and also have a magic bomb. But, it is possible to separate from your dragon, allowing you to have what is essentially a turret on the field that supports your own shots. Its an intriguing prospect that shows another way to approach a fantasy-inspired shoot’em up. Instead of infusing beat’em up elements, bring in another ally. 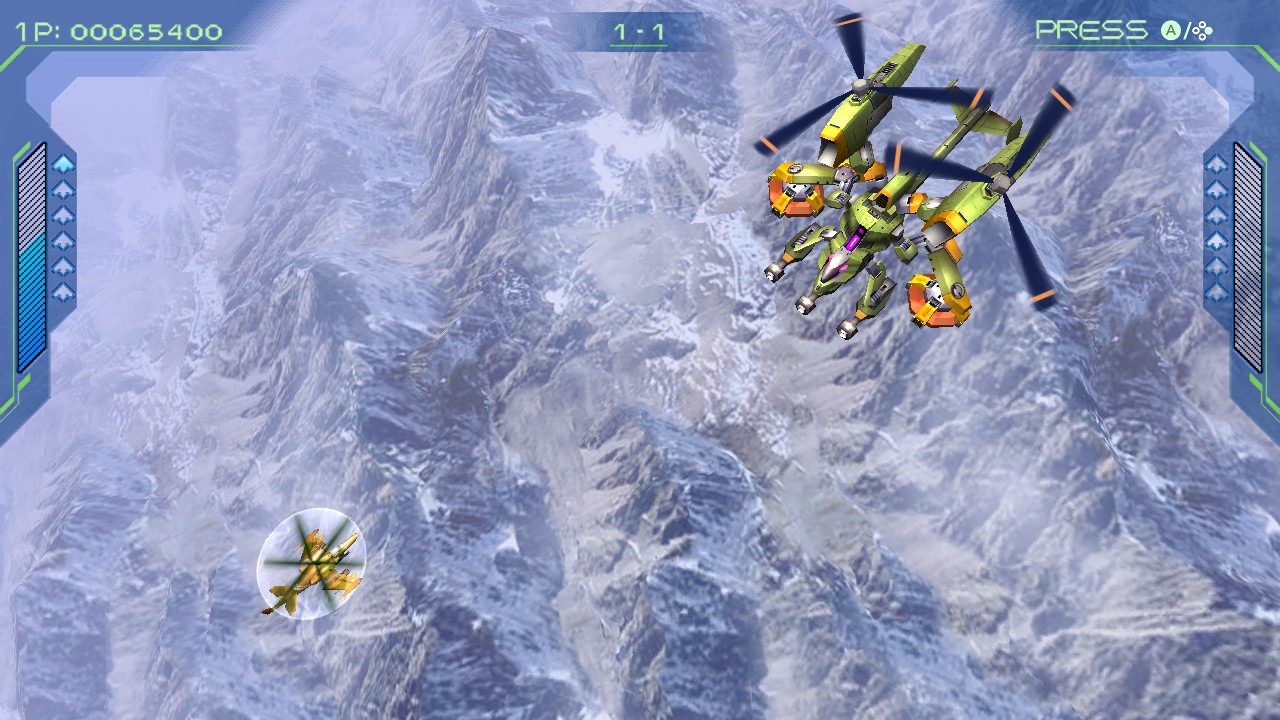 Zero Gunner 2 is about changing how people think of Psikyo games. While the others in the collection are best enjoyed in tate mode, it makes full use of the entire screen. As the most recent title in the collection, we can see how much more detailed its helicopters and mechanical, robotic bosses are. Most importantly, you aren’t limited to a single direction. While learning to use the targeting system takes some adjustment, due to it having its own dedicated button where you press to aim, the ability to choose your line of fire feels revolutionary after playing five other games that are traditional vertical shoot’em ups. It shows a whole new use of space and what Psikyo could accomplish when playing around with expectations.

With every game collection released on the Nintendo Switch, there are certain hopes people might have. Ideally, you’d like the emulation and porting process to be on point, so the games all run as well as possible. But an added bonus is getting to see how the developer grows. This is exactly what Psikyo Shooting Stars Alpha does. We see how the Strikers 1945 series changes over three installments. Moreover, we get to see decisions the developer made as a whole between 1995’s Strikers 1945 and 2001’s Zero Gunner 2.