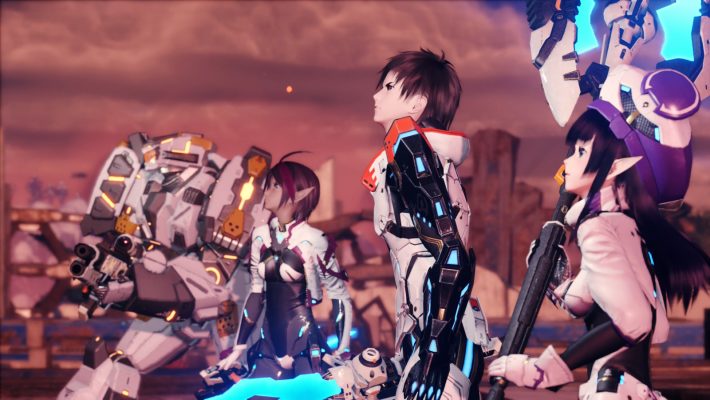 Phantasy Star Online 2: New Genesis finally went live after prolonged maintenance. The online game saw a simultaneous launch on both the Japanese and Global servers. However, many foreign players of the Japanese PSO2 version reported that they could not access any ships after the New Genesis launch unless they use Japanese VPNs. A lot of Twitter users also speculated that Sega might have applied an IP block on the Japanese servers.

The Japanese official account has not given any statement regarding this issue. However, Sega has a Terms of Service page that is still effective since the Japanese PC version first launched in May 2012. The 8th entry in Section 2 (Game server usage) pertains to this issue, and we have translated it as follows:

Despite having this particular entry, Sega tacitly allowed overseas players to access the Japanese server and purchase microtransactions for some time during the game’s lifespan. This had happened long before Microsoft announced an official English release at E3 2019.

The initial English release of Phantasy Star Online 2 in April 2020 was available only on Xbox One in North America. When it added a Steam version in August 2020, it brought in more countries and regions supported by Xbox. Sega eventually expanded it into a global version covering almost the entire world.

As of New Genesis‘ launch, the Steam client of PSO2 is available in almost all countries and regions except Japan, China, South Korea, Belgium, Netherlands, and Netherlands Antilles. In the case of Belgium and the Netherlands, both countries enacted a law banning loot boxes, which were included as a feature in this online game. Despite not being available in Japan, the global PSO2 client also supports Japanese voiceovers and subtitles.

Phantasy Star Online 2: New Genesis is immediately available on PCs worldwide. The Japanese version also supports the PlayStation 4 and there is a Nintendo Switch cloud version. The global client is instead available on the Xbox One and Xbox Series X.

Siliconera has contacted Sega PR for more information on this matter and is currently waiting for a reply.