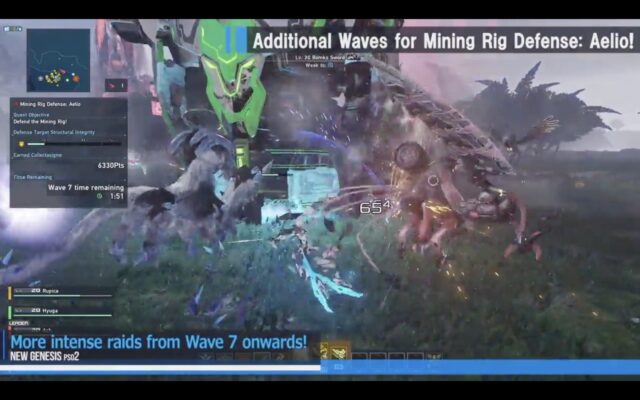 Here’s what happened. Between October 13-19, 2021, people would be able to see extra waves in the Mining Rig Defense: Aelio Urgent Quest in PSO2 New Genesis. These would be more difficult than usual. They were also supposed to be temporary. However, the waves past wave seven won’t be removed. People will still experience the stronger than usual foes even after maintenance ends. However, the random spawn occurrence rates should return to normal.

Additionally- We've seen your feedback regarding idle/uncooperative players and have reported your feedback to the Dev team!
We apologize for any confusion! Thank you! https://t.co/WIFooSfPZv

This is one of multiple new additions to PSO2 New Genesis. For example, in October 2021 the Bouncer appeared as a class. Also, Halloween is coming to the game. Events for the occasion will kick off on October 27, 2021. A Windows 11 version of the MMORPG is in the works. There’s no launch date for it yet, but final testing is underway. Finally, in December 2021 people can head to Retem.

Phantasy Star Online 2 New Genesis is playable on the Xbox One, Xbox Series X, and PC outside Japan.