Psycho-Pass is getting a life-sized replica of the Dominator. Made by electronics manufacturer Cerevo, the Dominator can shift between the non-lethal paralyzer and lethal eliminator modes seen in the anime series. It comes with an companion app that allows the owner to customize its transformations. Production I.G director Naoyoshi Shiotani and Nitroplus designer Makoto Ishiwata worked on the making this licensed product a reality.

The Dominator comes in a Special Edition version, as seen in the above video. When activated, there are more than 100 audio clips from the Noriko Hidaka, the same voice actress who provides the Dominator’s voice in the anime series. Although the Dominator audio is available only in Japanese, the smartphone app text is available in both English and Japanese. According to the product description, the Special Edition features rosewood and synthetic ruby accents.

The Special Edition Dominator features a grip made from natural rosewood with a polished finish. The Public Safety Bureau mark above the grip is crafted from aluminum and decorated with a synthetic ruby. Both materials add an extra air of authenticity to the device.

The Psycho-Pass Special Edition Dominator is being sold for $899, with a protector case being sold separately for $129. 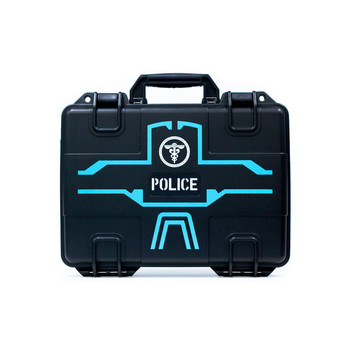 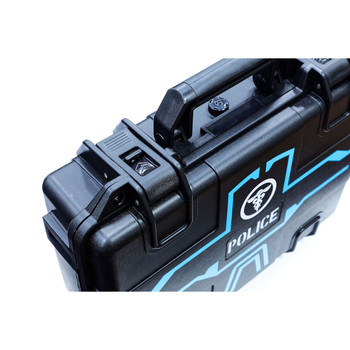