Q-Games is Kyoto based studio behind the PixelJunk series which president Dylan Cuthbert explained “is about concise, small games, but with a big heart.” We spoke with Mr. Cuthbert about the studio’s experience with Steam, what he expects from the upcoming generation with PS4, and how Microsoft can get Japanese gamers interested in their next console after a stagnant Xbox 360.

The PixelJunk series started on the PlayStation 3 and has recently moved to Steam. How has the transition been to PC?

Dylan Cuthbert, President Q-Games: We did PixelJunk Eden on Steam as a test and we kind of enjoyed that process. We’ve always liked Steam anyway. We buy games on Steam. It was a good move for us to do that, but we will come back to PSN.

Are Steam sales above your expectations? On par?

We don’t know yet. Eden was a port of a pretty old game and I think it broke even. We’re hoping with an original game that is debuting on Steam will get a much better, bigger response. 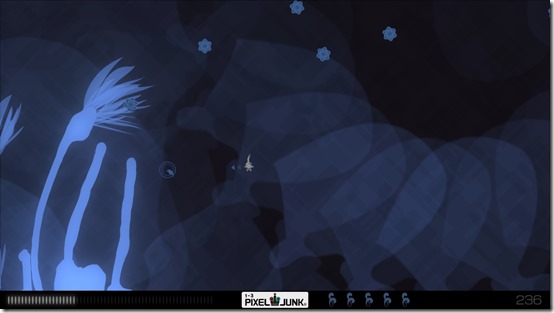 Is Q-Games going to do any Nintendo 3DS development too?

Not at the moment because we’ve got quite a lot of projects currently on the boil, that kind of thing. We’re a bit busy, so there won’t be any 3DS in the immediate future, at least.

Digidrive from the Art Style series was pretty neat.

We do like that kind of stuff, but I think if we’re going to move PixelJunk to a mobile platform apart from Vita or PSP, I think it would be iOS. I think it seems more of an appropriate fit for smaller games. I think people on the 3DS are used to bigger games. PixelJunk is about concise, small games, but with a big heart. 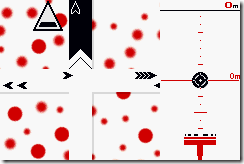 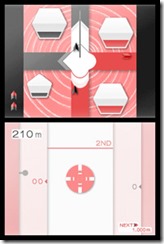 What do you think the biggest change will be in the video game industry with PS4 and the next Xbox coming out?

I’m hoping there will be a resurgence in core gaming. People getting into games for the sake of them being games. Not just like Call of Duty or that kind of core gaming. Like, interesting concepts that are made into games that can sell at a higher price than a dollar.

You have a lot of innovation on the iPhone, for example, but they have to sell all of their games at a dollar. Unless you’ve got a market of hundreds and hundreds of millions of players it’s very difficult to sell for that price and get your money back. I don’t mind not making a profit on our games, but I do kind of want to break even so we can still work. [Laughs] So, we can feed the children.

What do you think the big innovations are in gaming that you’ve seen in the last year?

I think we’ve seen a lot of stuff come out of Unity, interesting ideas at least. I think the next step is, because we’ve had almost seven years of PSN and Xbox Live stuff, if you think that the graphic technology in those consoles was good for that time in 2005 and 2006, but now the next generation the innovation is in technology. I mean, it’s going to be such an enormous leap.

People think it will be like an iPad 4 or when the iPad 4 comes out the iPad 5 comes out then we’ll have a graphics chip that is roughly the same in a PS4 or whatever the Xbox thing is called.  But it’s not. The graphic punch is just way above that kind of level. In a year or two you will see this massive push on the graphics side and you’ll see things you never seen before.

Yeah, yeah. That encourages ideas in gameplay. It’s one of the things, I’m not saying it’s the only thing. All things encourage gameplay. Art. I mean you’ve seen the IGF; art is definitely influencing a lot. The thing about graphics is, if you can do even more with the graphics, you can do even more art if you’re clever enough with it, and if you have a good artistic sense. It just lets you get away with more. I’m not talking about ultra-realistic graphics.

Yeah, exactly. You know with games like Limbo which was from a few years back it’s more like a 2D game, but that is using quite a lot of graphics power to do all of those effects, cinematic layers, and the atmospherics.

Speaking of the new consoles, Microsoft made a big push in Japan with the Xbox 360. Game Republic made Everyparty at launch. They partnered with Mistwalker to create Blue Dragon and Lost Odyssey and tri-Ace for Infinite Undiscovery. These days it feels like Microsoft is like “whatever” when it comes to Japan.

It feel like that to me as well. [Laughs]

Do you think Microsoft can come back in Japan with the next Xbox?

I think it’s very difficult. There are a few people in the office at Q-Games who are Japanese that do play on the Xbox 360 and play on the Kinect, as well. But, I think it’s quite small, the market there.

What does Microsoft have to do to come back?

I think they need to reinvent themselves a bit. Their image is too corporate and big. They aren’t geared towards aesthetics and art and I think that’s a big problem. I think Sony is more in that direction. Nintendo is cute and has their own style, which is fine as well. It’s great for the younger market in Japan. I think that kind of outlook makes a big difference to the games you select and games that you sell.

What do you think Nintendo needs to do with the Wii U for both Japan and the West?

I think software. If they are going to win they are going to have to figure out the games. They probably need like new super IP, a special IP that makes people really interested. But they always come up with something. They are always very innovative. Even with the DS when it first came out people said that’s not very good and it’s not going to do very well, but it sold hundreds of millions and had lots of innovative titles. I think they will find something that will sell a lot. Who would have known Wii Fit would have sold like 15 million units?