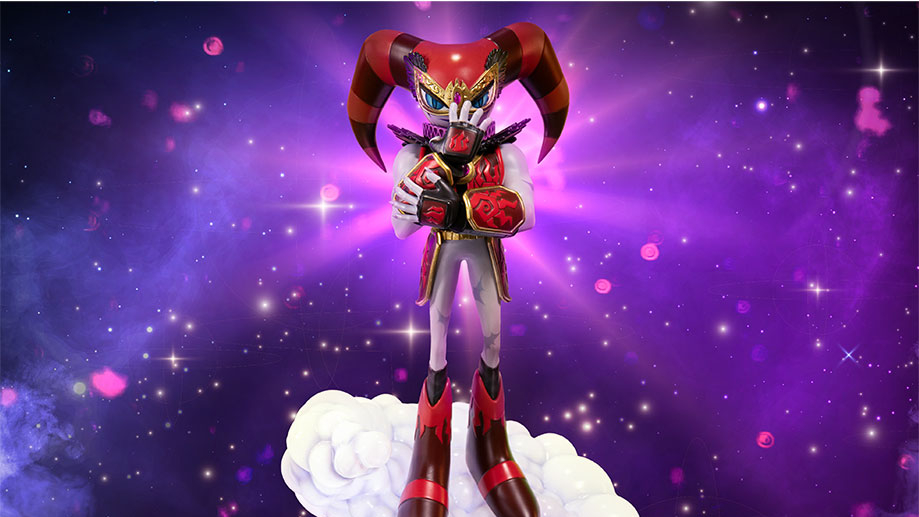 The figure will be available in two editions: standard and exclusive. The standard edition and the exclusive edition will both retail for $329.99 plus shipping. Additionally, both editions will come with an authenticity card.

Reala’s design is true to his in-game model, with lots of small detailed make him look like he’s come to life. Additionally, He has been designed to look like he’s floating in mid-air above his stand. While most things are the same between figures, Reala’s exclusive edition also adds two LED elements to the stand. These lights will make the billowy cloud wrapping around Reala’s base light up. Futhermore, First 4 Figures noted that the stand was influenced by the star trail left when he dashes through the air in-game.

Here’s a better look at the statue.

First 4 Figures will keep the preorder period for Reala open until at least 1,000 pieces of both the standard and exclusive editions are ordered or March 30, 2020, whichever comes first. Interested collectors can get in on an Early Bird promotion exclusive to First 4 Figures and get either edition for $296.99 plus shipping. This deal will run until March 9, 2020.