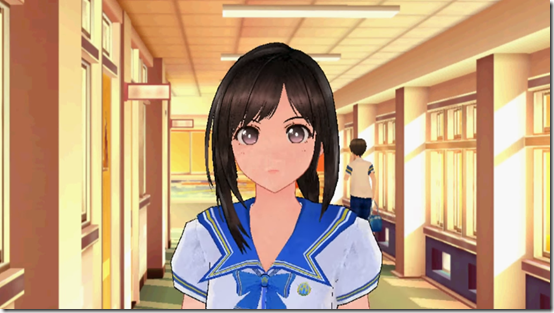 The first video shows Miu Sagara, the second-year student and classmate of the protagonist. She’s average in sports and studies, but is quite talented when it comes to acting. In the video, she’s shown scolding the protagonist for not sweeping the floor properly.

The second “free event” video shows Riko Sorimachi, a second-year student who attended the top entrance school of the Kansai region up until middle school. She was headed to the station mall and ran into the protagonist. She invites him out to go get some burgers. From there, they have a conversation about some of their favorite burgers and other foods, and Riko has some interesting stuff to say about the foods.