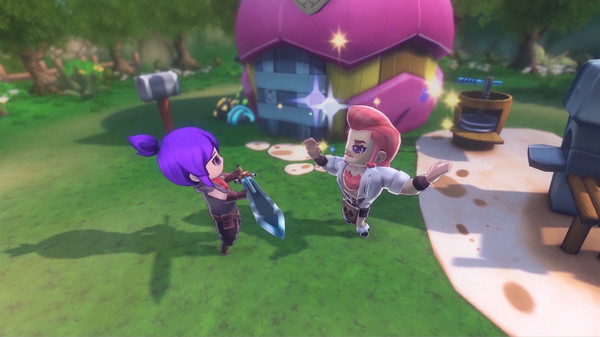 Re:Legend, an RPG and life-sim that was once a Square Enix Collective member and found funding on Kickstarter, finally has a release window. It will show up on consoles and computers in Spring 2021. This means it will appear about two years after its Early Access debut on Steam.

Re:Legend offers an experience people might see as similar to Rune Factory. You live a life on a farm, tending crops. You’ll get to know people around you and form relationships with them. You’re an amnesiac, with part of the plot involving trying to figure out what happened. But, this is also a Pokemon-like. As you play, you’ll see Magnus monsters around and use them to get around the island, fight other enemies, and manage your farm.

Here’s a very quick peek at the Re:Legend Switch version, to help provide a better idea of what to expect from the RPG.

And here’s a trailer from December 2019 that shows how the Steam Early Access version of the game is looking.

In addition to the release date news, the early version of the game experienced so many changes in 2020. A major patch launched in November 2020. While the bulk of it involved rebalancing, there’s a Mini Totem now for fast traveling, some new evolution requirements, and plenty of bugs that were squashed.

Re:Legend will come to the Nintendo Switch, PlayStation 4, Xbox One, and PC in Spring 2021. The Early Access Steam release is available now.