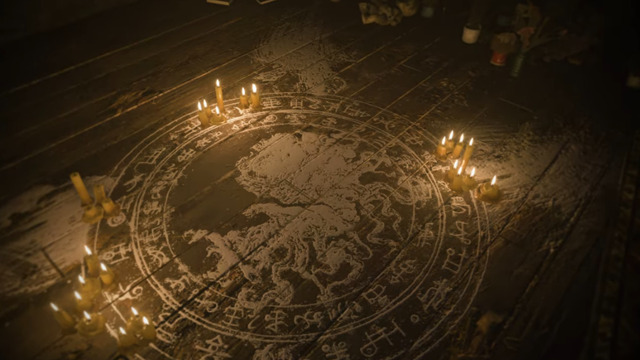 More Resident Evil Village information was shared through the PlayStation 5 September Showcase. This included more footage of Chris Redfield, Mia Winters, and a better look at the monstrous foes that were revealed during the initial reveal of this upcoming title. There’s also some sort of haunting fairy tale.

This new footage also included a fair bit of story, specifically animated footage of a folk story narrated by Mia Winters. What might entice fans more than these juicy new morsels of information is the man shown at the end of the trailer, who is presumably the merchant. However, the character was only revealed from the mouth down, so the official design has not yet been shared. It was already revealed that the inventory system from Resident Evil 4 would return in Village.

You can watch the new Resident Evil Village trailer below:

Resident Evil Village is scheduled to release sometime in 2021 on the PlayStation 5, Xbox Series X, and PC.