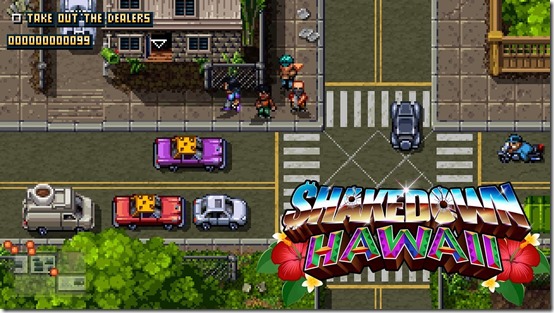 Retro City Rampage sequel Shakedown Hawaii has finally gotten a final release date, after a previous Q1 2019 announcement. The game will come to PC, Switch, PS4, and Vita on May 7, 2019.

As for the 3DS version, Vblank stated that it’s “still on the way and will follow shortly”, although no release date was given. “It just needs a few more finishing touches, but will support both the original Nintendo 3DS and the New Nintendo 3DS,” said the developer.

Here’s the most recent trailer below:

Shakedown Hawaii releases on PC on Steam and Epic Games Store, Nintendo Switch, PlayStation 4, and PlayStation Vita on May 7, 2019. The 3DS version will release later on.