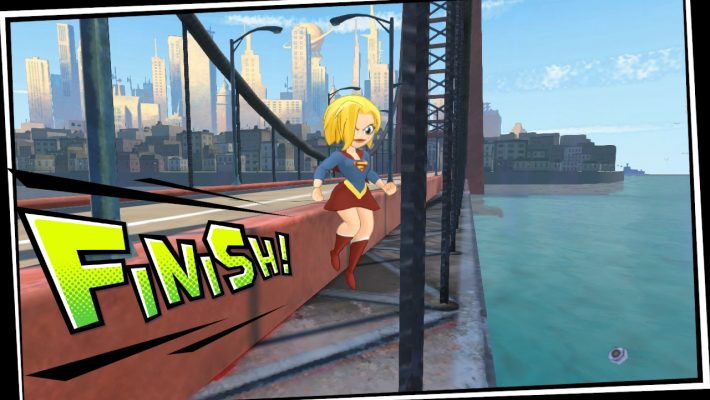 I loved comic books when I was growing up, but I could tell I wasn’t the target audience. It wasn’t until Generation X showed up when I was in grade school that I felt like it was more for “me.” DC Super Hero Girls is something I would have obsessed over back then. And, while it isn’t perfect, DC Super Hero Girls: Teen Power on the Switch and its attempt to try and include elements from games from older audience shows an admirable amount of ambition.

Something is fishy involving Lex Corp’s latest project. Hob’s Bay is a destroyed area of town that Lex Luthor is going to rebuild. And he’s going to do so with the help and input of the city’s high schoolers. (Hurray for unpaid creative input and labor!) However, for some reason Luthor’s robots keep being hacked and going haywire. Some unnerving mechanical dolls keep showing up to attack people too. It is up to you to help people around town, build up Hob’s Bay, and deal with the Toyman’s threats. 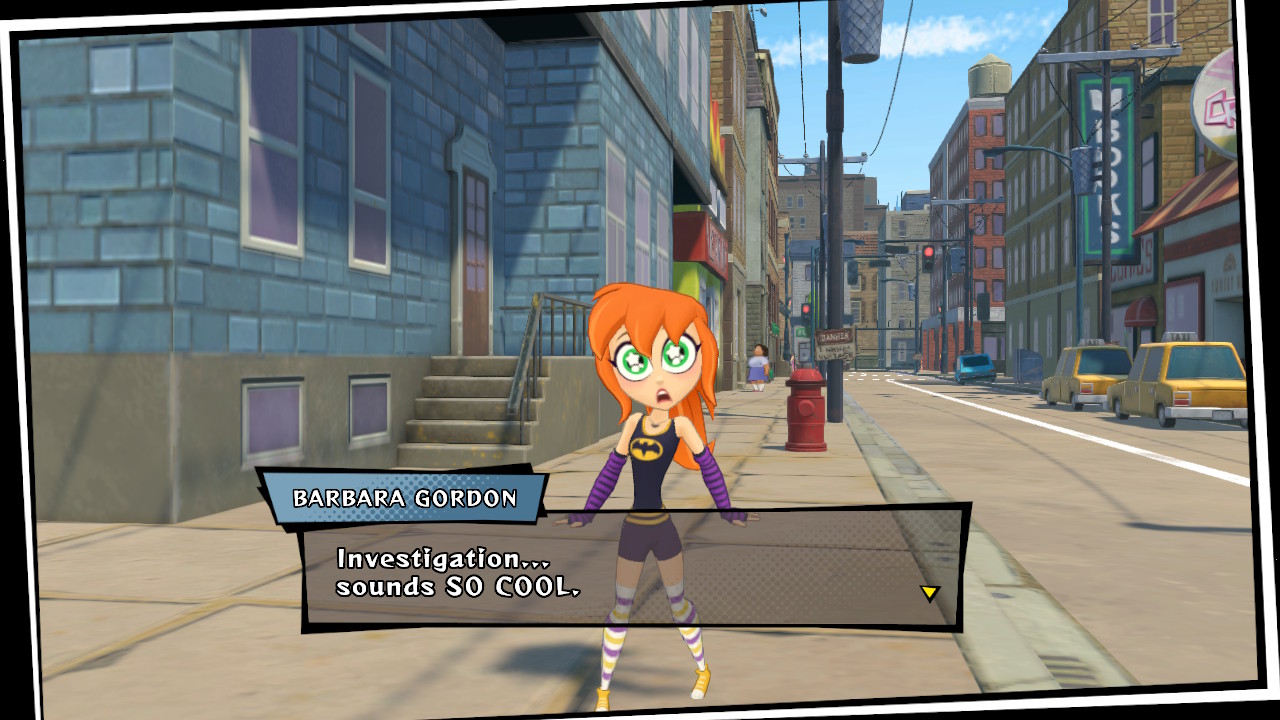 While there are a lot of super hero (and villain) girls in the DC Super Hero Girls: Teen Power Switch game, unfortunately only the most obvious ones are playable. You can be Batgirl, Catwoman, Harley Quinn, Star Sapphire, Super Girl, and Wonder Woman. The good part is that all of them have different body types and skin tones, which is nice to see. You can also customize their outfits, and that is fun. The bad is that some of the voice acting is absolutely terrible. (I find Barbara especially grating, and Catwoman sounds like she’s 30.) The other heroes and hero-adjacent characters are here too, like an especially shrill rendition of Lois Lane, but in an ancillary role. (I’m very disappointed I couldn’t be Bumblebee.)

Gameplay is divided into two parts. In their day-to-day life, the young women explore the city. You might do things like take pictures of certain people or objects. This can boost your follower count, granting access to special shops. There could be side quests, which involve finding items or defeating enemies. There are accessories to buy. People hang out, ready to chat. It feels rather social. I’d say it is an attempt at a hub city like one found in Genshin Impact or Persona. You also are helping to rebuild the dilapidated Hob’s Bay, potentially earning new buildings for that extra space in town. So there’s a small open city to explore. As a caveat, you can only be in their normal teen form for town side quests or exploring town. They’ll only be super heroes during designated missions. 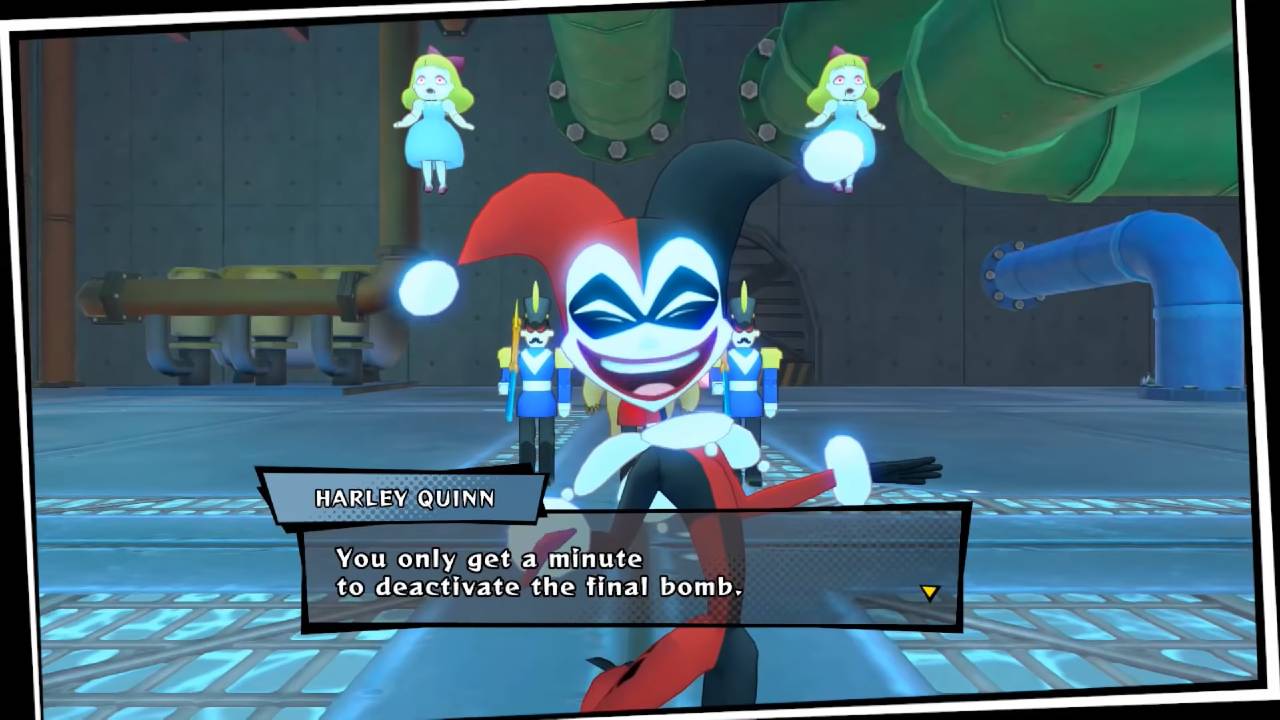 The bulk of the story involves said missions. While eventually you can choose which character you explore areas with, some main and side missions require you to use specific people. While the basic gameplay involves beat’em up sorts of elements that rely on combos and dodges, each character has her own moveset. As they level up, you can invest in different skills. So there’s an incentive to using people evenly. Though if you do have trouble completing a mission, failing a certain number of times will trigger an option where the difficulty and rewards are adjusted so the player doesn’t get stuck.

While most of the characters feel rather balanced, I will say is that flying is absolutely dreadful in DC Super Hero Girls: Teen Power. Which, in turn, makes the Supergirl segments downright disappointing. It all comes down to controls. You move forward with the directional buttons. There’s no “ascend” or “descend” button. Changing elevation is tied to the acceleration trigger. Which means you have to press up or down while holding a trigger to move forward, perhaps also pressing an attack button when you do. But changing altitude isn’t inversed, like they are in a real plane or you’d expect, so there’s a sense of disorientation when pressing down doesn’t make you go up. 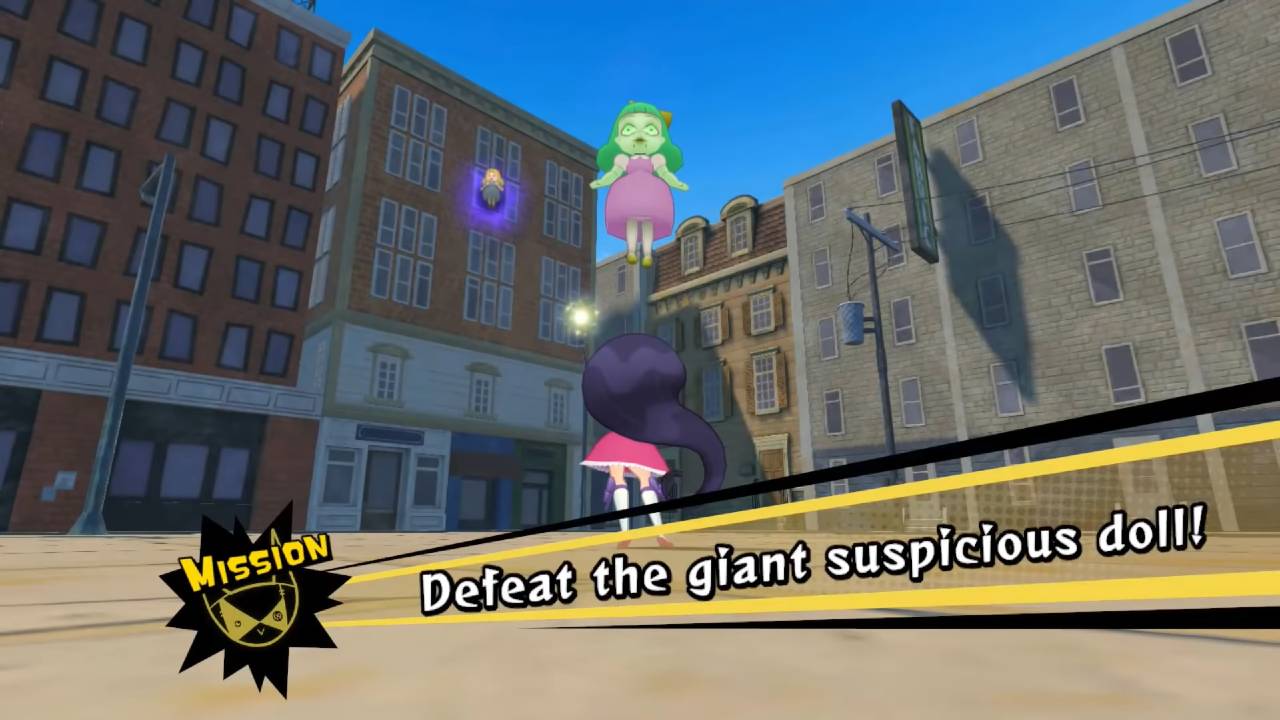 Oh, and the tutorial where you learn to fly has a 15 second timer, doesn’t explain you’re supposed to have Supergirl ram into the enemy robot’s legs, and makes it seem like a whole area with people still in it is destroyed if you fail.

But clearly, DC Super Hero Girls: Teen Power attempts to do a lot. And there’s a lot of fun stuff there. Like I genuinely enjoyed playing dress-up. Some of the missions and boss fights are genuinely challenging. The general ambiance is also quite good and captures the style of the series perfectly. The only issue I have is that it gets a bit tedious at times. While the missions can have diverse objectives, they can lead to a lot of button mashing. Being limited to when you can use powers is a little frustrating too. Still, it is charming in its way. For a title made for a younger audience, it’s quite a quality affair and I appreciate that. It doesn’t talk down to anyone and tries to offer light versions of meatier gameplay elements.

Join the fight as Wonder Woman, Supergirl, and Batgirl from the animated series DC Super Hero Girls, and save Metropolis from the tinkering terror of Toyman! With the city in danger, even frenemies like Harley Quinn, Catwoman, and Star Sapphire will need to band together to help protect the town. Each Super Hero and Super-Villain has a unique set of abilities: for example, Wonder Woman uses her warrior skills with the Lasso of Truth and Flying Shield while Harley Quinn wields her Pop Roulette blaster that fires off mischievous effects to do both a little good and a little bad at the same time.
7