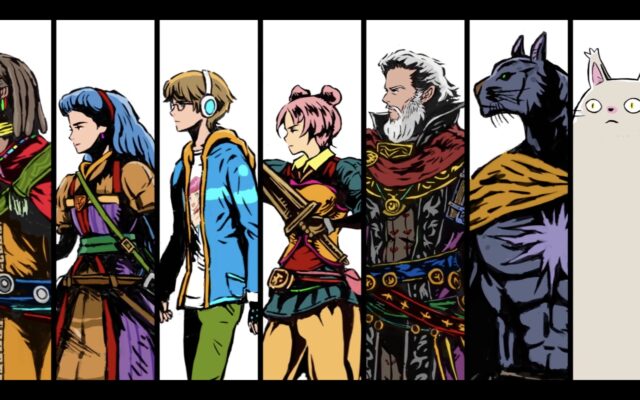 There are certain sorts of games that hit certain marks and, as a result, captivate you. Atlus’ Etrian Odyssey is challenging, but in a way that makes sense, and drives people forward with a need to chart every corner of a map. Now Square Enix’s Dungeon Encounters hits those same sorts of notes, especially on the Switch. It traps you. Especially with the illusion you can play a short game. There are no short sessions in Dungeon Encounters. Never. You’ll need to finish one more floor. Or save one more ally who died because of you.

On the surface, Dungeon Encounters seems like a game with little to no story. Except there absolutely is. A labyrinth filled with monsters appeared next to a town. In response to the new threat and his daughter’s death at their hands, Guyselblanc founded the Academy. It’s a place where adventurers gather. Each one arrived with their own reasons to explore the dungeon’s depths. 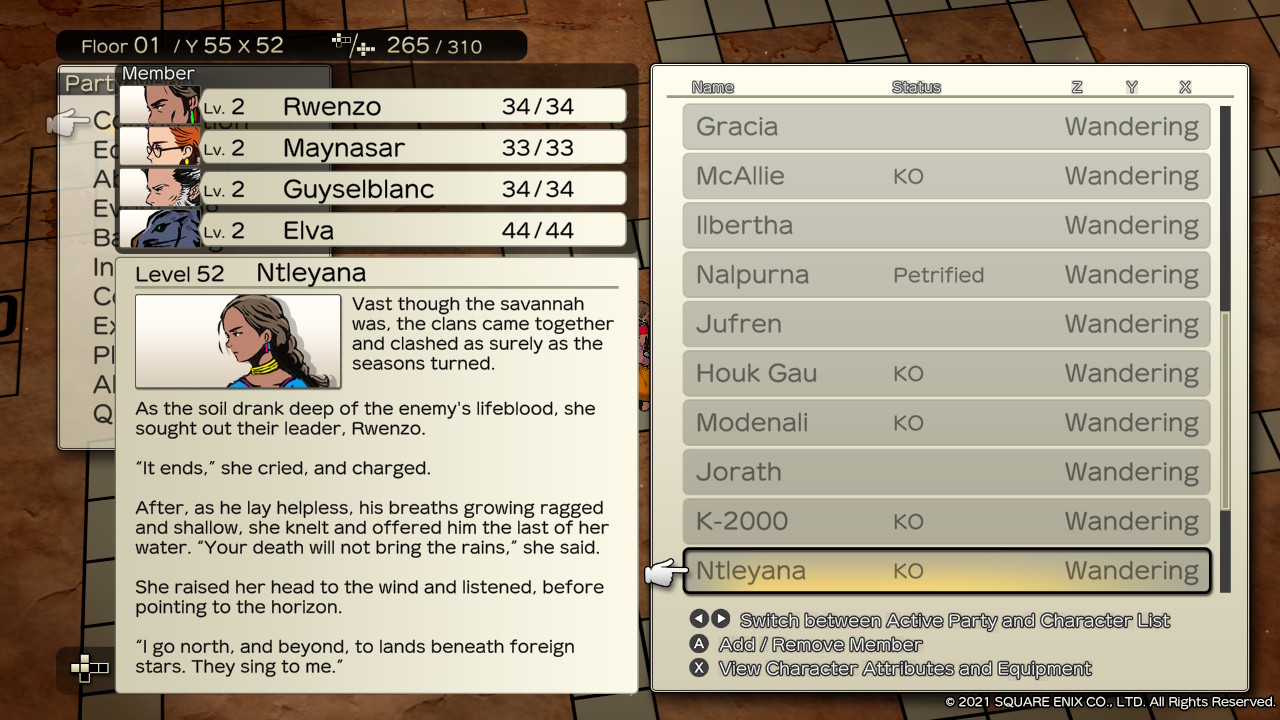 While there’s no detailed story as you explore, I found I couldn’t help but get attached to certain allies. My initial party included Rwenzo, Maynasar, Guyselblanc, and Elva. Why? I thought they looked cool. I didn’t even check their profiles until we were on our way. Maynasar especially spoke to me. A mother supporting her family, she turned toward adventuring when other employment opportunities dried up. I didn’t realize Guyselblanc created this guild. Once I realized Ntleyana, the person mentioned in Rwenzo’s story, is a “wandering” adventurer KO-ed somewhere in the dungeon, I decided their “story” involved them eventually reuniting and working together for the same cause. Though all of these setups are brief, each one is so detailed. They make you want them to succeed.

Of course, after saying that, I must admit my hubris got Rwenzo, Maynasar, Guyselblanc, and Elva killed. I got too arrogant on the sixth floor. A group of foes consisting of enemies like Black Bears and an Alligator wiped them out.

Dungeon Encounters forces you to make do. Autosaves are the only options. You can’t get a second chance or place a bookmark in a journey. You’re limited to the Adventurers in the Academy or that you come across in the labyrinth. Since all four died, I had to start fresh. Nanga Pahr, Lhaulagi, and Juloche were the only folks left. I sent them first to go pick up Sesspare, who was hanging out at 0036.32, since I had room in the party. Coordinates for characters, events, and places of interest all go by the floor first, then the exact position on the map for that floor. After that, I sent them to pick up Rodovich at 2.92.93. That way, I had two people still at the start to turn to if the rescue attempts went poorly. Which was wise, since a Sculpture on the fourth floor eventually petrified Lhaulagi. When someone is turned to stone, only finding a shrine to heal them can make them recover. (The first one’s at 7.32.33.) 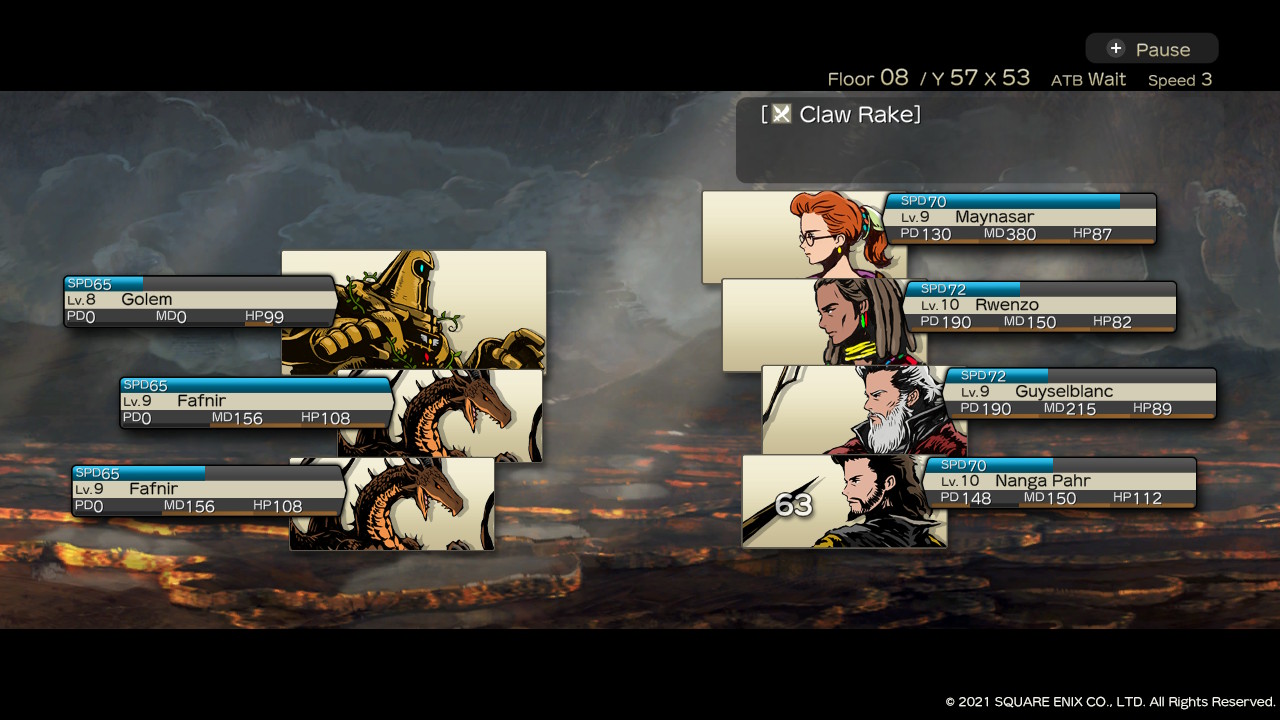 Little by little, it grows on you. I picked away at Dungeon Encounters on the Switch. While minimalistic, the charting of the map and way the path changes from colorless to beige feels fulfilling. Especially since you get Ability Points for charting full floors or hitting tile milestones. That allows you to visit an Ability Station to increase the lineup of skills you can use in the field or in battle. You start with nothing. Eventually, you learn Fiend Scouting to passively see enemies around you. (These appear as numbers too. Which you can consult in a manual to have an idea of what you’ll face on a floor.) Eventually, you learn to do things like run from fights or heal injured allies. While you have to walk all the way around to find stairways or healing spots, ascension and descension skills let you possibly warp up or down. Eventually, you’ll be able to “see” the adventures labeled as “wandering” on the map. You grow. You get better.

That growth applies to characters and shops as well. As far as enemies, when you find one you learn their details. These include stats, where they can appear, and items connected to them. They might drop some. Shop wares can also vary depending on who shows up. With characters, they might have certain predilections. Maybe they come with certain equipment. Someone might have more health than others. As they level up, their Proficiency Points (PP) increase. As all equipment has a PP cost, this limits what they can wield. In turn, this alters their Physical Defense (PD), Magical Defense (MD), and the amount of physical or magical damage they can be counted on to deal each time they attack. 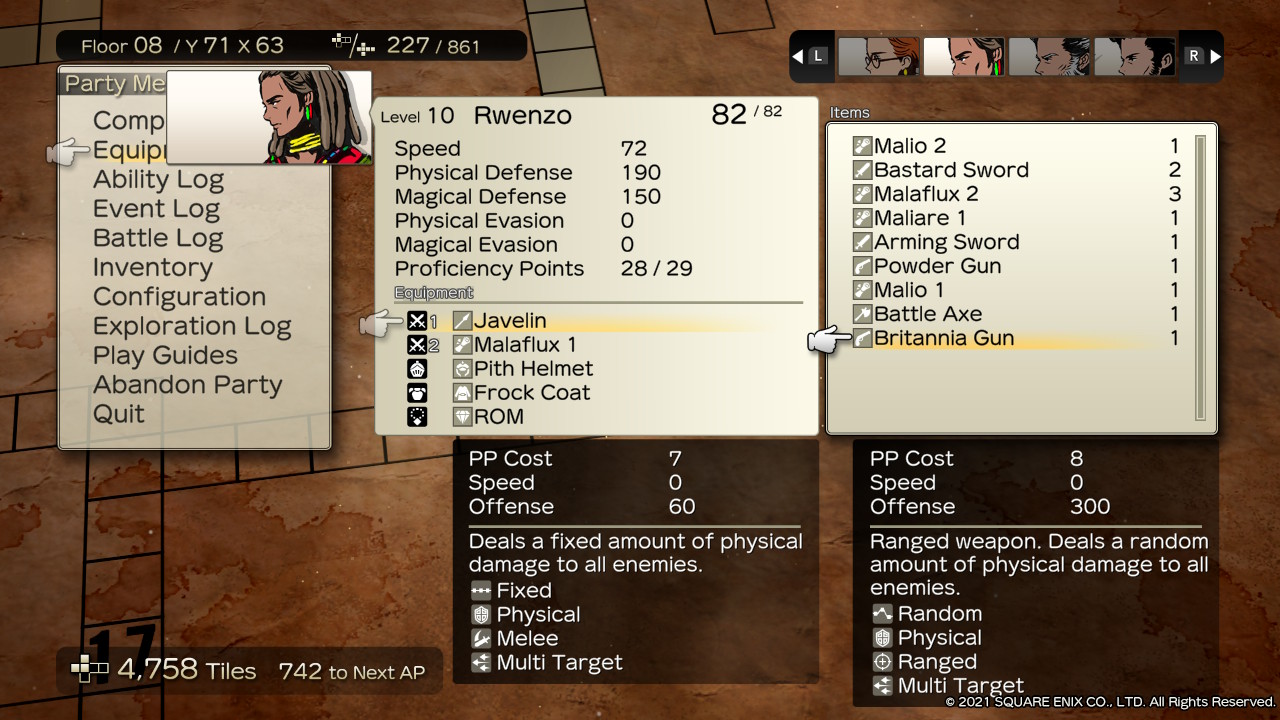 Even the battle system can get surprisingly deep. Both allies and enemies have an ATB bar, which determines when they can attack. Their PD, MD, and Health Points (HP) are all constantly shown. Before HP can be drained, PD and MD must be worn down to 0. Each ally can equip two weapons. And depending on the weapon type, it will deal set or random physical/magical damage and hit one/all enemies. Not to mention some enemies, like the flying Gargoyle, will always dodge physical attacks. Or the Lamia you encounter early on will be the first foe with an attack (Mindleech) that will bypass PD and MD to directly hit HP. Given my bad luck with Sculptures—which eventually petrified Nanga Pahr on a run to the shops outside the labyrinth—I tended to withdraw the second I saw more than one on the opposing side.

But what I especially loved is how Dungeon Encounters rewards you for being observant. There are many events that are essentially little puzzles. They direct you to certain coordinates. If you manage to get there, you typically get an item well worth the effort. It also rewards you for keeping track of things. Which is why I think Dungeon Encounters is best on the Switch. I have a whole list of notable points on each floor. You start to recognize number combinations the way you would images. 01 and 02 are always stairs. If I see 06, I’m heading there to heal ASAP. And if I see a spot of the labyrinth I can’t reach and that doesn’t have a hidden path leading to it, I note the exact coordinates so I could use an eventual field ability to get there. 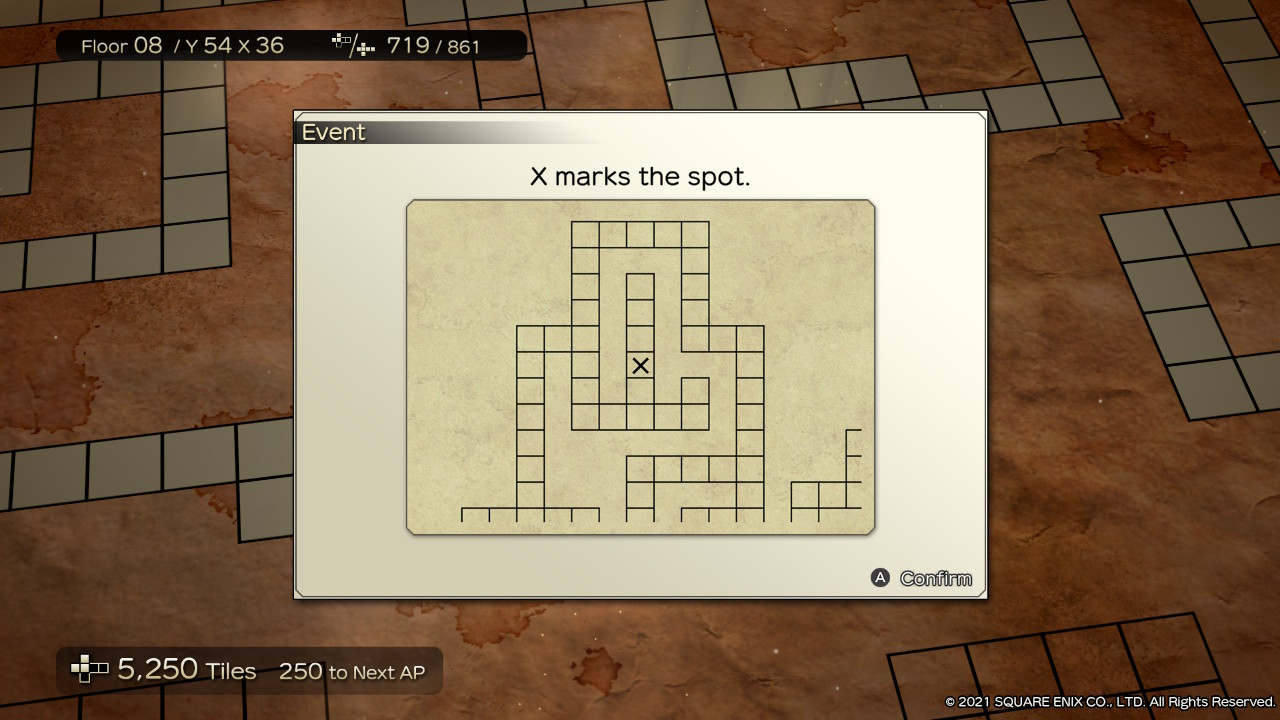 There’s so much to Dungeon Encounters. People might not even notice at a first glance. But the systems at play are so compelling and rewarding. Finding a new item. Beating a party of foes that stumped you before. Managing to track down a wandering adventure. Saving a party of fallen allies that died earlier because you overestimated your abilities. It’s enthralling. And given the nature of the Switch, it is even more satisfying playing Dungeon Encounters there in any situation and taking tons of notes. It’s one of my favorite surprises in 2021.

Dungeon Encounters is available worldwide on the Nintendo Switch, PlayStation 4, and PC

An otherworldly labyrinth has suddenly appeared on the outskirts of a quiet town. Make clever use of your abilities to chart the depths, overcome obstacles and defeat your foes in thrilling battles! From some of the key development team behind the legendary FINAL FANTASY franchise, DUNGEON ENCOUNTERS is a dungeon exploration RPG where you must strategize to survive. The streamlined interface gives you the freedom to prepare and manage your party as you strive to reach the final floor. Switch version reviewed.
8