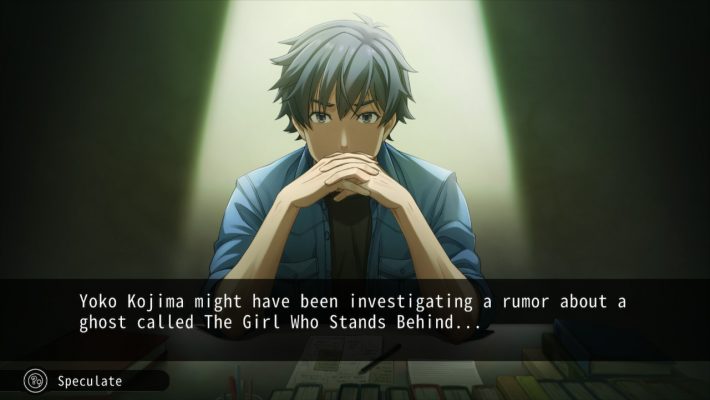 As years go by, the concept of game preservation becomes more critical. After all, we have old games that might become increasingly obscure due to the limited number in existence and the threat of digital storefronts shutting down. But we also have to consider the games that could be lost to time because they were niche enough to appear only in one region. Famicom Detective Club: The Girl Who Stands Behind is a situation in which Nintendo and Mages saved such a game. Granted, it doesn’t get a full quality of life upgrade in the process, but it is an instance when something important is preserved in a fashion and shared worldwide.

Famicom Detective Club: The Girl Who Stands Behind is one part in a two-part puzzle. While it’s the second in the series, its actually a prequel. Which means it’s appropriate to play first or second. Players follow an orphaned young man who ran away to the city to learn the truth about who he is. A detective named Shunsuke Utsugi takes him in as his assistant.

Which is rather fortunate for Utsugi, as not long after a case involving the death of a high school girl named Yoko Kojima crosses the agency’s desk. Yoko got caught up investigating a school legend of The Girl Who Stands Behind as part of the academy’s Detective Club. So players, with the help of the other Detective Club member Ayumi, look into Yoko’s death and The Girl Who Stands Behind. 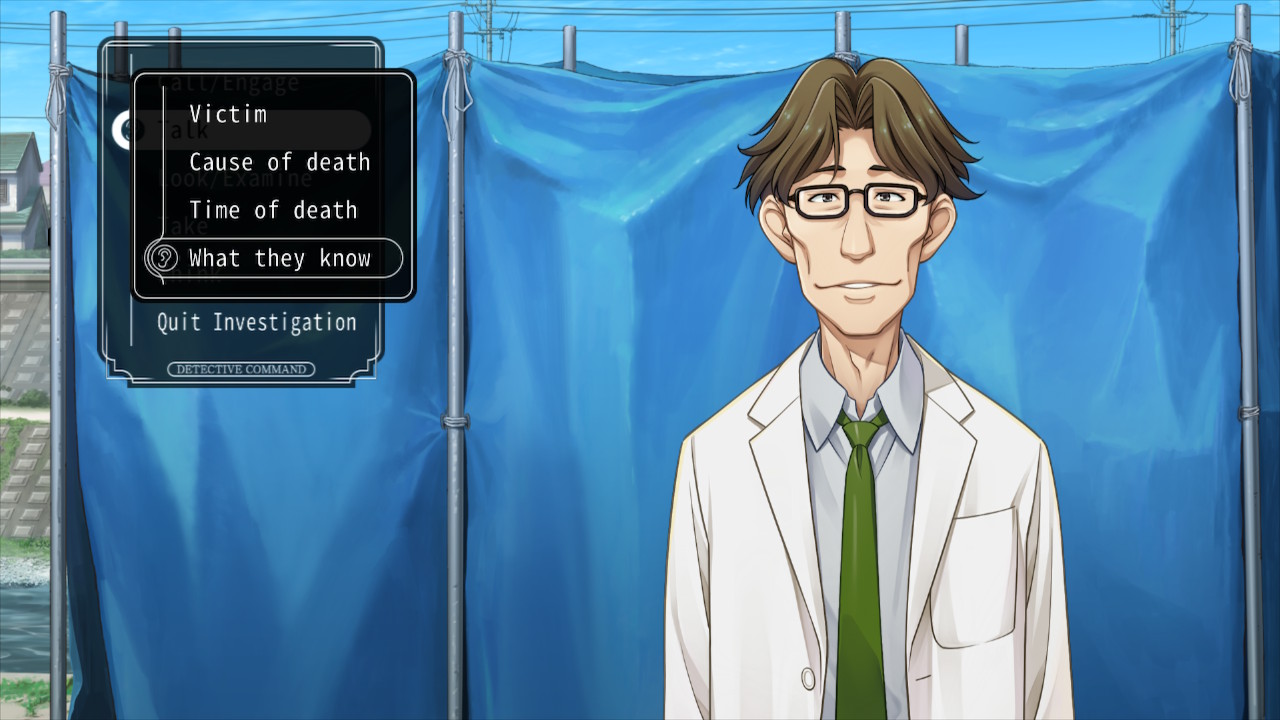 How does Famicom Detective Club work?

While it might be tempting to classify Famicom Detective Club: The Girl Who Stands Behind as a visual novel, it is very much an adventure game. It just happens to have visual novel-quality ambiance. It’s a very cinematic game, with touches like realistic character movements, well-framed set pieces and investigative triggers that actually cause animations to occur in the background or dramatic moments. It’s lavish, to be sure, and looks more modern than many contemporary visual novels I’ve played. (Even ones also made by Mages!) It fully remade the mystery adventure. The story is largely the same, but the script is a bit longer without the technical constraints of the Famicom Disk System.

In Famicom Detective Club, players use menus to ask questions, examine environments and generally investigate incidents to solve a case. There’s a lot of trial and error here, as you’ll ask people about things until you find a clue or breakthrough. Unlike later detective games, though? There’s no real grading or failure here. You keep investigating until you find what you need, and then the game lets you move on. Success is doing so quickly and efficiently. 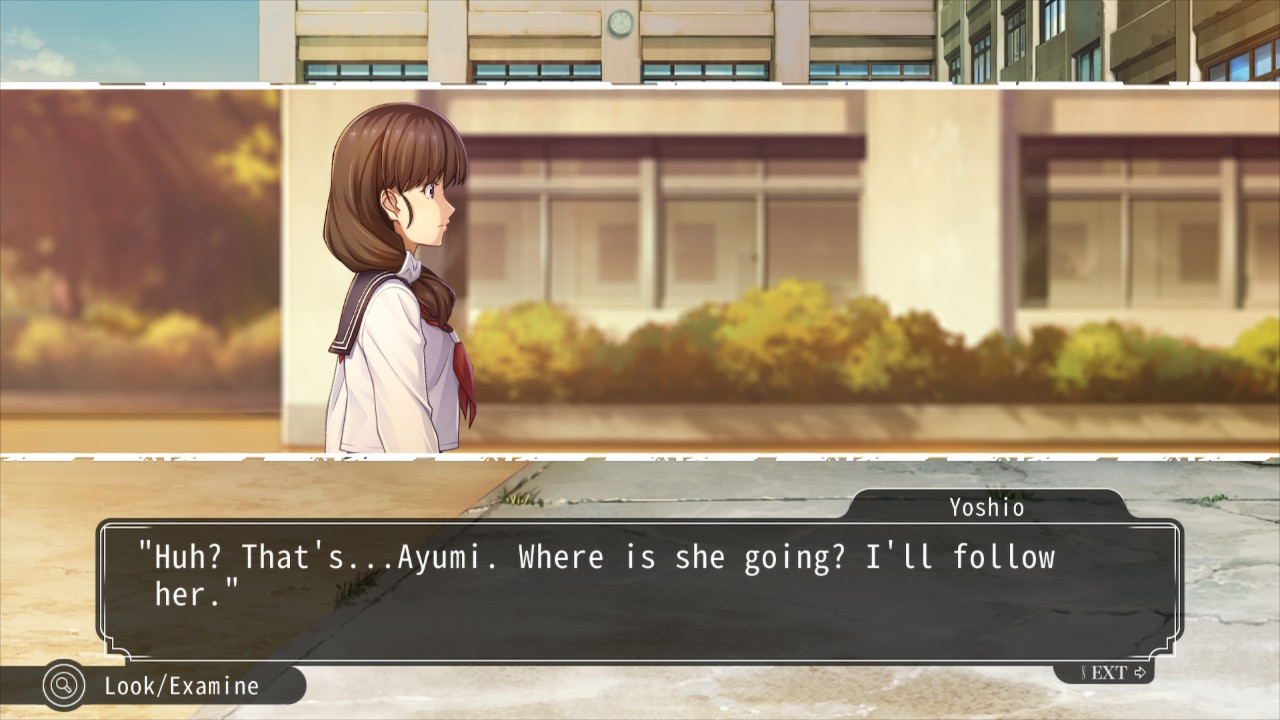 What makes The Girl Who Stands Behind special?

One of the most critical parts of any adventure game or visual novel is its story. Famicom Detective Club: The Girl Who Stands Behind has a rather good one. It gets its hooks in by suggesting there could be some supernatural element. There’s a sense of proving yourself, too. The protagonist is a young man who, until Utsugi took him in, was alone in the world. There are also genuinely dramatic and thrilling elements, because we are dealing with murders and the sorts of serious situations that, well, you wouldn’t have expected Nintendo to be dealing with back when it debuted in 1989! It’s interesting and, even when the gameplay tried my patience, the quest for resolution kept me going.

I will also admit a sense of obligation behind playing it. Famicom Detective Club: The Girl Who Stands Behind is a piece of history. The Ace Attorney games we play now? They built upon a foundation games like this laid. Like obscure Japanese games? They don’t get more obscure than this. Especially since there were multiple ports of this installment in particular that we never got. Not to mention people get a chance to see a piece of Yoshio Sakamoto’s catalog, a game he put so much work into as he wrote the story, before he got involved in series like Metroid. 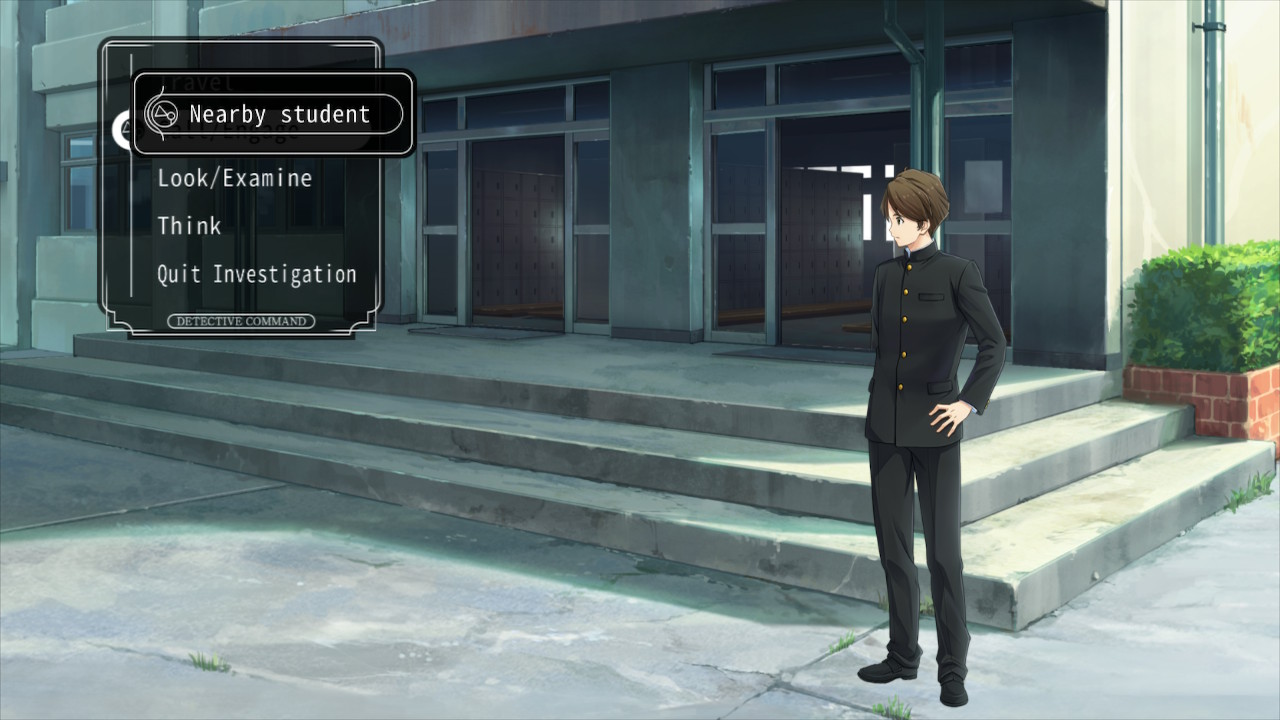 Both Famicom Detective Club games are an acquired taste. That doesn’t mean they aren’t fun! But you have to prepare yourself for how it plays.

You need to be patient. The games aren’t bad, but they are three decades old, and that age shows through in the form of tedium. It looks better, sure. But it is still going to do things like ask you to “take” someone’s hair to move it, rather than use a more appropriate command. Because that’s all there is! And there might not be a label for something you would need to try, because that’s how things were back in the old days.

You also need to feel invested in the mystery. This is a narrative, through and through. You’re not going to be able to ride out the campaign with gameplay fun or cute character moments. If you’re so wrapped up in the story that you’re okay with just trying a bunch of menu items for a while? Or when you’re stuck because the language quirks aren’t so easily fixed with localization? You’ll be fine.

As long as you clear those hurdles, you’ll find a game with next-level animation that makes it feel at times like an interactive anime. You’ll find a subtle narrative that ramps up over time and takes twists and turns. You’ll find a detective tale that will make you want to take and review your case notes. And you’ll also find a window into a part of Japanese games history that we hadn’t been able to see. 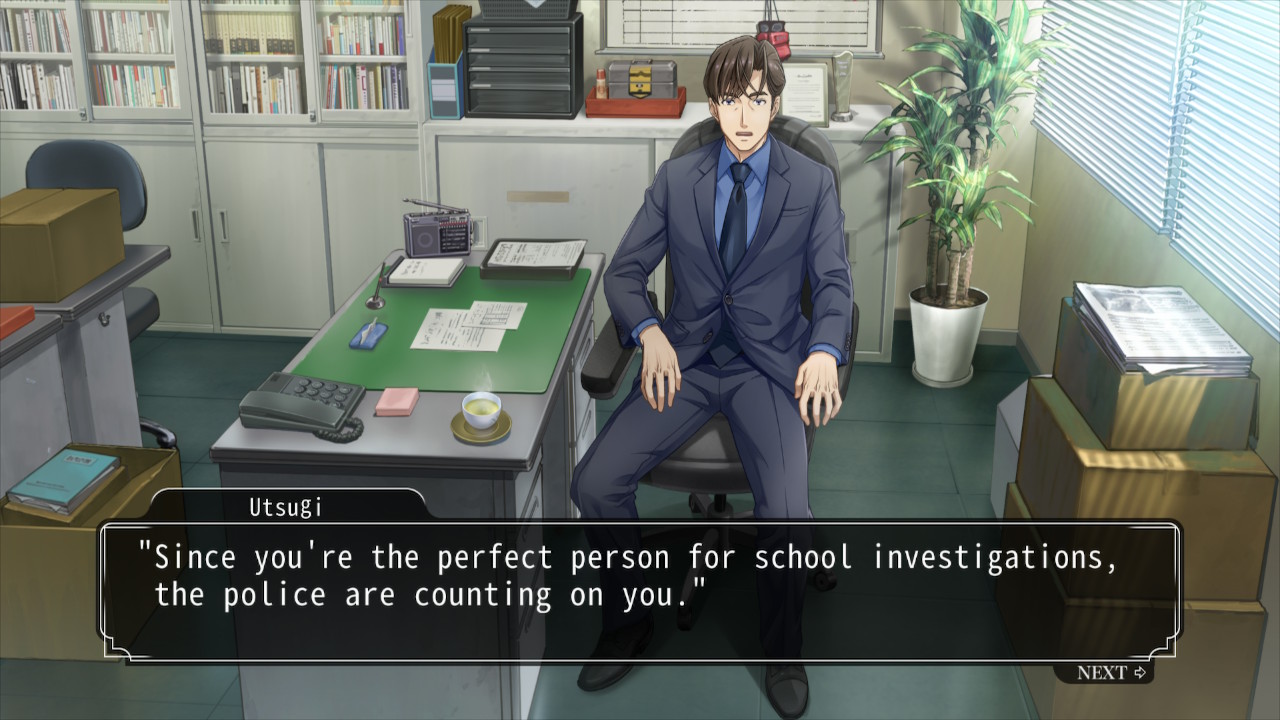 There are times when Famicom Detective Club: The Girl Who Stands Behind shows its age. It absolutely isn’t user-friendly sometimes. However, its story is surprisingly timeless, and the new presentation is stunning. It’s a gorgeous adventure with a mystery that’s more well thought out and serious than I expected. I’d even say it can be approachable in spite of itself. But more importantly, it’s an opportunity to see another side of Nintendo’s history that for years we didn’t get to see.

Famicom Detective Club: The Girl Who Stands Behind

Interrogate suspects and hunt for clues to piece together chilling conundrums plaguing a high school in Japan. Suspense (and a little bit of horror) ensues as you try to free students from their nightmare. Can you figure out who the culprit is…before it’s too late?
6

As long as you clear the hurdles in Famicom Detective Club: The Girl Who Stands Behind, you’ll find a game with next-level animation that makes it feel at times like an interactive anime.