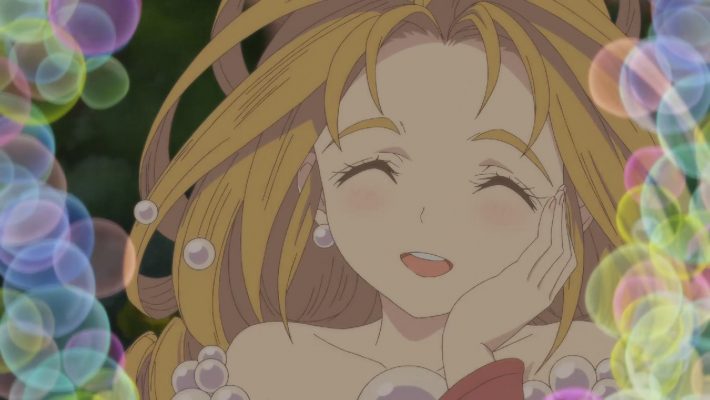 Square Enix’s Mana series, like the SaGa series, is finding new life and respect in recent years, what with the Secret of Mana remake, Collection of Mana localization, and Trials of Mana remake. It’s an opportunity for new appreciation. Fortunately, that means Legend of Mana is getting its own moment on the Switch, PS4, and PC with a remaster. While it doesn’t exactly address every issue present in the original game, it looks amazing and includes some features that might ease frustrations.

Rather than one story, Legend of Mana is the tale of many people figuring out how to get by and managing varying relationships after devastating tragedies and events. While you’re undoubtedly a hero and someone rebuilding the world, it often feels like you aren’t the focus. And you’re not. This isn’t your story. This is the story of survivors of a race that’s going extinct. It’s the tale of friends who are pulled in different directions because of conflicts between their races and roles. It’s a look at what happens when two siblings fight against each other in the name of different causes. It’s about relationships and restoration. 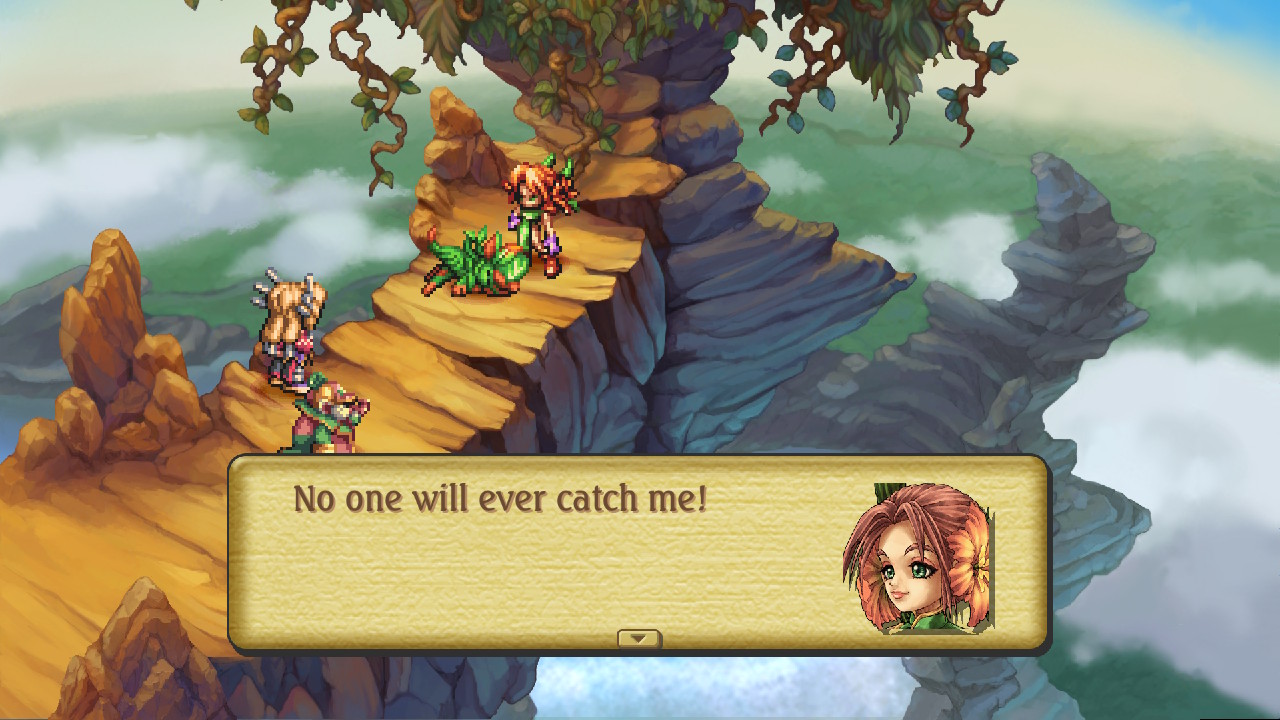 Given Legend of Mana is a Mana series game, certain elements remain consistent. It is an action-RPG where you can trigger combos with light and powerful attacks to deal damage and stun. You can build up a gauge to perform special moves. You can craft and plant. There’s monster raising. If you have a friend nearby and an ally, they can control the second player. In many ways, it is comforting in its familiarity.

Which is good, because the general concept throws protocol right out the window. Legend of Mana is set in a world where its lands were saved and stored as artifacts following a major war. You collect these items as you go about adventures and stumble into other peoples’ stories. Then, you use them to rebuild lands. As you do, you trigger more events and see major and minor affairs that offer a better idea of what’s going on. It’s freeform in a way many SaGa games are. And if you want to find every bit of plot, you either will have to do a lot of roaming around or find a guide. 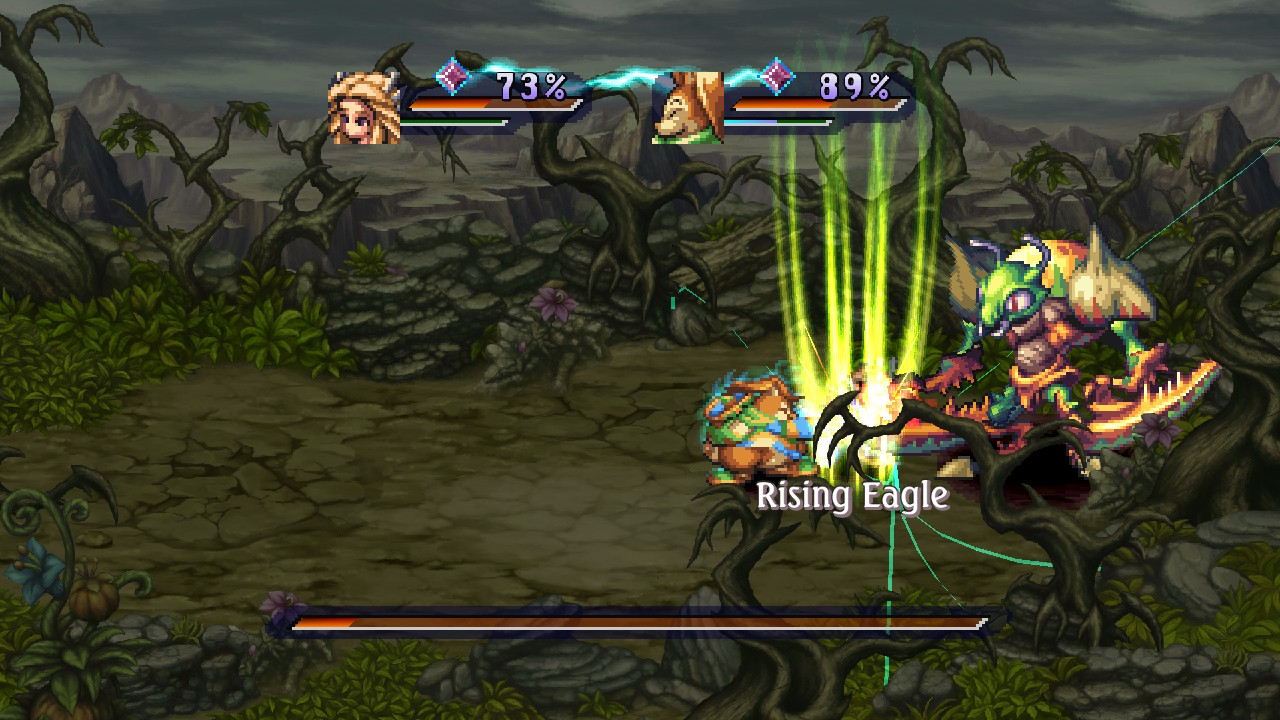 Though, there are some elements that don’t exactly work as you might expect. For example, when Duelle is telling you how to attack, the buttons you’d use to perform might be absent. Also, Legend of Mana is very much a game that tends to leave you to your own devices when figuring out concepts. It is still lacking when it comes to tutorials.

Fortunately, two mechanics unique to the remaster can make those elements easier to deal with. You can turn off normal enemy encounters. This is especially handy when attempting to find the trigger for an event or correct path through an area. You can also save at any time. Which again, is quite handy if you’re unsure about artifact placement or what to do after starting certain events. These both feel like anti-frustration features in a game that could otherwise confound people. 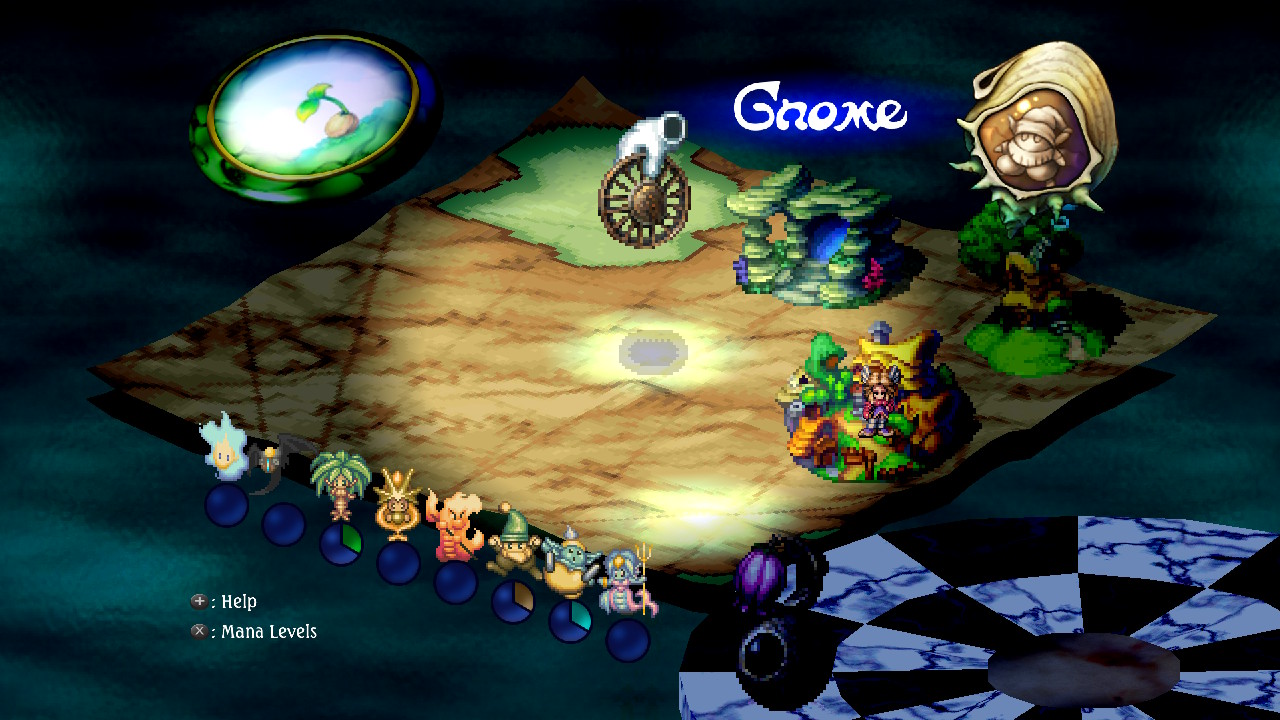 But the appeal here lies in two things. One is having access to an entry that people might have missed. And it is definitely everywhere with this remaster. There’s the new widescreen perspective for Legend of Mana, which works quite well on the Switch. Its controls adapt well to the handheld. The new UI work makes it easy to read without detracting from the original design.

Not to mention how well that original design holds up. M2 is a master of ensuring old games look great on modern hardware. The nature of Legend of Mana means the efforts worked out extraordinarily well. As this is a 2D game, with elaborate sprite work and environments, the remaster means it is clear, crisp, and stunning. Every character is filled with personality, and you can appreciate and see every detail. And its soundtrack remains a delight. 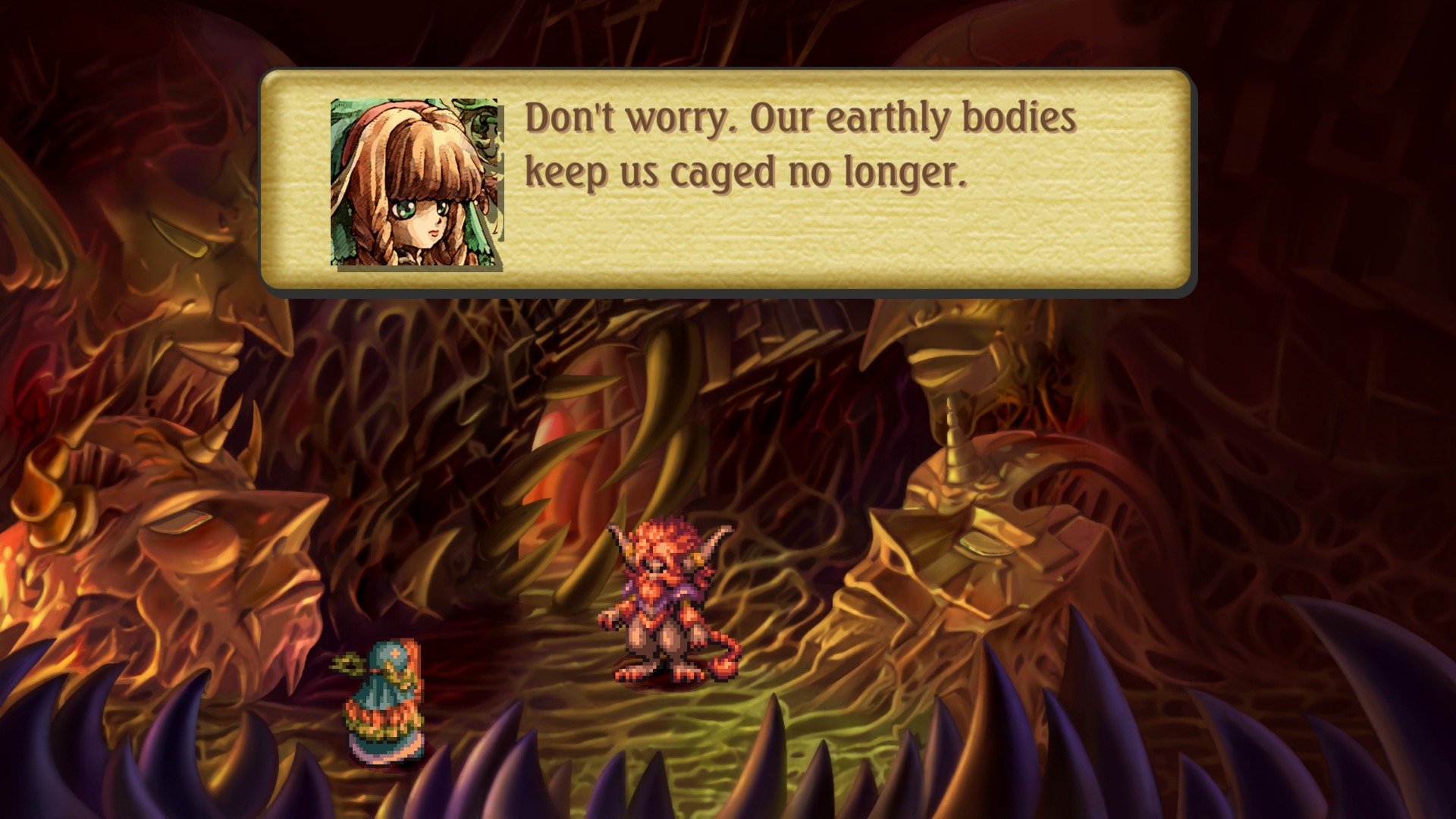 With this Legend of Mana remaster, we have a chance to appreciate an entry in the series that might not enjoy the same attention and affection as Secret of Mana or Sword of Mana. Like installments in another Square Enix series, it dared to be different in telling its story. That said, some of its quirks then hold true. Those unwilling to be patient or experiment could miss out on a lot. It isn’t always as intuitive as one might expect. But it is still a case of M2 making something old look and run well again and one of the better and more unique entries in the series.

The Legend of Mana remaster will come to the Nintendo Switch, PlayStation 4, and PC on June 24, 2021. It is also available on the PlayStation.

Set off on a journey to find the mystical Mana Tree seen in a dream, before discovering... the world map is empty! During your travels, you’ll acquire special artifacts; place these wherever you’d like on the map to bring towns and dungeons to life and advance the story. Meet a colorful cast of characters, square off against fearsome monsters, and complete quests in the vast world of Fa’Diel. Not only has the music been rearranged for this remaster, you can also alternate between the new and original soundtrack. Other features have also been added, including the ability to turn off enemy encounters, and the never-before released mini-game "Ring Ring Land." Switch version reviewed.
7