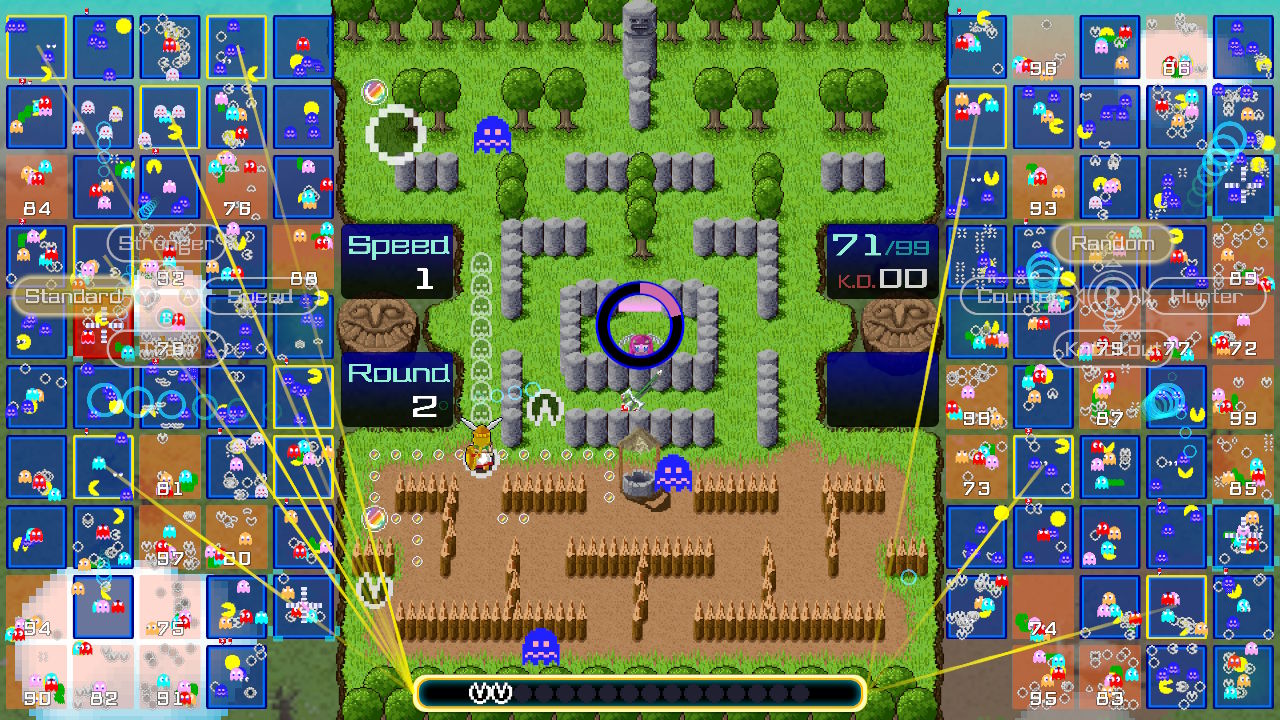 Pac-Man 99, the new Nintendo Switch Online exclusive, seeks to follow in the footsteps of the battle royale retro games that preceded it. And that’s not unreasonable! A game like this needs classic, addictive action at its core, and Pac-Man is certainly that. So how does this adaptation fare? And is it worth it to invest in the “deluxe” paid experience? Let’s dig in. 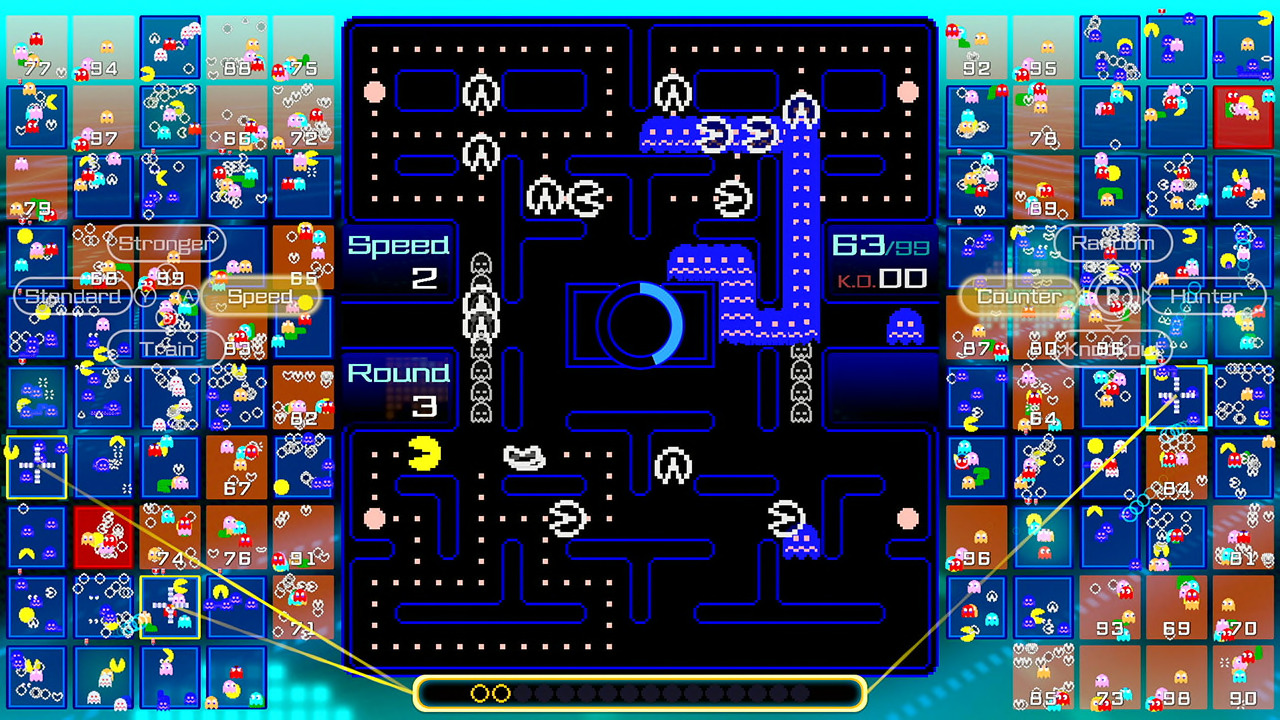 Nintendo Switch Online members can download Pac-Man 99 and play for free, much as they can with its predecessor, Tetris 99. (And like they briefly could with the limited-time Super Mario 35.) The similarities certainly don’t end there. Developer Arika built Pac-Man 99 directly on the bones of these games, pulling interfaces and likely recycling a lot of code to make it happen.

That’s not necessarily a bad thing. After all, the refining work on those games can carry over here. That way, the focus can be on making a version of Pac-Man that fits with that pacing. And that pacing? As fast as it can manage.

There are a few main changes to Pac-Man 99 from the classic game to make it work. You can collect lines of ghost icons to make them spawn and follow one ghost in a snake formation, making it easier to rack up huge combos. You can refresh the screen’s dots by collecting the fruit in the center. As you play, more and more Pac-Man outlines will spawn on the board, slowing you when you cross them. Eventually, red outlines pop up and will end your run if you touch.

The result is a game that’s well-tuned. It’s generally a little easier for players to get going, clear a board or two and rack up some multipliers. This is important, because the better “failure” feels, the more players will stick with it. From that comfortable base, it ramps up rather quickly. Being slowed down feels minimal and irrelevant, until the moment you absolutely needed to get away a bit faster. The paths you take become formulaic and easy to repeat, until your plans are foiled by a red obstacle in your way. While the arc of Tetris 99 felt similar to its base game (if a bit faster), this Pac-Man is very much its own. 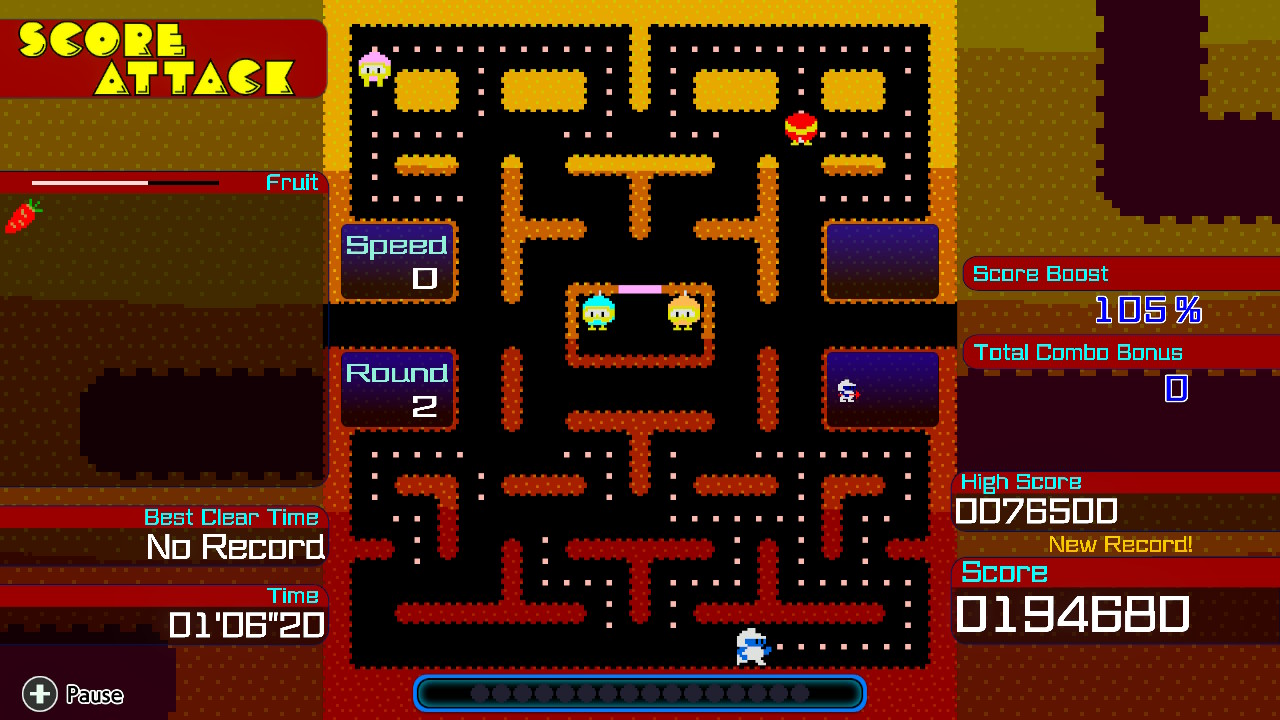 Investing in Pac-Man 99’s downloadable content, outside of perhaps a cheap theme you like, feels geared for a more dedicated audience. Do you want to practice when you’re offline, or chase scores in some single-player modes that still follow this game’s version of the formula? Do you want to play in private matches? (With, uh, only other Deluxe purchasers, unfortunately?) You can, and it’s nice that this stuff is here for people who can make good use of it.

Still, it feels like most players won’t find these “deluxe” features worth the investment. So much of the value is in the online multiplayer battling! And Bandai Namco (thankfully) kept this content from creating any sort of competitive advantage. But that also means it’s sort of ancillary, and unlike Tetris, it’s less of an appealing offline game. You’re likely better off picking up Pac-Man Championship Edition 2 Plus, a game designed for solo play, and keeping Pac-Man 99 installed for its engaging battle royale mode.

If you do want to throw a few dollars at the game, you could do a lot worse than the available themes. While Tetris 99 leans on the Nintendo catalog, Pac-Man 99’s aesthetic DLC pulls from the history of Namco. It’s fun to play with the visuals of Mappy or Legend of Valkyrie! (Or, if you want something a bit more mainstream, Dig Dug.) Though it is a bit disorienting at times, since everything still moves like Pac-Man. 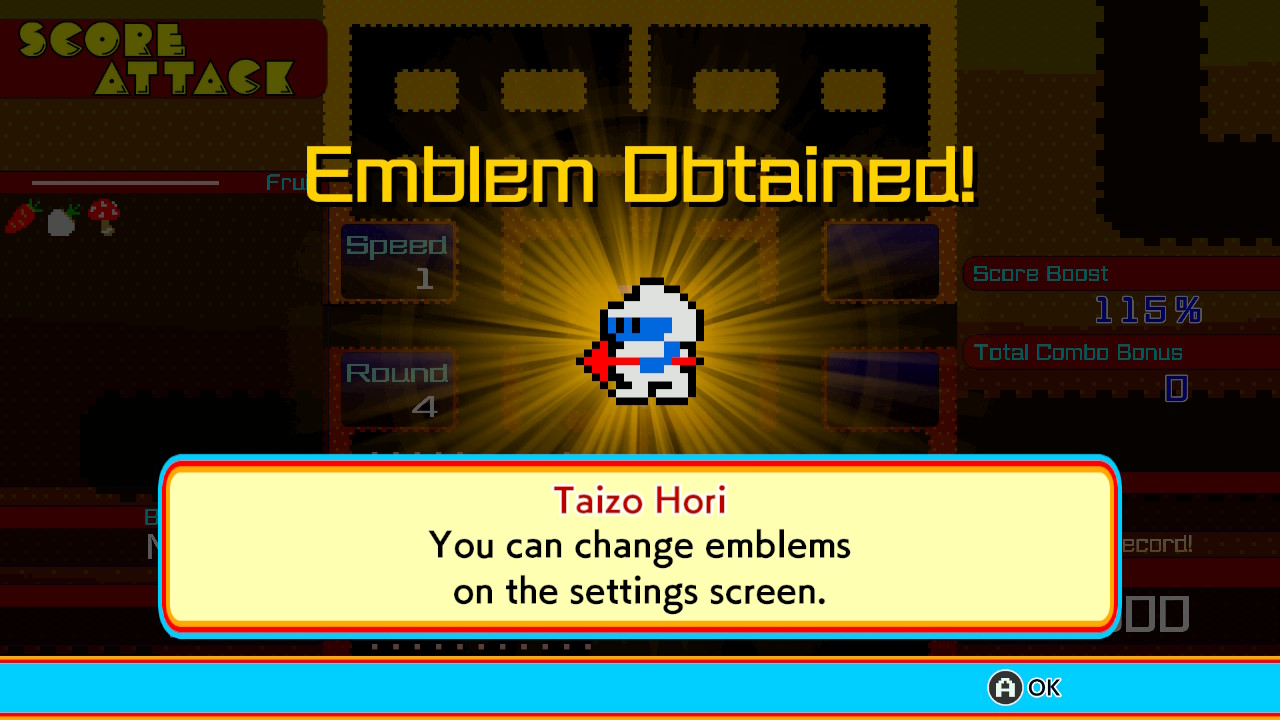 It's an all-new flavor of Pac-Man! Test your chomping chops in a 99-player Pac-Royale!
7