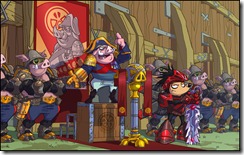 Sparkster, the hero from Rocket Knight Adventures, left the Kingdom of Zephyrus fifteen years ago. Axel Gear, Sparkster’s rival, filled his shoes and partnered with a curly tailed ally.

The pigs Sparkster fought with in the first game are in control of the Kingdom of Zephyrus under the leadership of General Sweinhart. The Zephyrians have a new common foe, the wolf army, which destroyed Sparkster’s home.

Here’s a look at Axel and Sparkster compared to their original sprites. 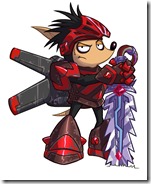 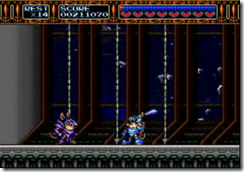