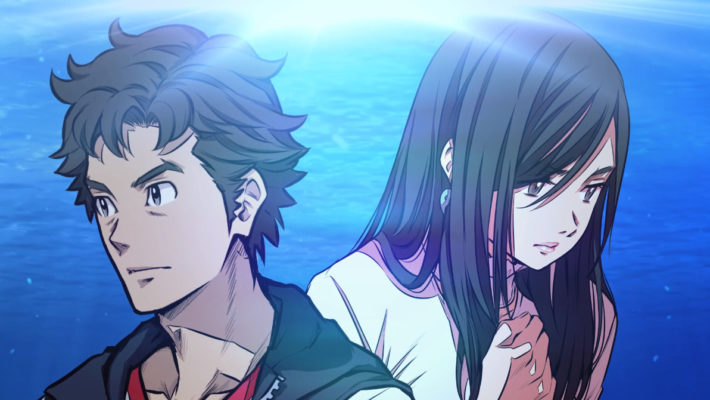 Kadokawa Games has released the third trailer for the upcoming mystery game Root Film, which focuses on a murder mystery that happens as filming for a long-shelved mystery drama just gets underway. This latest video showcases the theme song, “Utakata no Hikari,” and also looks at the game’s characters.

While the trailer doesn’t show much in terms of gameplay mechanics, it does provide an overview of the major characters in the story, including the protagonists. There is Rintaro Yagumo, a rising film director who’s hit a bit of a plateau, and Riho, a talented actress who debuted at a young age. The story begins as a 10-year-old mystery drama project set in the Shimane Prefecture is revived, and Yagumo is chosen as one of the three directors who will compete to be the one chosen for the project. However, a murder occurs mid-way, and Yagumo finds himself stuck in his own mystery drama.

“Utakata no Hikari” is sung by i☆Ris. First-print copies of Root Film will include a video of i☆Ris detailing her thoughts on the song, as well as a video of a full live performance of the song by the artist.

Root Film will release for the PlayStation 4 and Nintendo Switch in Japan on July 30, 2020.