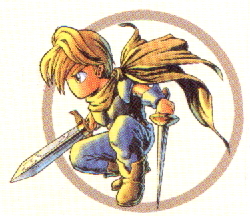 Better known as one of the few Squaresoft (S)RPGs not to grace Western shores yet later unofficially translated into English, Bahamut Lagooon was released on Feb. 9, 1996 in Japan. It’s an interesting SRPG that combined the tactical SRPG and traditional RPG nature by having battles take place in a turn-based setting with four party members making up a team. There are six squad leaders that can be taken into battle, each squad leader having his or her own dragon, and, again, has three extra party members in their party to help fight the good fight. Dragon’s could also be used to help fight and can be fed weapons, armor, accessories, and items to help them evolve into a different form of a dragon. The story of the game revolves around a band of heroes led by the story’s main character Byuu, a silent protagonist, to stop the Granbelos Empire from ruling over each Lagoon in the sky world of Orelus.

If there’s one game that could grace the Wii VC at some point in time or perhaps even see some form of a remake, its Bahamut Lagoon. After all, Front Mission is being remade now being titled Front Mission 1st. To help give you a better idea of how Bahamut Lagoon plays, here’s a YouTube video for you to see.

Cool, huh? It still looks good even after 11 years of age. Some games just manage to stand the test of time right? Thoughts?