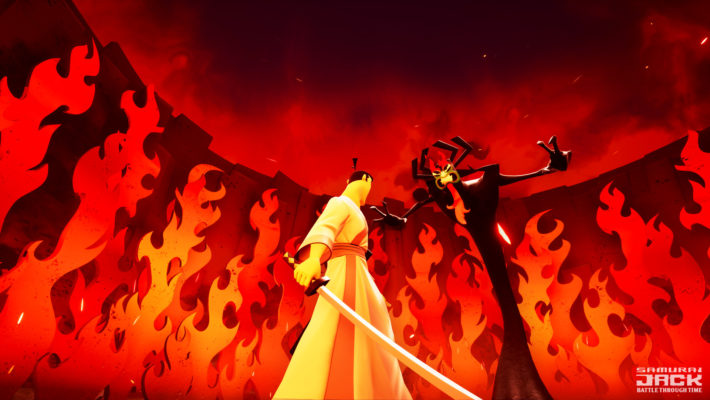 The Samurai Jack: Battle Through Time release date has been revealed. We always knew it would be coming to the Nintendo Switch, PlayStation 4, Xbox One, and PC in the middle of 2020. Now, we’ve learned that August 21, 2020 is what qualifies as the “middle” for now. That’s when it will be available for $39.99. [Thanks, IGN!]

To go along with the announcement, there’s a new trailer showing off Samurai Jack: Battle Through Time’s gameplay. It takes a 3D, beat’em up approach to the normally 2D show. It also shows how well Jack is at using different sorts of weapons throughout the adventure.

As a reminder, the game is picking up where the series left off. It taps into its lore. It also brings back plenty of returning cast members. Phil LaMarr is once again Jack, and he spoke about returning to reprise the character in another video. People will also get to see Greg Baldwin as Aku again and Tara Strong showing up to play Ashi.

Samurai Jack: Battle Through Time will come to the Nintendo Switch, PlayStation 4, Xbox One, and PC. While people wait, they could watch episodes from the series via Cartoon Network and HBO Max.