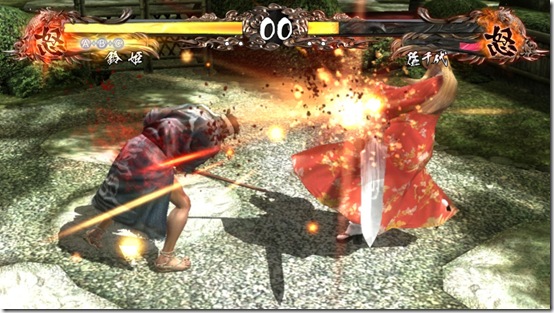 In addition to patching The King of Fighters XII, SNK is also developing Samurai Shodown: Edge of Destiny. The game, which was made to celebrate the 15th anniversary of the swordfighting series, is scheduled to arrive in North America this November.

Ignition is taking care of the Xbox 360 port. The home version has 24 fighters, just like the arcade release. Eleven are classic characters like Haohmaru, Hanzo, and Charlotte. Thirteen are new to the game.

Edge of Destiny is also quite different from the standard Samurai Shodown games since it’s a 3D fighting game. Think Samurai Shodown 64 with K2, the team behind Tenchu: Wrath of Heaven.

Hopefully, SNK learned a thing or two about their netcode with The King of Fighters XII and refine Samurai Shodown: Edge of Destiny’s online mode before it arrives in stores.