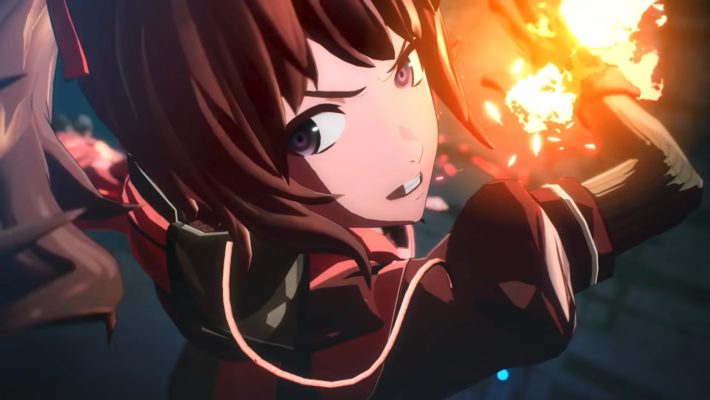 In Scarlet Nexus, each Other Suppression Force member has their own abilities. Yuito, our protagonist, can tap into them to augment his own abilities while he fights. We already knew from profiles that Scarlet Nexus’ Hanabi has pyrokinesis on her side. Now, a new video clip and comments shared by Director Kenji Anabuki provide a little more context.

To be specific, the short video segment looked at what happens when Yuito borrows Hanabi’s ability. As mentioned in Siliconera’s preview, he’s able to draw from the allies fighting by his side, with some quick shortcuts that let players press a button to take advantage of another person’s trademark skill. Anabuki also pointed out that an enemy covered in oil might be especially susceptible to fire.

You can use the fire attack by borrowing the power of Hanabi "Pyrokinesis".

In addition to being able to burn enemies, the range of attacks is wider.

Useful when fighting oily enemies or when surrounded by multiple enemies.#ScarletNexus https://t.co/D9h4qKxr04

As a reminder, while Scarlet Nexus‘ Hanabi and Yuito look young because they’re new recruits to the OSF, other members of the team look youthful for a different reason. Their aging is stopped to preserve their brain power.

Scarlet Nexus will be available for the PlayStation 4, PlayStation 5, Xbox One, Xbox Series X, and PC.