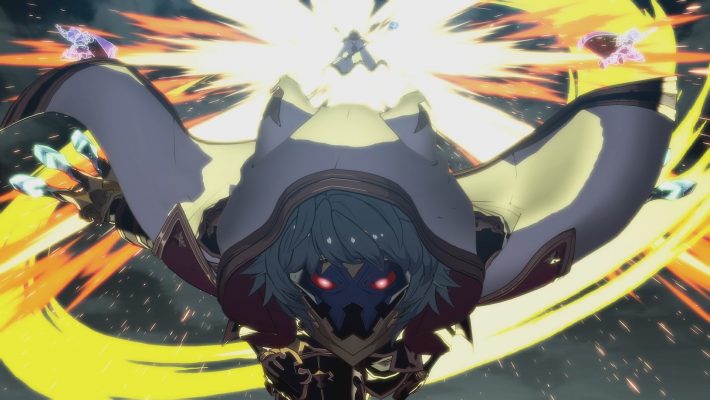 Seox of the Six-Ruin Fist is now in Granblue Fantasy Versus, cutting into the game as its last Character Pass 2 DLC character. The masked man is available alone for $6.99 or in the $34.99 second pass. The platform you’re on determines how much extra DLC you will get. Also, to celebrate his debut, there’s a new trailer looking at him too.

Every version of the Seox DLC gives you five things in Granblue Fantasy Versus. You’ll always get him as a playable character, as well as a Lobby Avatar and Star Character Icon based on him. There will also be two more RPG mode quests where he comes up. The PS4 version gives people two extras with the add-on. They’ll get a sticker of Seox. They also will have an SSR Character Weapon Draw Ticket to use in the game.

Here’s the new trailer showing the Eternal in action in Granblue Fantasy Versus.

With Seox’s debut, there are now 11 extra characters. Granblue Fantasy Versus Character Pass 1 added Beelzebub, Djeeta, Narmaya, Soriz, and Zooey. Then, when Character Pass 2 rolled out, it brought along Anre, Belial, Cagliostro, Eustace, Seox, and Yuel.

Granblue Fantasy Versus and Seox, its last Season 2 DLC character, are available on the PlayStation 4 and PC.