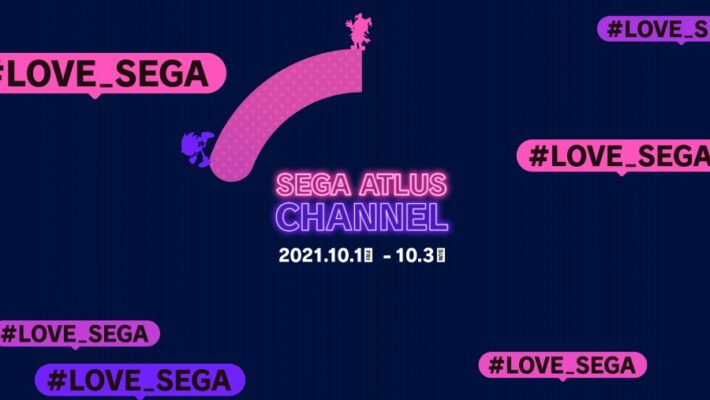 Sega and Atlus announced their Tokyo Game Show events, and it’s kicking things off with a Sega Atlus Channel, official website, and social media campaign. There will be Sega and Atlus TGS 2021 news offered between October 1-3, 2021. Also, people who share pictures on Twitter with #Love_Sega until September 12, 2021 might have those photos included in promotional efforts for the companies and their events.

First, the official Sega and Atlus TGS 2021 site announcing the Sega Atlus Channel is rather barren. All it mentions is the general distribution dates for news. There is the official logo already online, however. It features a purple silhouette of Sonic the Hedgehog at one end. On the other side, people can see the Shin Megami Tensei series’ Jack Frost. The #Love_Sega hashtag appears all around it.

As for the social media campaign, people are asked to share pictures of the things they own, made, or wear that involve famous Sega and Atlus characters. The company will monitor the hashtag on Twitter. It will then take people’s photos and could show them during TGS 2021.