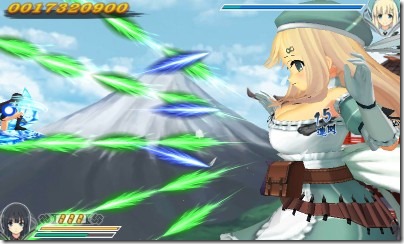 Senran Kagura 2: Deep Crimson recently saw its second major DLC, with Senran Kagura 2: Hipster. This adds a side-scrolling shooter mode to the game. 4Gamer gives us a look at the DLC, which also contains a bit of a new story.

At Hanzo, the city of the future that is full of desires and pleasures, mankind discovered a new “bursting boob power” that has been abused by Hebijo as means of fear and despair.

The story begins with the lives of these young girls, who must overcome two mountains as they fly into the open skies. There’s only one wish—for them to break Hebijo’s ambition, and bring the symbol of hope back to the “bursting boob”.

Okay,that might not make too much sense, but to put it simply, Hebijo have been abusing this newfound power known as the “bursting boob” and the heroines will need to stop them in order to bring back the good name of this power, which has been used for evil.

Senran Kagura 2: Hipster also brings a bunch of extra costumes and other goodies to the game, all for 810 yen. Here’s a look at some of its additional content: 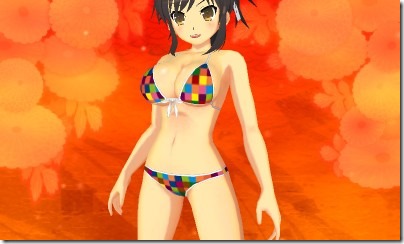 Ikaruga’s older brother, Murasame, was previously only available as a playable character by unlocking with a save data from Senran Kagura Burst; however, he can now be purchased as a standalone DLC for 800 yen.

Thanks to Siliconera reader Fronkhead for the heads up!