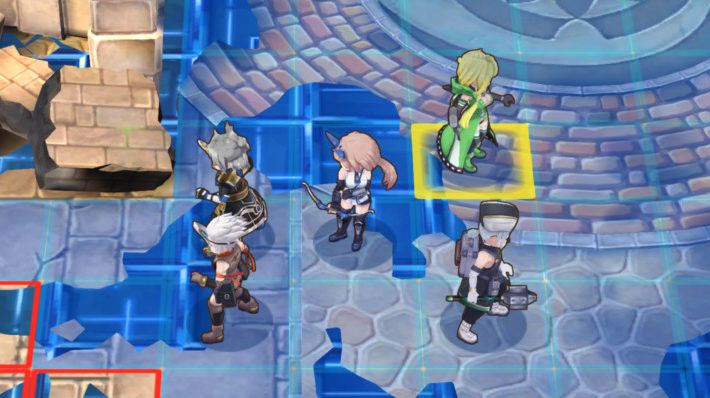 Shachibato! — or to use the full title, Shachibato! President, It’s Time for Battle! Maju Wars, is a strategy-RPG. It’s based in the world of the Japan-only mobile game and its spinoff media. Thankfully for Western audiences, though, it’s largely a standalone experience. Maybe it’s not on your radar? But it packs some interesting ideas that could change that.

In Shachibato!, you control an adventuring company and build up your team as you defend a city from monsters. Dungeons are turn-based, grid-based affairs. These strategy elements feel traditional and familiar, with unit archetypes that make it easy to quickly parse the board. It’s a time management game as much as a tactics game, too. There’s limited time between major fights, and you have to balance delving for resources and upgrading and managing your crew. 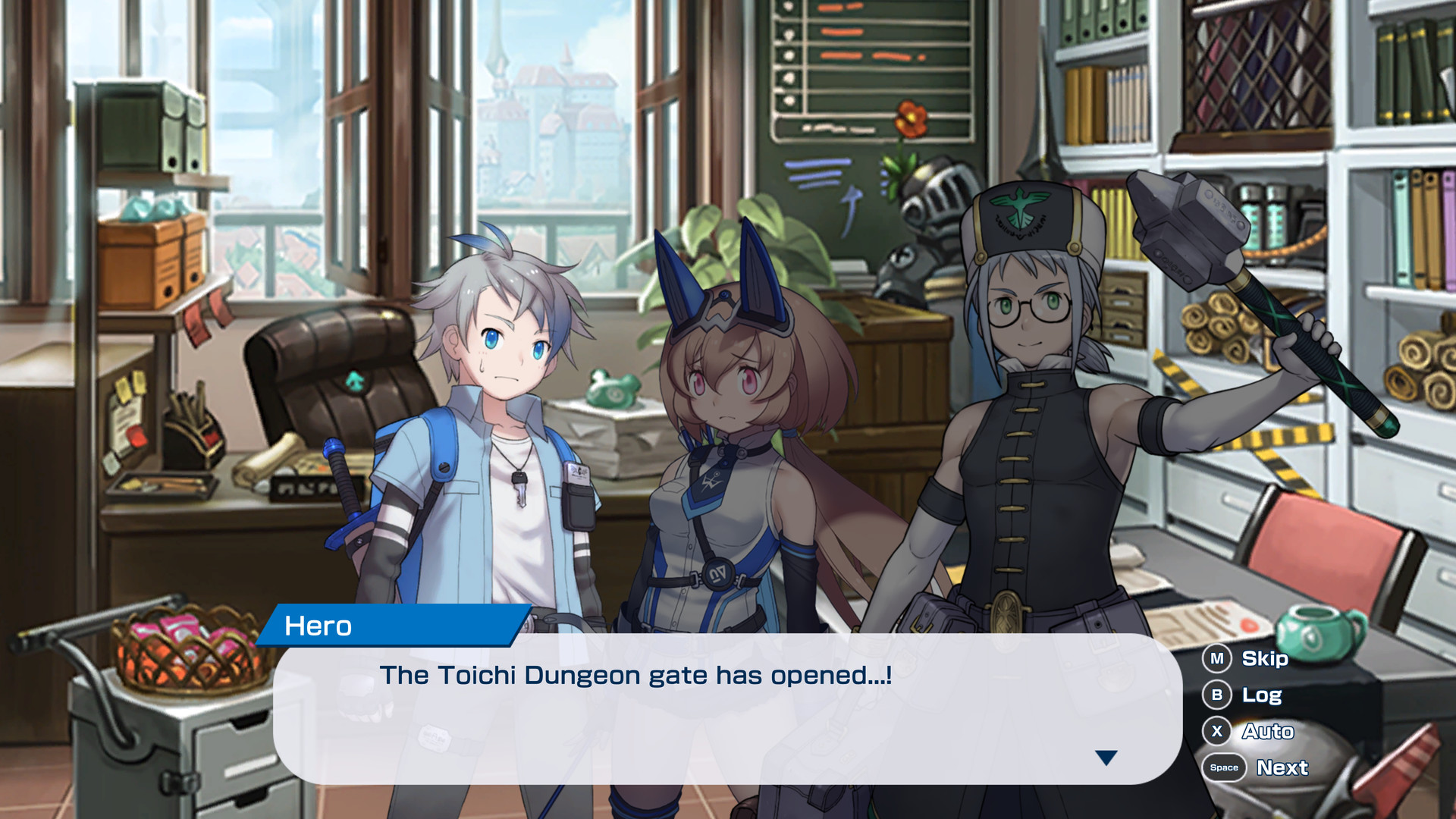 Like most tactics games, Shachibato!’s combat relies on balancing elements and classes. Each adventurer is aligned with one of four color-coded groups, and each has a big combat advantage over another. You’re limited to five slots for each expedition. So it’s important to bring in long-range units, healers and high-defense tanks! You’re encouraged to experiment with these lineups each time, since attribute boosts are company-wide and new battle skills are flexible equipment.

Players may find Shachibato! difficult to understand at first. It’s as much Mystery Dungeon as it is Disgaea, as much Into the Breach as Recettear. It’s a thoroughly Japanese design, but its peers are Western tactical roguelikes such as XCOM and Massive Chalice. The result is a game that doesn’t feel like anything else.

That’s good for Shachibato!, which regularly shows its inconsistencies. On all levels, really! It crashes sometimes. Dungeon ambushes can ruin your run in ways that don’t feel earned. It’s never a deal-breaker, with reliable auto-save, mid-campaign checkpoints and a system for carrying over progress on a new run. 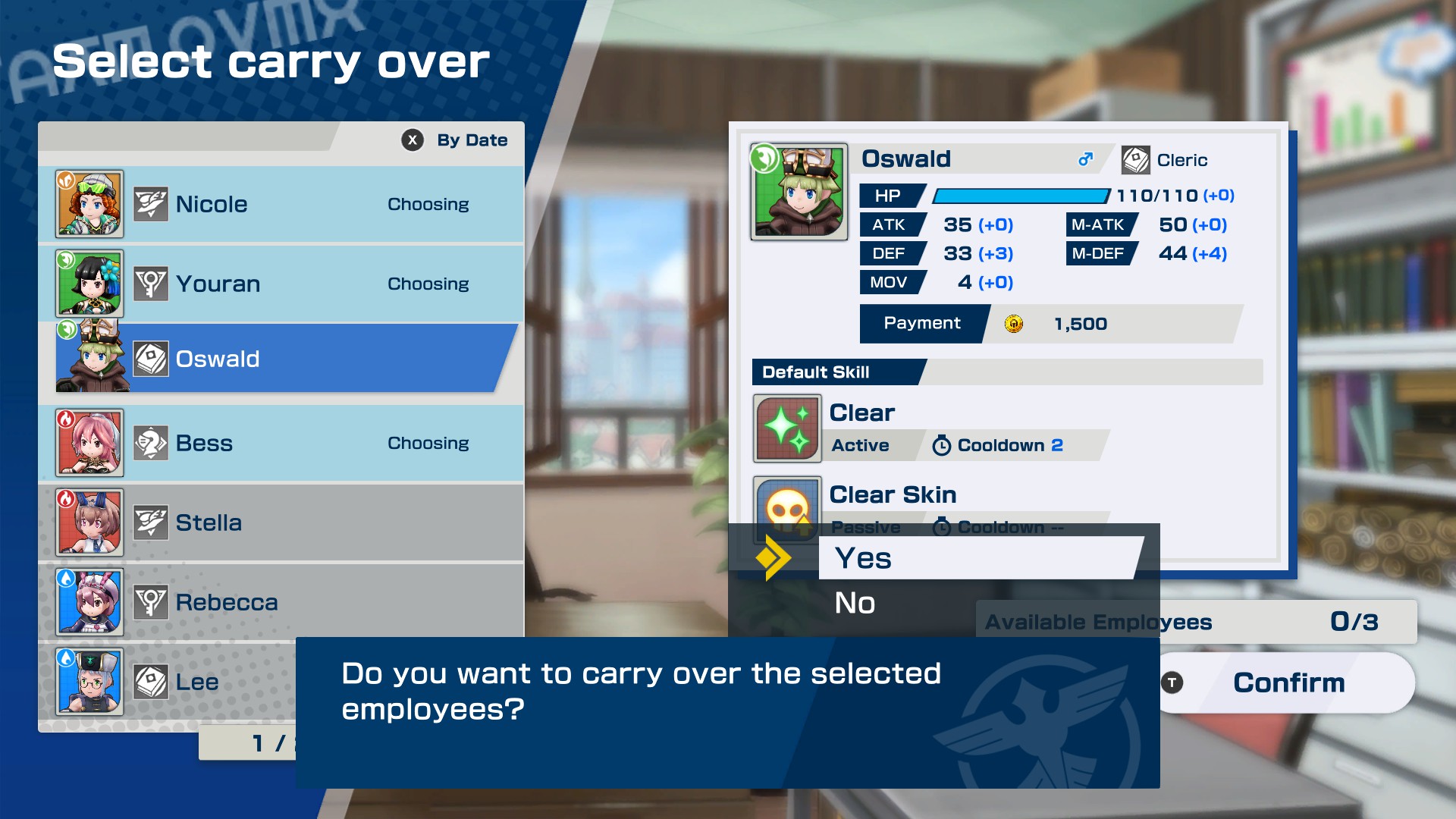 Its unique feel, though, gives Shachibato! some breathing room. It takes time to adjust. It’s a bit weird sometimes. Still, the strategy genre tends to build its ideas within an existing template, and when something new comes along, it’s refreshing in a way that overcomes many faults. Players do need to be comfortable with the “fail a run, then try again” gameplay loop that’s the foundation of the game. But if you’re good with that mentality, it could be well worth the time investment.