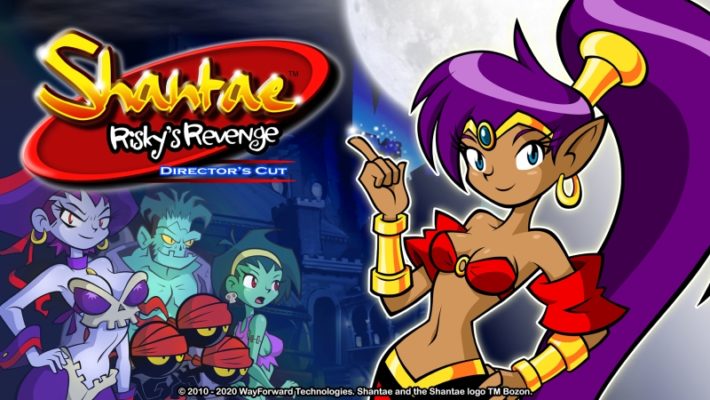 If you’re a fan of the Nintendo DS and 3DS and the digital games that came to it, you may want to take some time to bulk up your collection. It seems that some DSiWare games have been removed from the eShop on those platforms. According to Twitter user Come Out Punching, DSiWare titles like Shantae: Risky’s Revenge and Mighty Flip Champs are no longer available to purchase on the Nintendo DSi and 3DS eShops. [Thanks, Come Out Punching!]

The issue is mainly affecting games released before mid-May 2011. At least in the case of Shantae: Risky’s Revenge, the loss was news to Shantae’s co-creator, WayForward CCO Matt Bozon.

Wow. Having that, and Flip Champs and Milky Way is how you get the starting gem bonus from the vendor in Scuttle Town. I guess that feature slips into the mists of legend.

DSiWare games were first released in 2008 to accompany the Nintendo DSi, the company’s first handheld platform with native internet connectivity. At the time, digital game stores, especially on consoles and handhelds, were new and untested. Publishers used the DSiWare and eShop platforms as a space for smaller titles. Nevertheless, the platform eventually hosted over 360 games. The DSiWare line was discontinued in early 2017, but the games were still available on the eShop and playable on a Nintendo 3DS.

Fans of Shantae, at least those with access to newer hardware, need not worry too much, though. Shantae: Risky’s Revenge received ports on PS4 and Nintendo Switch.

This DSiWare incident isn’t the first time in recent memory that digital storefronts have proven less than reliable. Late in 2020, Sony dropped the ability to buy PS Vita, PS3, and PSP titles from the web and mobile editions of the PlayStation Network storefront, as part of its update to the store just before the PS5 launch. The move, coupled with the deteriorating technical state of store access on the older hardware (the PSP store was already inaccessible, and the Vita/PS3 stores increasingly unstable), meant that for many, digital versions of those games became almost impossible to buy legitimately.