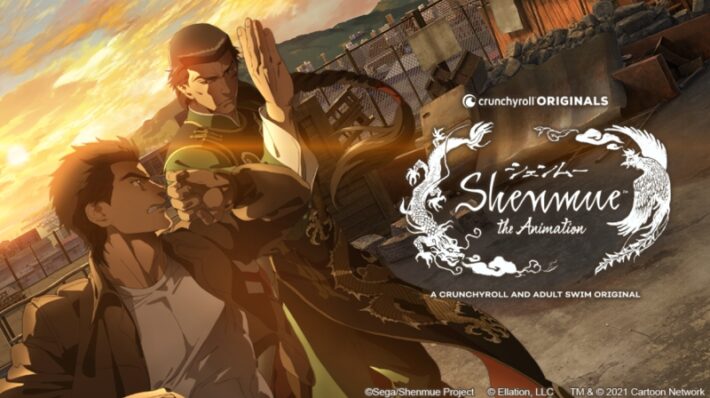 Adult Swim and Crunchyroll will debut a new animated series adapting the story of classic Dreamcast adventure Shenmue. The first look at the show since its initial announcement in September 2020 comes from the “Shenmue: Continuing the Legacy” virtual panel at the 2021 New York Comic Con. The panel revealed new key art and a trailer for Shenmue The Animation, showing off key scenes from the game in anime form.

The Shenmue the Animation trailer mostly consists of scenes from the first game in the trilogy. It includes scenes like protagonist Ryo Hazuki’s first encounter with Lan Di, the death of Ryo’s father, and fights at the Yokosuka docks. The trailer also shows Ryo’s battles against Chai and Mad Angels gang boss Terry Ryan.

Chikara Sakurai will direct Shenmue the Animation (their previous work includes Lost Song and Naruto Shippuden), and series creator Yu Suzuki is on board as an executive producer. Telecom Animation Film is animating the series. Telecom has produced a variety of shows, including Futakoi, Don’t Toy With Me, Miss Nagatoro, and Lupin III. Sola Entertainment will take on a management role, while streaming services Crunchyroll and Cartoon Network’s Adult Swim division are co-producing. When the series premieres in 2022, they will handle international distribution and localization.

Shenmue the Animation will premiere in 2022 on Crunchyroll and Adult Swim outside Japan. The original Dreamcast games were rereleased for PC, Xbox One, and PS4 in 2018. The final entry, Shenmue III, released for PC and PS4 in 2019, with a Complete Edition rerelease in 2020.