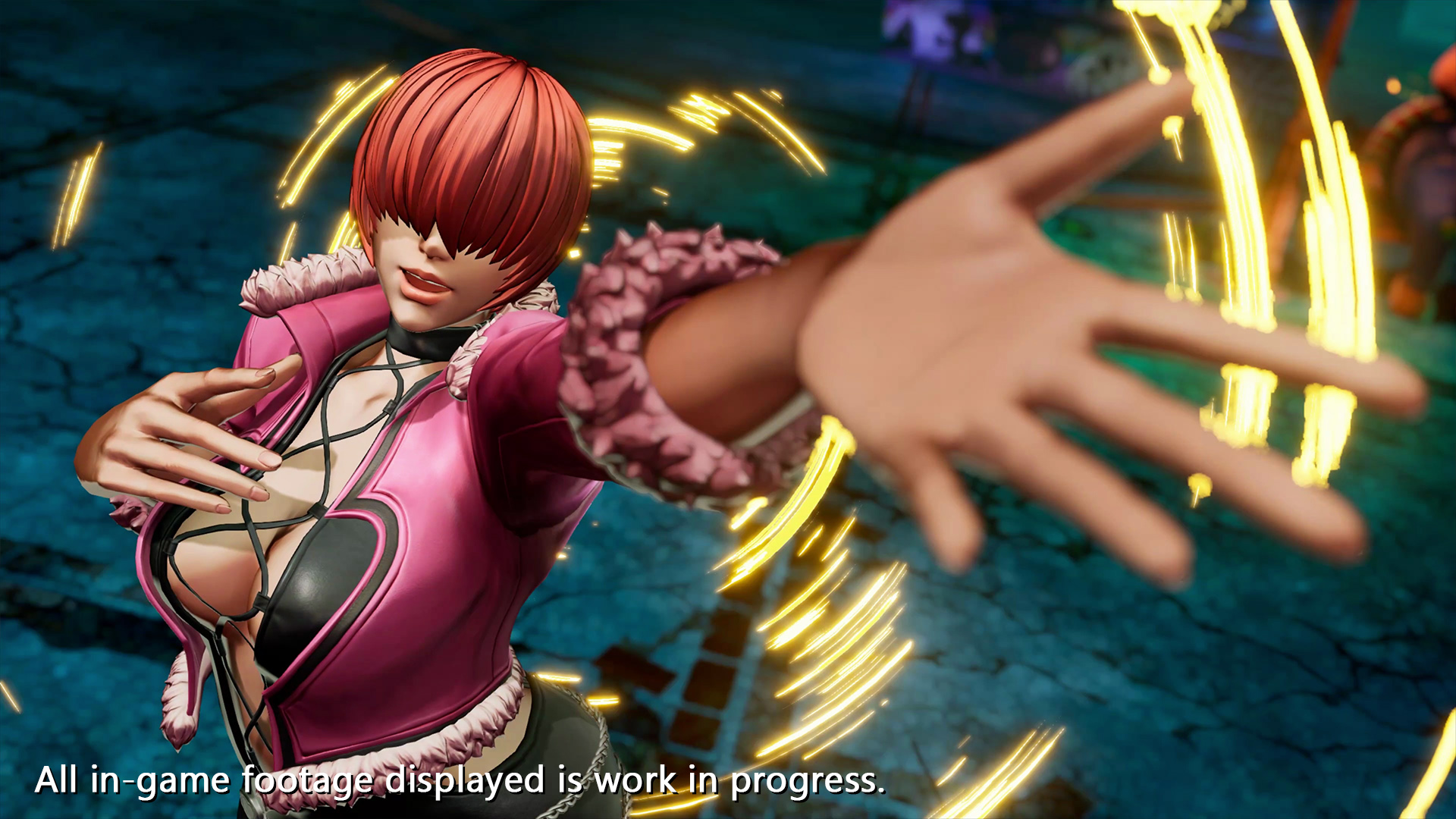 Shermie’s known for her ability to throw and attack her opponents. She does a lot of that in her initial footage. Her first opponent is Benimaru. Then, around the halfway point, the Shermie KOF XV trailer shifts to show her attacking Shun’ei. At the end of the footage, we see her taking an important call.

Shermie’s team wasn’t revealed in her video. However, in the past she’s been on the same team as Yashiro and Chris. The three of them have also appeared in a band together and are known for a connection to Orochi.

Here are the first Shermie screenshots.

Shermie is now the fourteenth KOF XV character to be revealed. In case you missed them, here are all of the other trailers SNK shared so far.

The King of Fighters XV will appear in 2021.