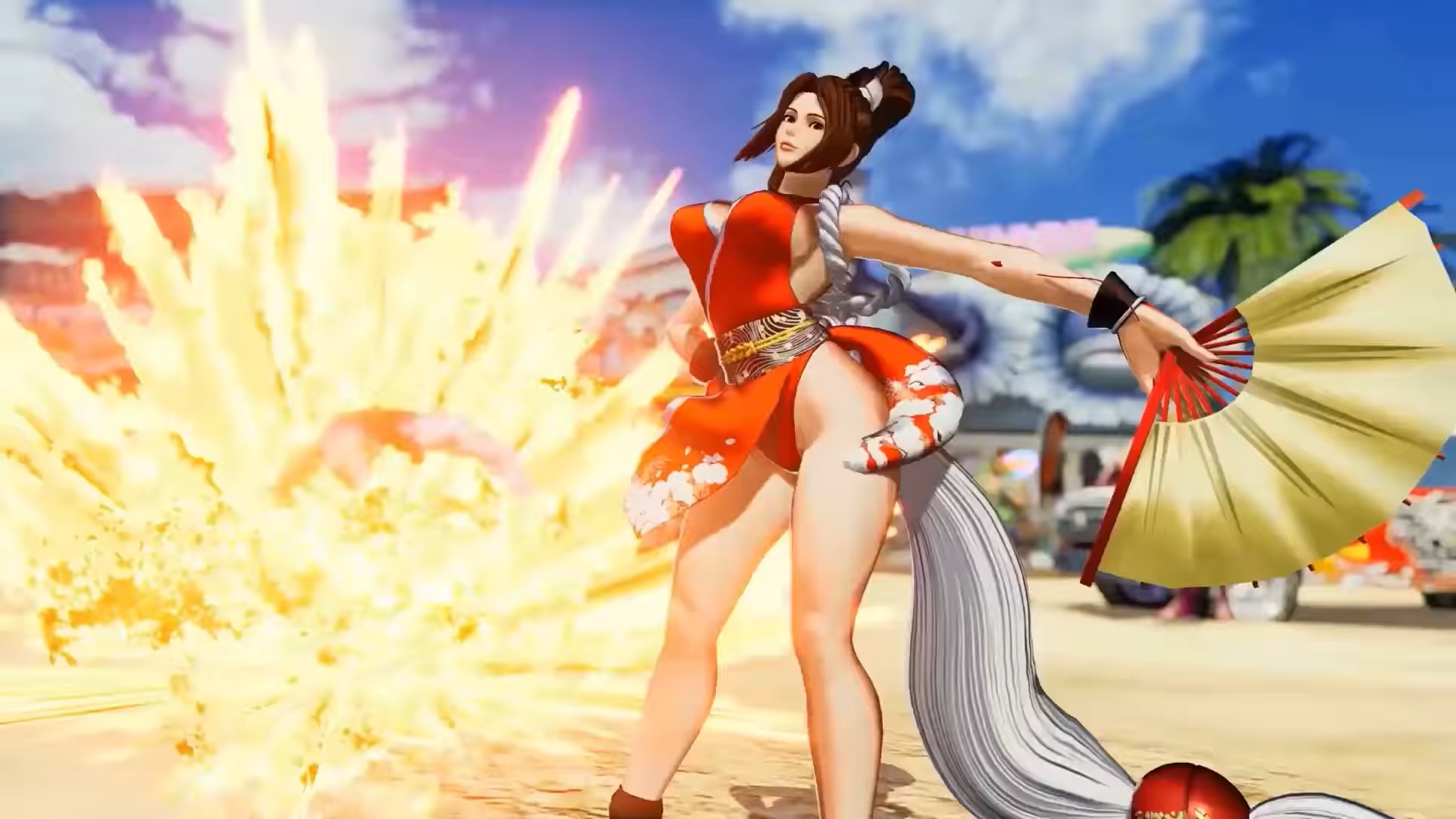 SNK teased the latest The King of Fighters XV character trailer just ahead of its debut, hint at a fan favorite’s return. Now, people can see 13th video in the series. The latest trailer focuses on how Mai Shiranui will look in KOF XV.

Mai is one of the fighters we already knew would be showing up for this latest tournament. She was one of the folks who appeared in the official reveal back in January 2021. However, at the time we didn’t really have a good idea of how her moveset might look. We really only saw her land after attacking Benimaru, then cause an explosion that sent him flying.

Her specific video is far more detailed. To begin, we watch as Mai prepares to begin a round against her beau Andy Bogard and his brother Terry in her KOF XV trailer. We then watch as she uses her fans and fire to fight back. It certainly looks like attacks like Kaochousen and Ryuuenbu are back.

And here are a few screenshots of Mai in action.

Here’s the list of the past 12 KOF XV trailers.

The King of Fighters XV will debut in 2021. SNK didn’t announce platforms for it yet.