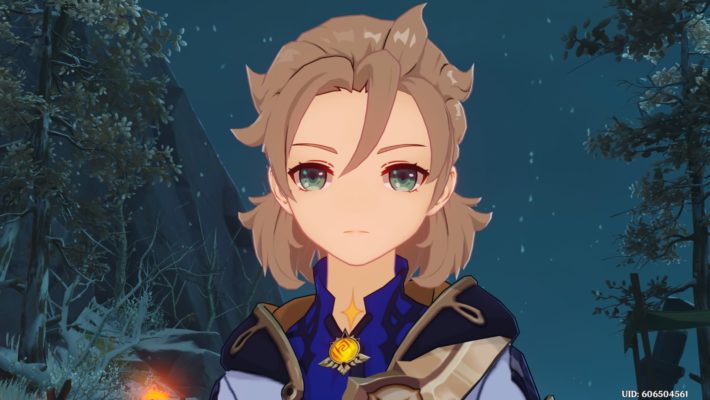 With Genshin Impact, the event wish banners always give people a chance to get certain characters or weapons for about three weeks. The Albedo banner is a bit different than recent ones. With other banners released after the 1.1 update, we had two new characters in each one. Farewell of Snezhnaya had Childe and Diona, while Gentry of Hermitage had Zhongli and Xinyan. Here, Albedo is the only new character and the three four-stars are Bennett, Fischl, and Sucrose. Which means if you’re wondering if the Albedo banner is worth it, you should probably go with your gut and wait unless you need Bennett or missed getting Zhongli and want a five-star in a supportive sort of role.

First, both Albedo and Zhongli are five-star Geo characters who can easily support a team or provide supplemental damage. While you can build them in different ways by getting a certain number of constellation levels by pulling spares or equipping certain artifact sets and weapons, they’re generally designed to help protect and make your DPS characters stronger. Both have Elemental Skills that deal Geo AOE damage over time, allowing you to accrue the elemental fragments that can give the active character temporary shields, and also offer the active character a platform to stand on. Each one also has a Geo Elemental Burst with an AOE attack.

If you don’t have a Geo user, go for it. If you do, only spend your Primogems if you’re a big fan of Albedo’s personality and look. After all, the Chalk Prince and the Dragon event gives you plenty of time with him. 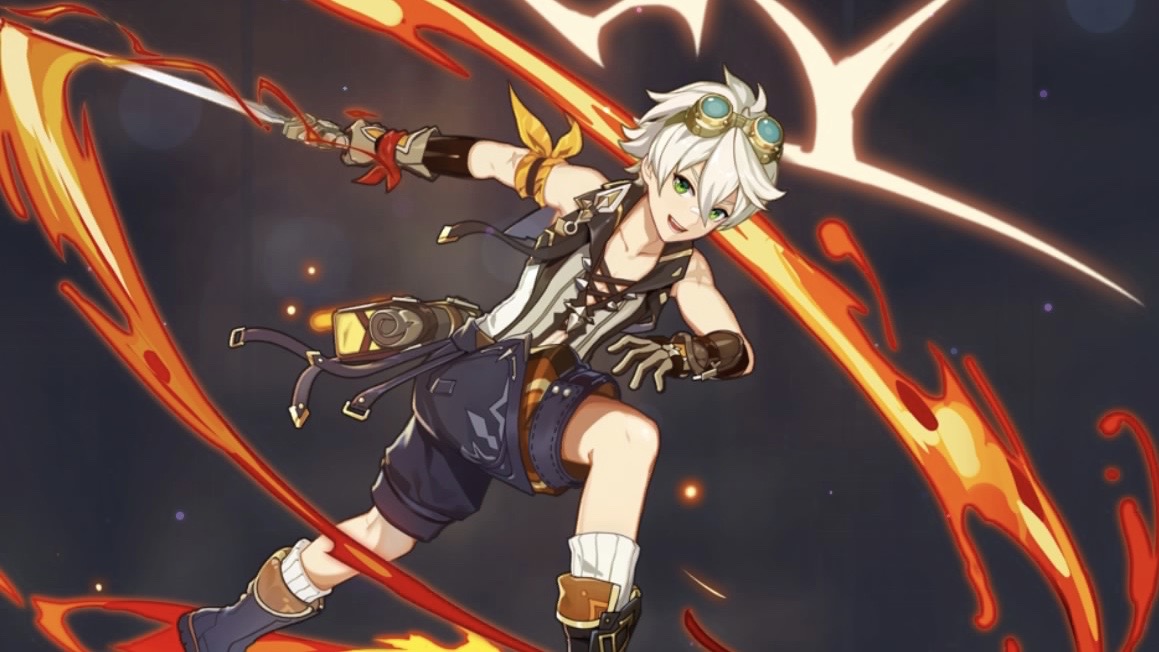 It all comes down to the three four-stars for this banner: Bennett, Fischl, and Sucrose. But even then, there are certain reasons why it might be okay to skip the banner. Why? Because Bennett is the best reason to invest. He’s one of the best supporters in the game, thanks to his Fantastic Voyage Elemental Burst.

Bennett’s Fantastic Voyage deals Pyro damage to the enemy and also creates the Inspiration Field around the party. It constantly restores health to anyone inside it, adds Pyro, and offers an attack bonus. His Constellation levels involve boosting it and making it better. C1 Grand Expectation increases the attack bonus effect and removes the restriction that only applies the perk to characters whose health is above 70%. His general energy recharge is boosted by 30% at C2, if his health gets below 70%. At C5 True Explorer, Fantastic Voyage’s skill is boosted by three levels to make it even stronger.

There is a concern with Bennett, though. You might not want his sixth Constellation level, Fire Ventures with Me. This isn’t because it offers a bad effect. It’s good! But it also limits him and makes Fantastic Voyage less effective, as it will infuse everyone’s weapons with Pyro when you use it. This takes him from a character who is fantastic on any team to someone who should probably only be with another fire user or on runs where you need the Pyro element. (Though, given how handy Pyro is in the Dragonspine region, that might be something you’d need.) 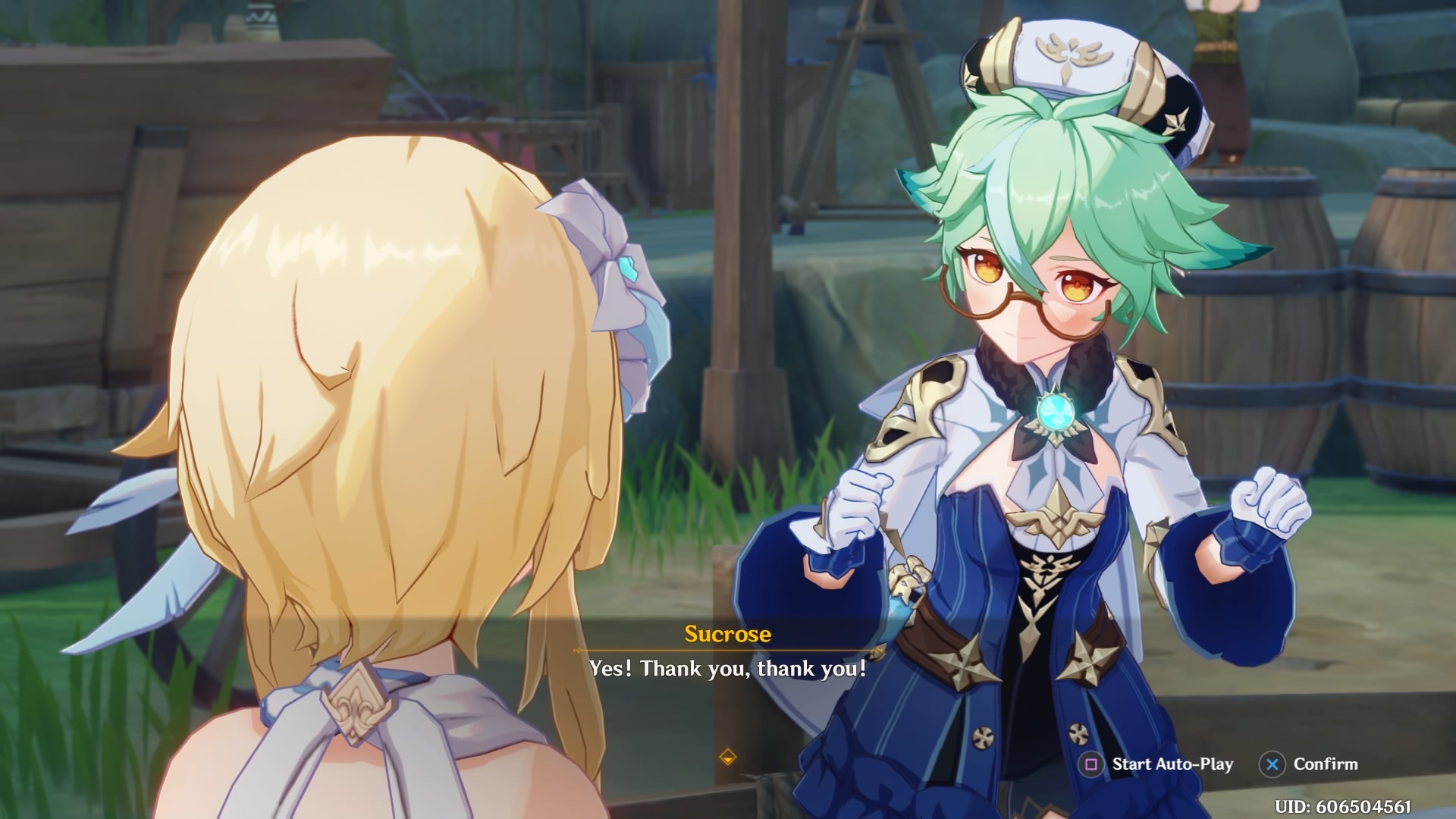 If you already got the free Fischl from the Unreconciled Stars event and don’t intend to build her up as a primary party member, you probably don’t need to bother with the banner. Her C1 level, Gaze of the Deep, is only great if you actually intend to use her in battle. The only constellation level that’s really great for her if she’s around, but not active, is the C6 Evernight Raven, and you definitely don’t want to pull on this banner enough to hit that level. She’s a fine character, but not essential in the same way Bennett can be.

Finally, there’s Sucrose. She’s a handy supporter, especially if you missed Venti and own a character like Klee. A lot of her moveset and usefulness come from forcing enemies to be in certain places and increasing the party’s Elemental Mastery and damage output. Both her Elemental Burst and Skill, Forbidden Creation Isomer 75/Type II and Astable Anemohypostasis Creation 6308 are AOE attacks that force enemies to cluster in an area and trigger swirl effects. In the case of the Burst, it uses reactions to additional damage via Elemental Absorption. Her passives can increase Elemental Mastery for her and party members, though Catalyst Conversion only helps other Anemo allies. Her constellation levels are all generally helpful, making her Elemental Burst and Skill better, with C6 Chaotic Entropy even further boosting elemental damage for everyone if there’s a reaction with Elemental Absorption.

This is what I like to think of as a time to take a breather. The Albedo banner is mainly worth it if you don’t already have Zhongli or Bennett. (And personally, there are times when I like Ningguang better as my Geo user than Albedo or Zhongli.) If you don’t have Bennett, then by all means pull until you get one. He’s amazing, even at only C0 or C1. Fischl and Sucrose are fun characters, but aren’t worth the investment unless you really intend to use them. For now, take a break. Save your Primogems, wait to hear who the focus characters will be for Ganyu’s banner, and maybe consider investing again in February.

Genshin Impact is available for the PlayStation 4, PC, and both Android and Apple iOS devices. It will also come to the Nintendo Switch. The Albedo banner will be around until January 12, 2021.