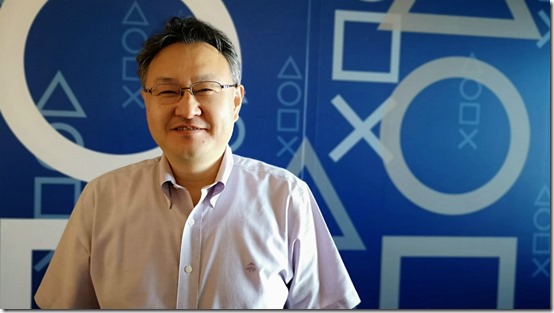 Sony Interactive Entertainment’s President of Worldwide Studios has been with the company since the start of PlayStation, so he’s been through all of its console launches and then some. In an interview with Edge Magazine, the PlayStation boss shed some light on the ups and downs for the brand in the last 25 years. [Thanks, Gamesindustry.biz.]

“Because of the fast transition between PS1 and PS2, we had no idea how the industry manages these things.”

He jokingly added that when the PS2 launched, there were hardly any games available, but pointed out that the console’s pricing was “disruptive” towards the competing DVD player market that was emerging at the time:

“It was really a success from the start, the PS2 sold like crazy. “But when it launched in Japan, the best-selling software was actually the Matrix DVD.

“DVD was catching on but was still a very expensive system, and the PS2 came out with the same high quality DVD player capability with much lower, disruptive pricing.”

However, looking back at the launch of the following console, the PlayStation 3, Yoshida recalled it as a “horrifying moment” when Sony revealed its price at E3. Troubles included a limited third-party catalogue as well as a hardware infrastructure that made it difficult to make games on.

Yoshida shared some comments on Ken Kutaragi who worked as an architect for the PS3:

“Ken [Kutaragi] was such a brilliant engineer – the team that worked for Ken was so motivated, he was a great motivator.”

“Maybe he was using video games as a stepping stone to realise his vision and dreams; he wanted to become the next Intel or something… We weren’t given access until it was done… He didn’t see the need to involve game developers in the design of the system; that’s how the PS3 was made, and you know how successful it was.”