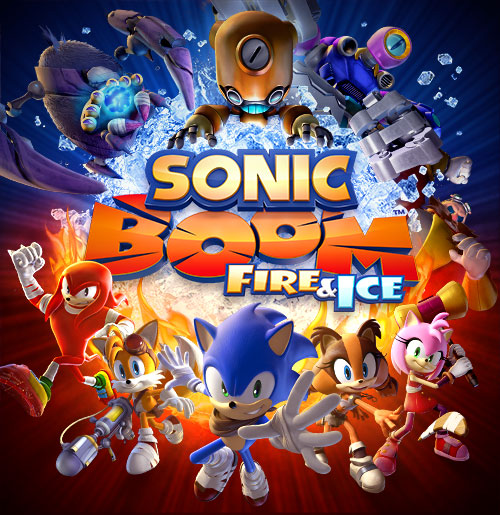 Sega has announced that it will be pushing Sonic Boom: Fire & Ice, the Nintendo 3DS sequel to 2014’s Sonic Boom: Shattered Crystal and Sonic Boom: Rise of Lyric, into 2016. Originally set for a Winter 2015 release, the handheld title now has a more indefinite launch window.

The reason for the Sonic Boom: Fire & Ice delay is quality assurance. Sega stated that the game needed both time and polish before it would be ready for a full release. It isn’t part of the company’s Tokyo Game Show 2015 lineup and won’t be appearing at the booth.

Sonic Boom: Fire & Ice is a 2.5D platformer where players help Sonic, Tails, Knuckles, Amy, and Sticks’ unique abilities to explore levels. As usual, Sonic has his speed, Tails can fly, Knuckles is the strongest cast member, Amy wields a hammer, and Sticks can use a boomerang. In addition, all characters will use the power of fire and ice to proceed through areas.