Sonic Team has revealed some new screenshots of the latest Sonic game, Sonic Lost World, showcasing some of the levels in the Wii U version, where you charge your way through using Color Powers and Parkour action.

In the Desert Ruins, you will encounter cactus-themed enemies and giant sandworms. In an ominous tower, you will have to use Parkour action to run up walls and reach the exit.

In this pyramid zone, you will have to run from a giant tornado destroying everything in its path. In the second half, you will get to crawl through soil using the Yellow Drill. 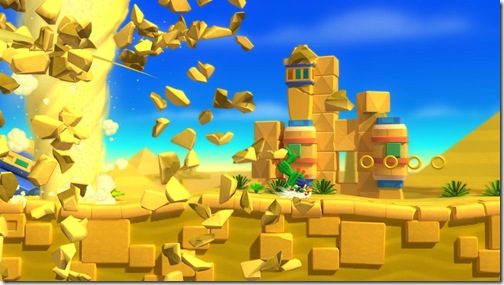 This stage is a base built by Eggman in the depths of a jungle. As you can tell from the screenshots, you will face ferocious enemies and poisonous flowers at every corner. 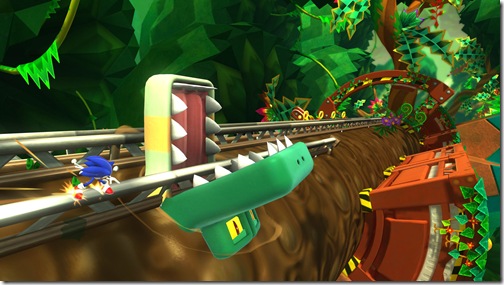 Beneath the curtains of night, this zone resembles Aztec Ruins with huge owls in the background. To avoid being spotted by these owls, you will have to stealthily hide behind trees, or else you will be attacked by swarms of bats. 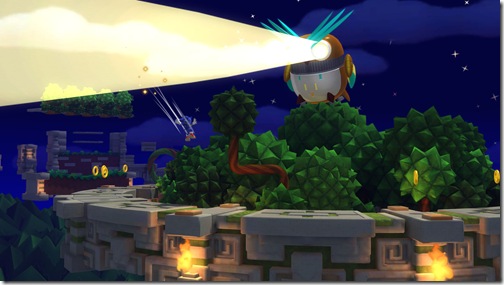 Sonic Lost World is scheduled to be released on October 22 in North America for Wii U and Nintendo 3DS. Pre-ordering the game will give you access to a special stage with bosses inspired by the NiGHTS franchise.