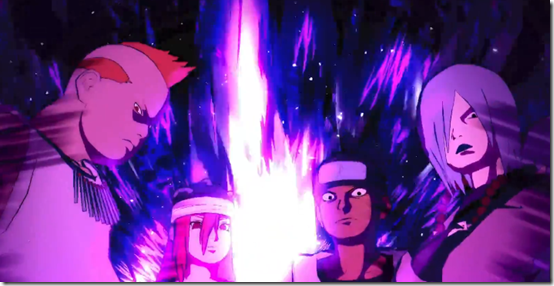 Below you can watch the official trailer for the DLC, featuring the Sound Four, an elite unit that served as bodyguards for Orochimaru.

The DLC pack includes four new playable characters from The Sound Four, including Sakon/Ukon, Jirobo, Kidomaru, and Tayuya, as well as their special Combination Secret Technique “Ninja Art: Underworld Formation.” The DLC pack will also include two extra Combination Secret Techniques for Zabuza. Teaming Zabuza up with Kisame will unleash the “Seven Blades of the Blood Mist” technique, and battling alongside Haku will allow them to perform “Cold Assault of the Demon Blade.”

Naruto Shippuden Ultimate Ninja Storm 4 is available for PlayStation 4, Xbox One, and PC.