Sunsoft is pressing forward with their WiiWare manga plans with a newly created series by Leiji Matsumoto. His previous works include Space Battleship Yamato and Galaxy Express 999. Like those Out of Galaxy: Gin no Koshika takes place in deep space. You, the woman with blonde hair, and Hajime start their quest to save the galaxy on September 9, 2099. Japanese Wii owners can read the first chapter on April 14 when distribution begins on the Wii Shopping Channel.

The manga viewing software and first episode will cost 500 Wii Points ($5). Future chapters can be purchased for 200 Wii Points ($2) a piece. Sunsoft has not outlined how many chapters of Out of Galaxy will be produced.

Surprisingly, Out of Galaxy: Gin no Koshika will have English subtitles even though it has only been announced for Japan. Sunsoft’s previous WiiWare manga Princess Ai also had English subtitles, but those were based off Tokyopop’s existing localization. Since Out of Galaxy will make its debut on WiiWare this translation is brand new. It’s hard to imagine the localization paying for itself if Sunsoft only releases Out of Galaxy in Japan so… should we expect an international release? 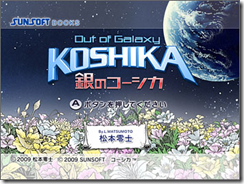 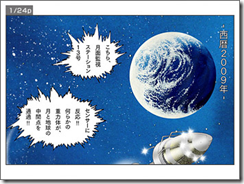 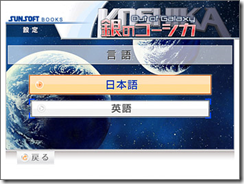 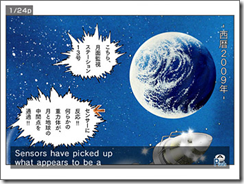