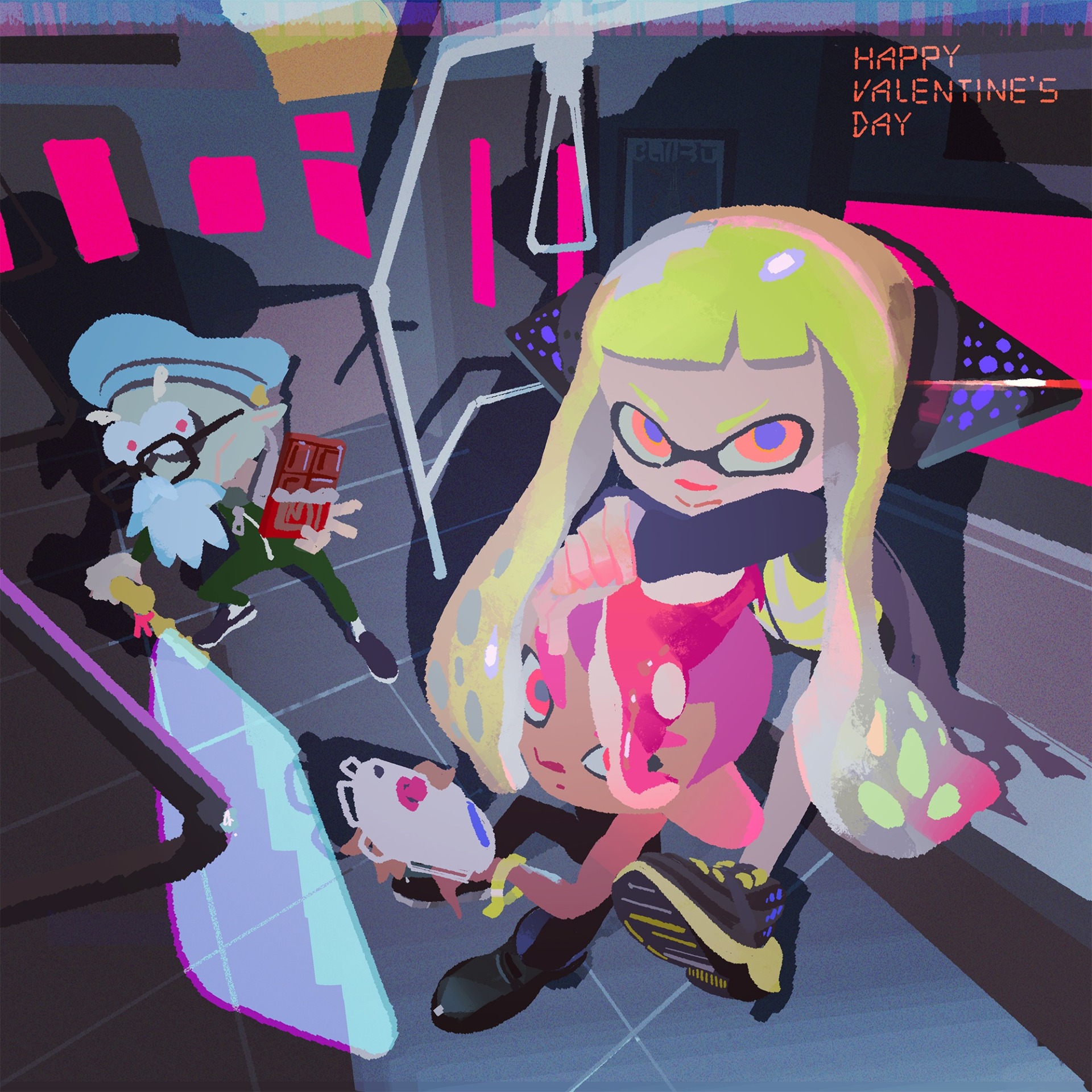 For Valentine’s Day, Nintendo has shared a new picture for Splatoon 2, showing off the main members of the New Squidbeak Splatoon who appear in Octo Expansion.

Here’s the picture below:

Nintendo also included a message with the Tweet, which reads:

“Today is Valentine’s Day. We’ve received a greetings card from our squid researcher. Of course, you should say your feelings to the person who you’re into, but it’s also a nice idea if you express thanks to those who have supported you as well.”

Since the end of the Final Splatfest, Splatoon 2 has really quieted down news-wise, with only a concert last October, as well as a balance patch released in January. We also got some cute art over Christmas last year, but also an intriguing message via its New Year’s art.

Splatoon 2 is available on Nintendo Switch.