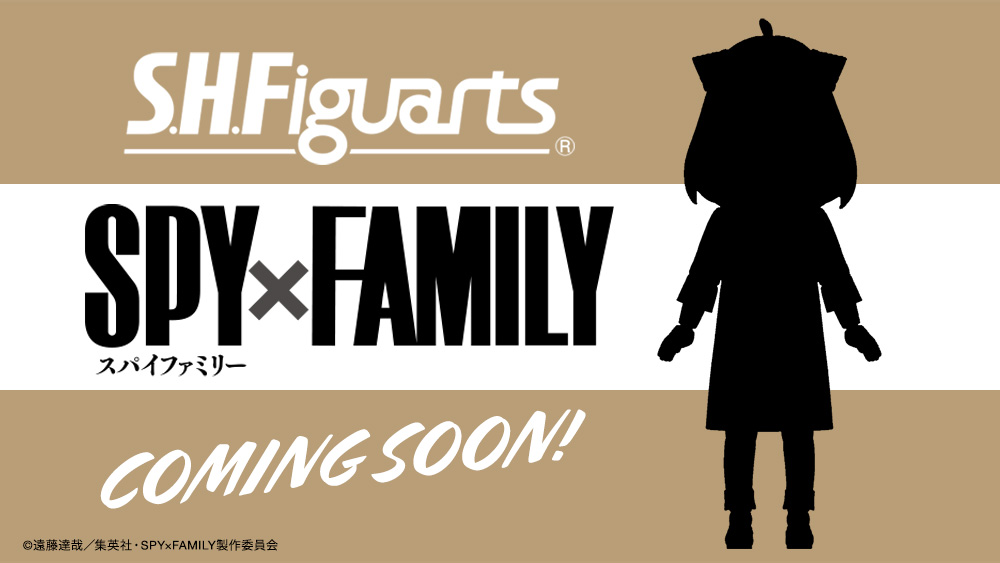 A new trio of Spy x Family Loid, Yor, and Anya figures are on the way. Bandai’s Tamashii Nations announced all three characters will join the S.H. Figuarts line. They are only confirmed for Japan so far. Things will kick off with Anya in October 2022.

The official Tamashii Nations Japanese site includes all three characters in its Information section. Each one of the Spy x Family S.H. Figuarts figures shows up in one of the monthly updates. Anya shows up in October 2022 alongside Figuarts Zero versions of Jujutsu Kaisen‘s Megumi Fushiguro and One Piece‘s Monkey D. Luffy. In November 2022, Loid’s S.H. Figuarts version will appear. (So will the Figuarts Zero Nobara Kugisaki from Jujutsu Kaisen.) Yor will be the last to appear. She’ll show up in December 2022. Tamashii Nations didn’t show any concept art or prototypes for any of the characters.

These aren’t the only Spy x Family Loid, Yor, and Anya figures on the way from Bandai. It also announced Figuarts Minis of the family. Those are expected to appear in May 2022 in Japan.

The Spy x Family anime is now streaming in both Japanese and English on Crunchyroll. Viz Media is handling the manga’s English localization. The Spy x Family S.H. Figuarts figures of Loid, Yor, and Anya will begin appearing in October 2022 in Japan.