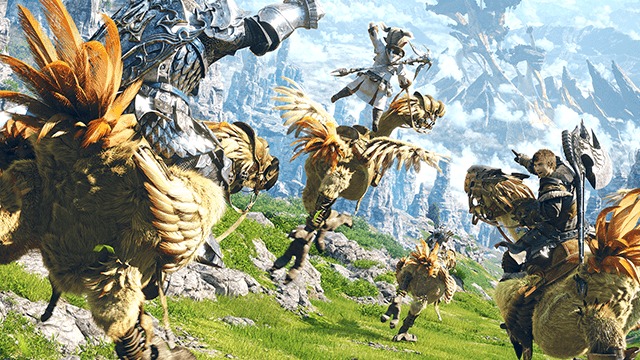 Square Enix has revealed that sales for Final Fantasy XIV have increased through its latest financial report. However, while sales for Final Fantasy XIV have continued to grow, operating income for the company has decreased. Additionally, its mobile sector continues to perform well and earn profit. The information for this financial report was gathered from April 1 to June 30, 2021. [Thanks, 4Gamer!]

The report shows that sales for titles like Final Fantasy VII Remake and Outriders decreased in comparison to the previous year. However, Square Enix mentions that Final Fantasy XIV sales continue to remain strong. This is largely due to an increase in the number of players. Despite this, year-on-year sales for Square Enix are down by 6%, with operating income down by 32.4%.

Square Enix mentions that titles like NieR Reincarnation and Octopath Traveler: Conquerors of the Continent also generated profit for the company. Additionally, the financial report details the state of amusement facilities, such as Square Enix Cafe locations, and how the current situation surrounding COVID-19 has affected them. However, the publishing sector of Square Enix has managed to pull in profits. Digital sales of e-books contributed to the success of this branch of Square Enix.

In February 2021, it was revealed that Final Fantasy VII Remake had generated a large amount of profit for Square Enix. At that time, sales for Final Fantasy XIV had not increased. However, the popularity of the title has significantly increased, with even digital editions of the title selling out.