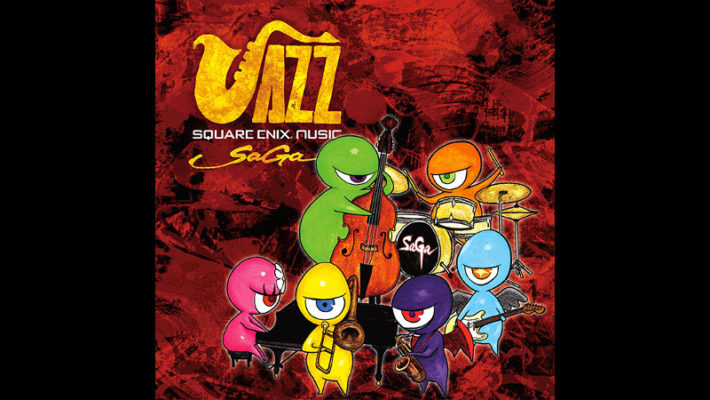 Tthe Square Enix Jazz -SaGa- album will release in Japan on March 17, 2021. This album will feature jazz arrangements of 12 songs from the entire SaGa series. [Thanks, Gamer!]

The songs featured range from ones that appeared in the first Game Boy titles—known in the West as Final Fantasy Legend—to the browser game Imperial SaGa. The arrangements are from Japanese jazz musicians Eijiro Nakagawa and Ryu Kawamura.

The full tracklist of the album is as follows:

This is the fourth album in the Square Enix Jazz series. The first album, which covered the Final Fantasy series, was released in November 2017. The second volume in December 2018 featured a wide variety of series and titles owned by Square Enix. The third album released in January 2020 specifically focused on Final Fantasy VII.

Square Enix recently released Collection of SaGa, a compilation of the first three SaGa titles on the Game Boy, for Nintendo Switch worldwide. The company is currently working on a remaster of the 1997 PlayStation game SaGa Frontier that will be available for the PlayStation 4, Nintendo Switch, PC, Android, and iOS in Summer 2021.