Square Enix is bringing their smartphone RPG hit, Chaos Rings, to PlayStation Vita. The game will be re-released as a PlayStation Mobile title on July 24 so you can enter the Ark Arena on Vita.

Chaos Rings follows four pairs chosen to fight each other to the death with the promise of immortality as a reward. You choose which pair to play as like childhood friends Escher and Musiea. Escher was born into a royal family, but raised by thieves after he was kidnapped and Musiea was held captive with Escher. 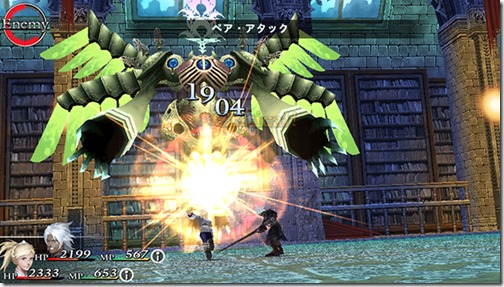