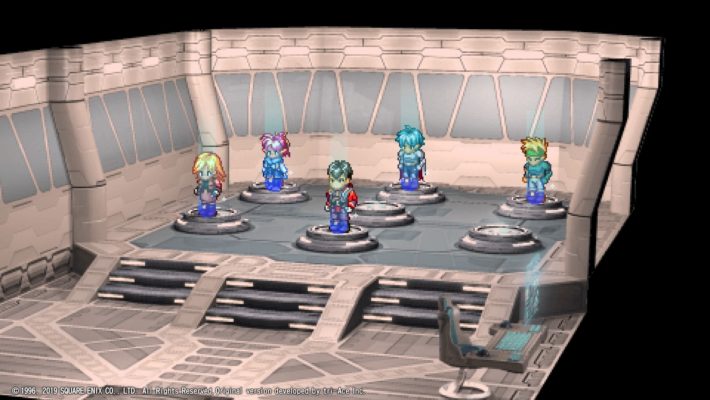 There are certain staples that have helped set the Star Ocean series apart. It has allowed people to participate in Private Actions, to see how relationships grow between individuals, and learn specialties via picking up skills. What’s especially extraordinary is these were all present in the first Star Ocean, even before it was further developed as Star Ocean: First Departure and Star Ocean: First Departure R. While these elements do the obvious, which is help people work toward a specific ending and become a better warrior, they can also help better define characters.

The Star Ocean: First Departure R system could be seen as a way of helping players determine each party members’ importance. As you travel around the world, you’ll happen upon Skill Guilds. These are essentially storefronts that allow you to purchase different Combat, Knowledge, Sense, and Technical Skill Sets. By teaching people the right sorts of skills, they can develop certain specialties. These, in turn, make specific people capable of certain actions that could help you out on the adventure. But, since a specialty can involve learning two or three skills, it isn’t like everyone could become a jack of all trades. You have to focus, especially since people will also have to learn certain combat skills that will help make the most of their fighting styles. 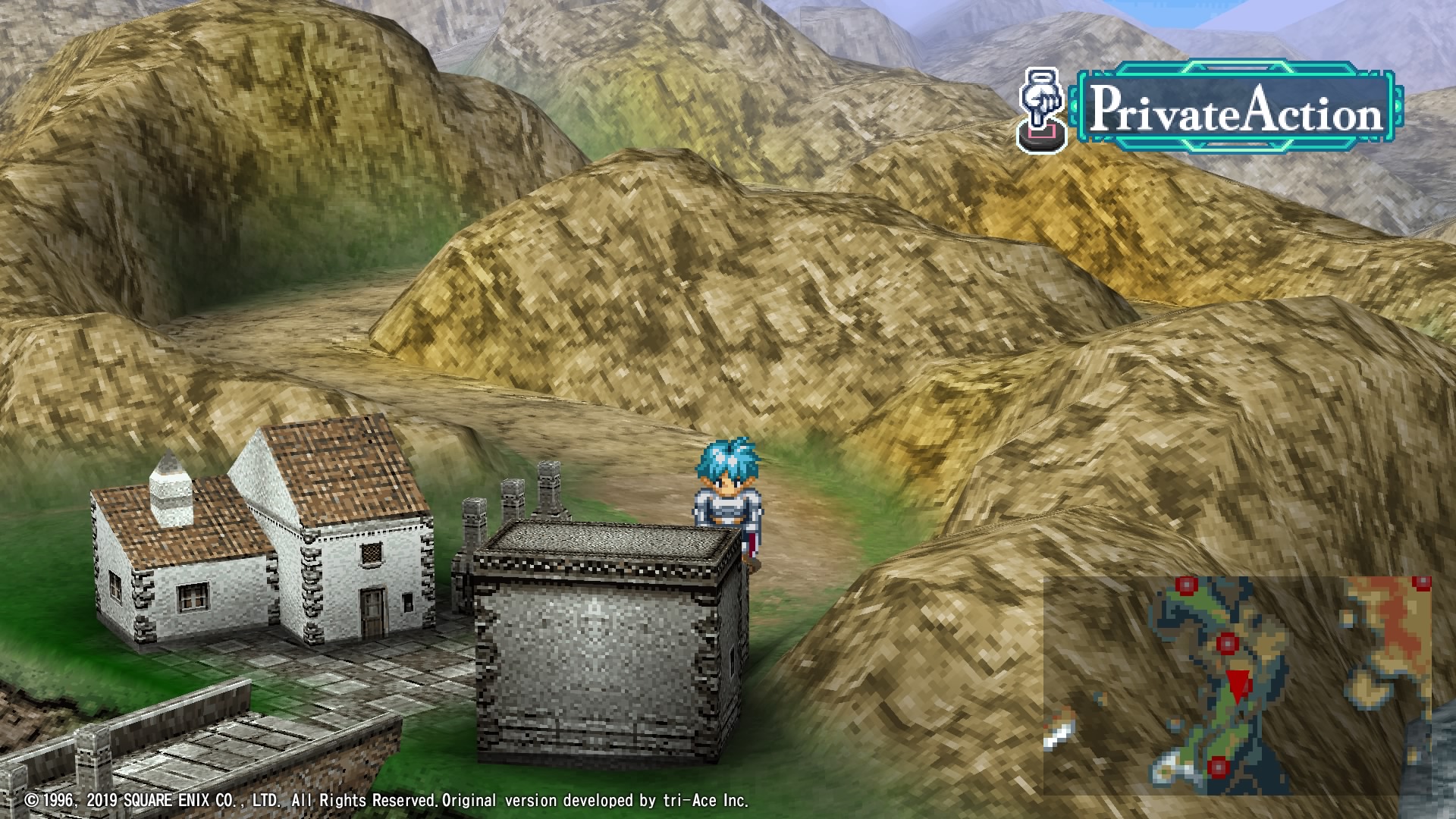 This helps players define certain people. Say you have Millie and you want her to become a musician, so you can help keep the party alive and gain levels a little more quickly. To get the Music specialty, you need to have her learn Music Knowledge (from Knowledge 2) and Performance (from Technical 3). Having her practice could lead to her developing the Listening and Rhythm Sense Talents, giving her 100 SP each and making her more adept. It could help you see her as more than the game’s designated healer. You could see her as a musician and the person you could have summon Gabriella Celesta with “The Devil’s Aria” and a Silver Trumpet.

While the Skills system lets people define characters on their own, the Star Ocean: First Departure R Private Actions help tri-Ace provide extra insight into characters. For example, we know Ioshua has a long lost sister. If you head back to Kraat after recruiting him, Roddick can learn more about her and their relationship by entering into a Private Action with him. If Roddick stops by Haute for a Private Action in the early game, he has the option of buying Ilia some earrings she is admiring. But it isn’t always about seeing new sides of people or how they connect with Roddick. Some of these Private Actions let you see how characters feel about and interact with one another. One time, when visiting Portmith, you can see Ilia telling Millie the story of Cinderella. Or, if you had Roddick buy Ilia earrings in Haute, then in a later Private Action in Portmith, Ronyx will notice the earrings and there will be a conversation between the two of them about them. 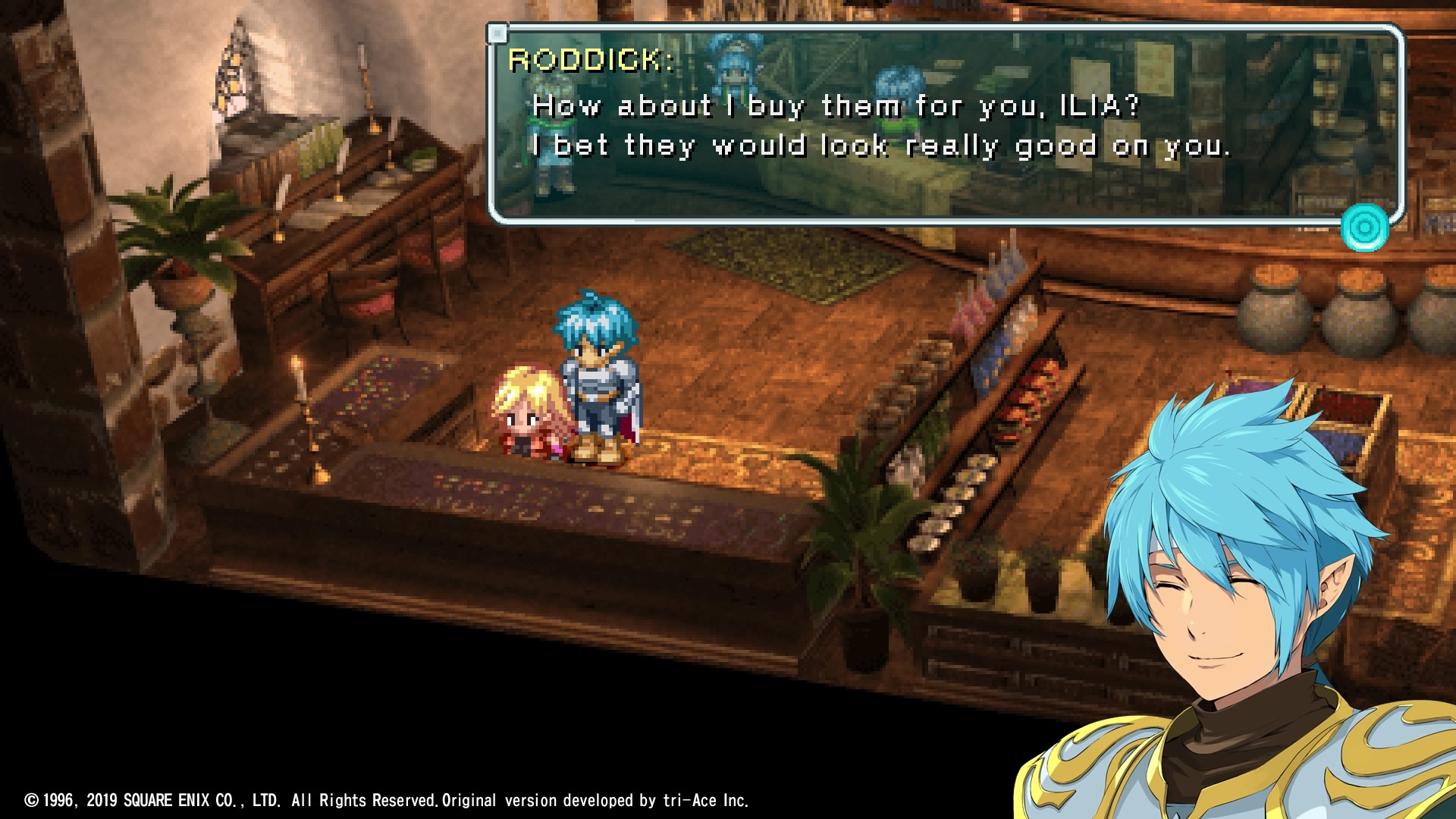 The only heartbreaking thing is how Star Ocean: First Departure R is forced to lock out certain relationships because of the series history. For example, canon states a default pairing from this entry is Ronyx and Ilia, because they are the parents of Claude from Star Ocean: The Second Story. However, there are plenty of Private Actions where it seems like Roddick can Ilia really get along. Even though we get that development, we miss out on a possible pairing.

Star Ocean is a series that can be great at getting people invested in characters. Star Ocean: First Departure R reminds us that even from the very beginning, tri-Ace was trying to get people involved. It uses Private Actions to build up personalities and see what people are like when they aren’t in the heat of battle or dealing with serious situations. Its skill system lets you get connected to characters as you determine what they’ll be good at and how they’ll help you on your adventure. Its systems constantly help set people apart.

Star Ocean: First Departure R is available for the Nintendo Switch and PlayStation 4.