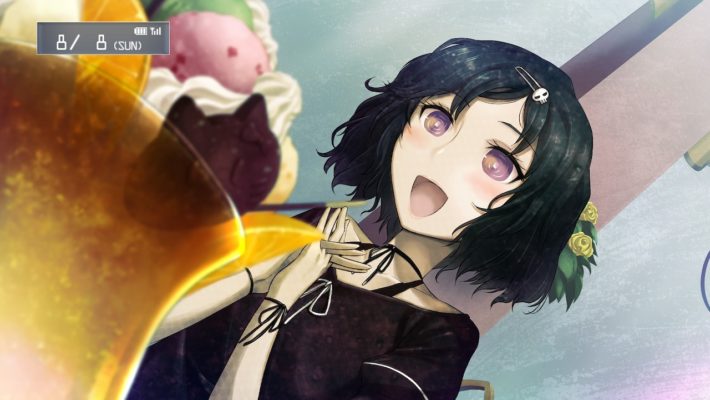 In the Steins;Gate: My Darling’s Embrace dating sim, people get to see what Rintaro Okabe’s life might be like in a Delta world line where he’s able to peacefully spend time with certain characters and foster a positive relationship with them. While Kurisu Makise, Mayuri Shiina, Faris NyanNyan, Suzuha Amane, and Moeka Kiryuu’s storylines are all special, there’s something especially touching about Luka Urushibara’s. While there are a few moments that can be cringe-worthy or show Rintaro’s occasional immaturity, we get to see so much growth on behalf of both characters that is heartwarming.

Editor’s Note: There will be some spoilers for the Steins;Gate: My Darling’s Embrace Luka route. 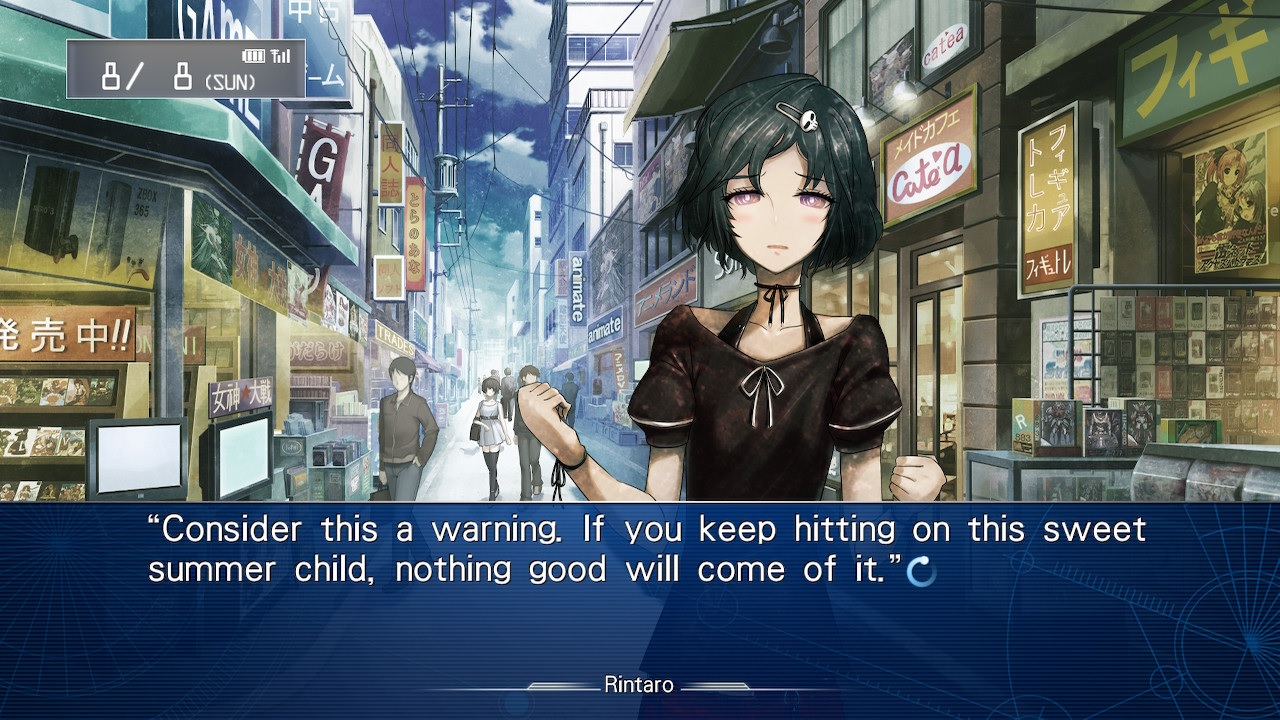 As with each Steins;Gate: My Darling’s Embrace route that takes Rintaro into another world line, Luka’s begins with the two already in a relationship. Rintaro isn’t quite able or willing to reveal his unfamiliarity with this world and it lampshades a Luka scenario in Steins;Gate before his identity here is confirmed. Rintaro then decides to honor the promise the him here had made, and it also offers the impression that he’s curious what sorts of events could have led to him dating Luka in this reality. 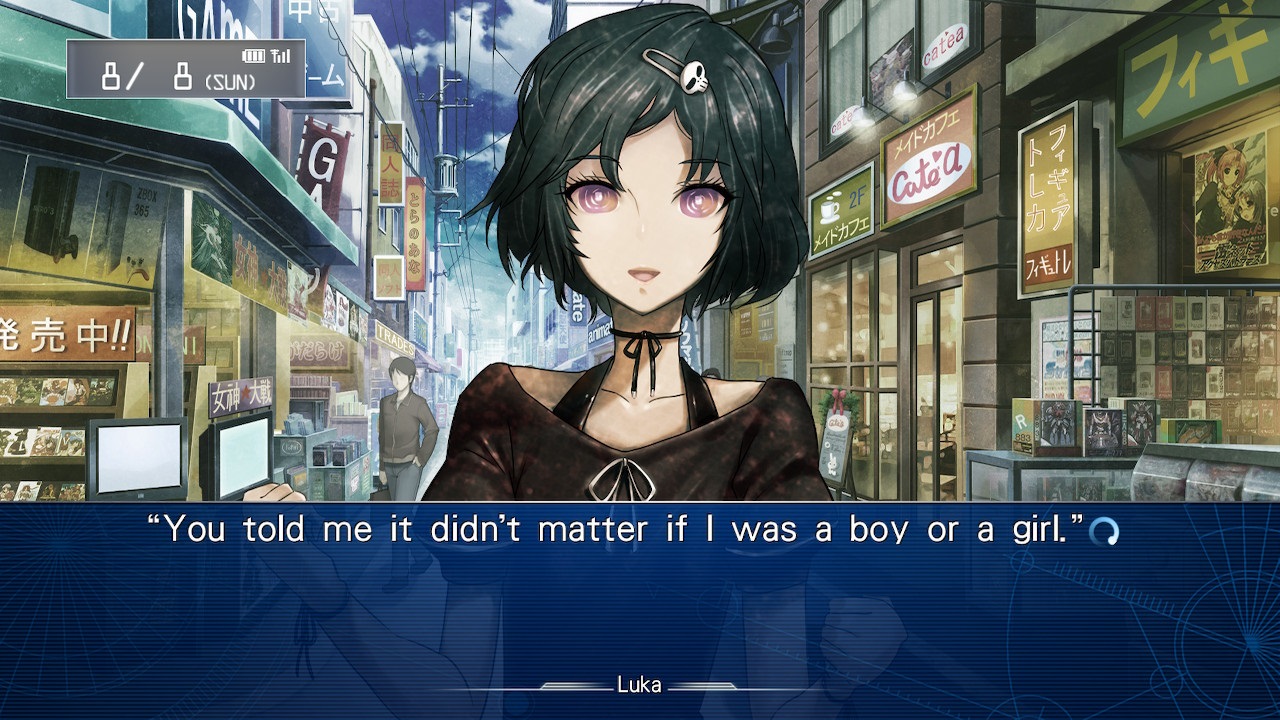 In the Steins;Gate: My Darling’s Embrace Luka route, the relationship moves rather slowly and gives both Rintaro and readers a chance to get more comfortable with the situation. Initially, Rintaro is on edge and nervous about the situation. He’s wondering if people will realize he isn’t familiar with this parallel universe’s past. He doesn’t want to hurt Luka or let him down. He doesn’t want to be embarrassed in front of the other lab members, who are already teasing him about being in experienced. But we see how instinct and the foundation these two have starts kicking in right away. When people on the street begin harassing Luka, Rintaro immediately jumps in to defend him. We also get the reassurance that he always offered Luka. As Luka says, “You told me it didn’t matter if I was a boy or a girl.” 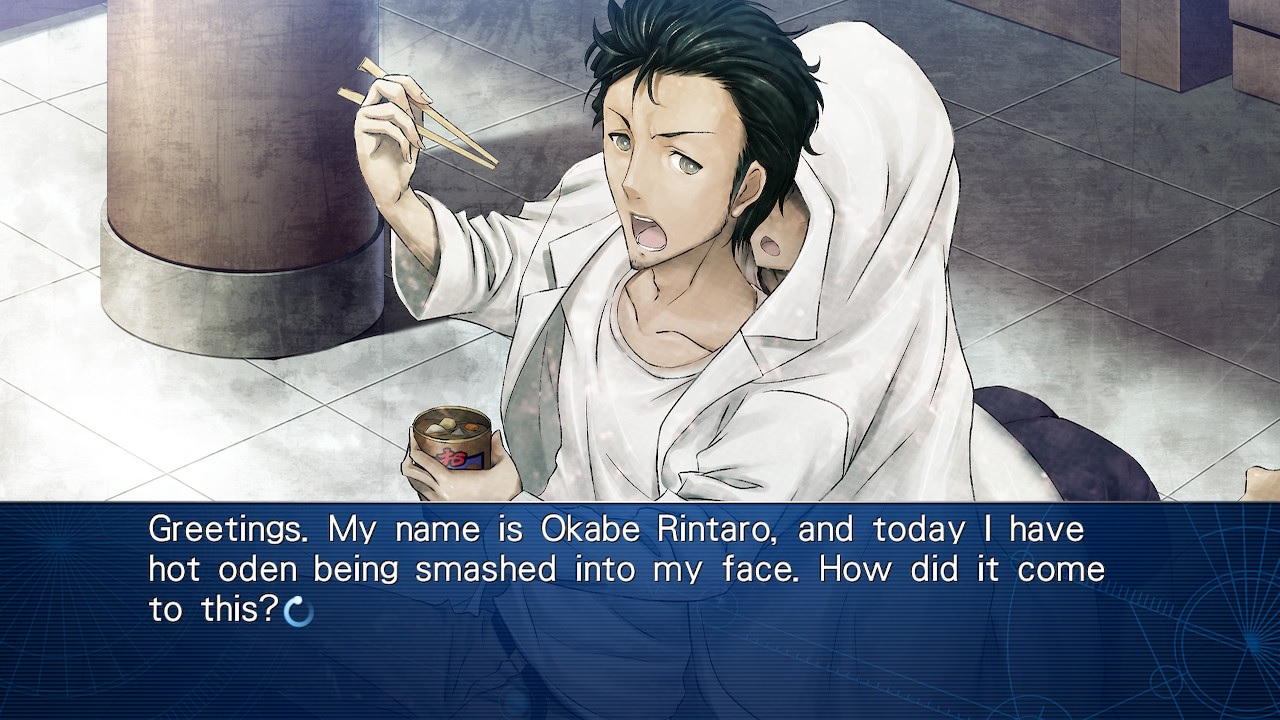 The Steins;Gate: My Darling’s Embrace Luka route also excels at building up a believable relationship by showing the couple as they make the sorts of memories any pair would. We watch the two go on an official date, which is full of awkward and happy moments. We see the joy Luka gets from getting a photo with Rintaro or splitting a dessert with him. The two reminisce about their first meeting. We see them “train” together as they prepare to face a tremendous foe that only Rintaro was able to see and relics in Luka’s family shrine apparently foretold. 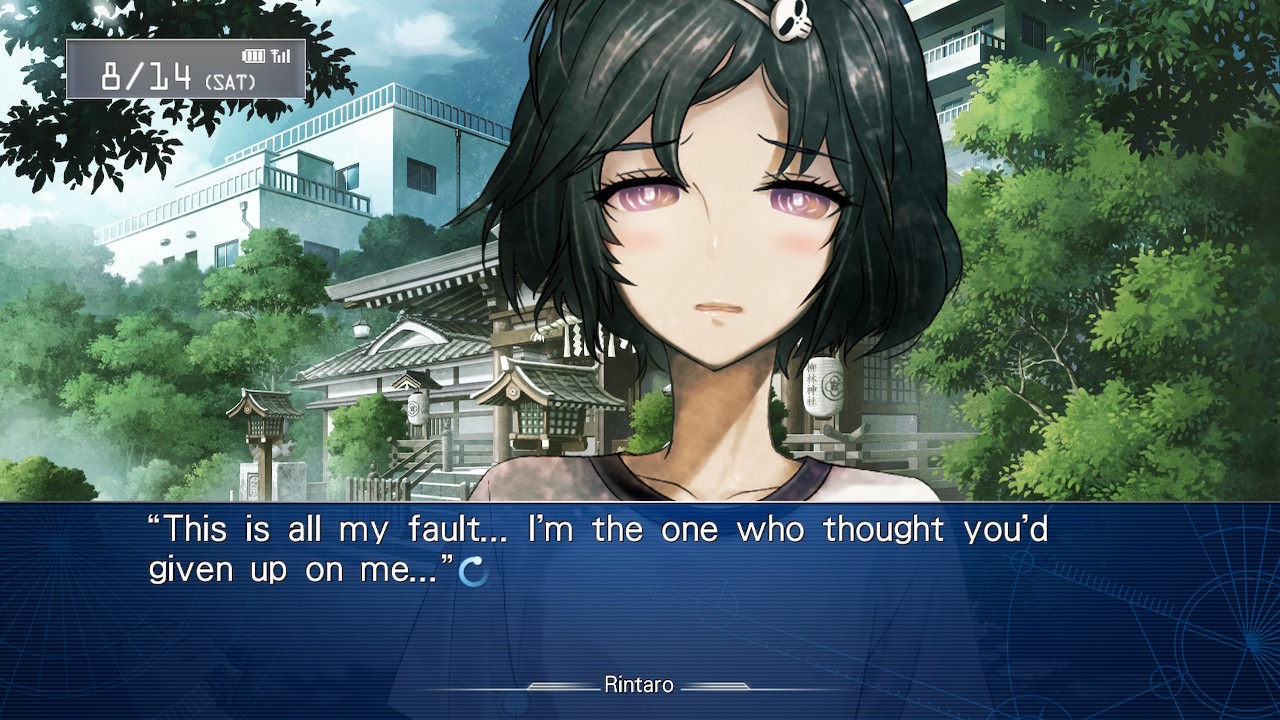 We also have important, character and relationship building moments. We see how Rintaro and Luka’s personalities complement each other, allowing one to be strong while the other is weak. When the opinions of the other Lab Mems have Rintaro questioning what he has seen and the mission he has there and the pressure of the relationship with Luka has him wondering if it is something he wants, he has a moment where he doubts everything. It is then that he learns Luka is still dedicated and training, because he has faith in Rintaro. All the time he was worried Luka gave up on him, Luka was worried Rintaro was tired of him. There’s this “ah ha” moment between the two, with a satisfying payoff when you see them both realize what they have. 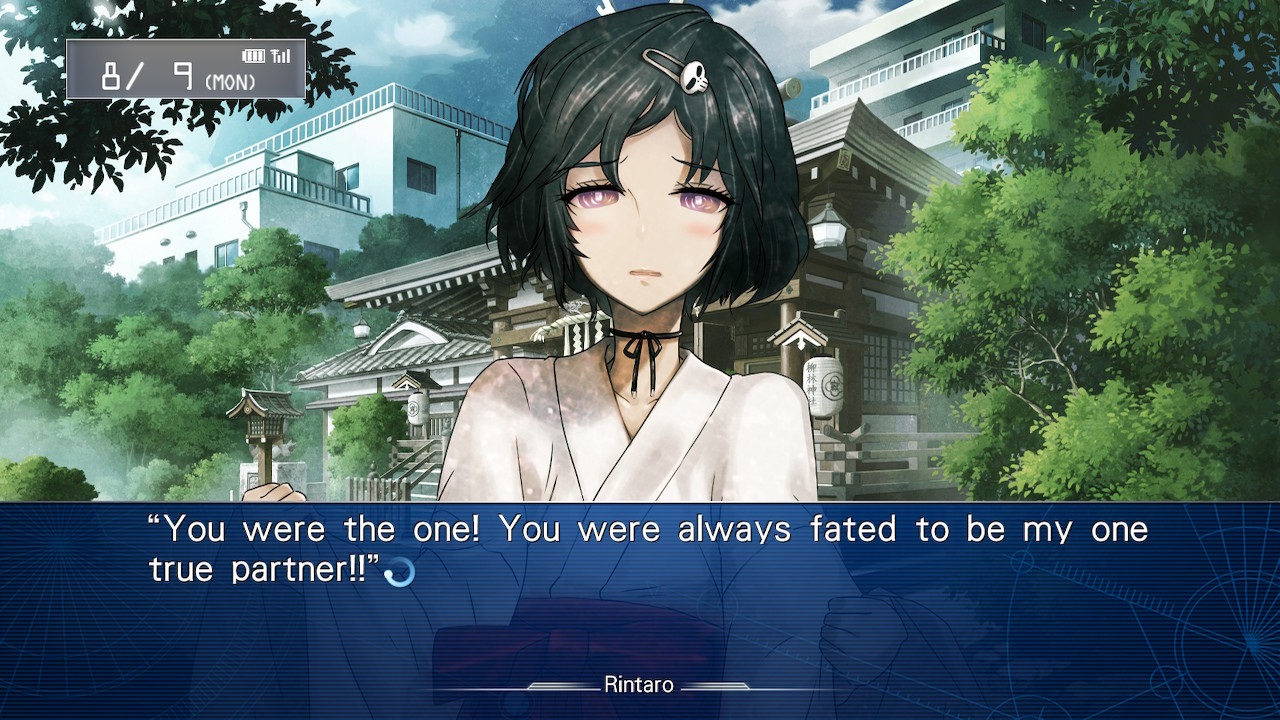 Getting to see both Rintaro and Luka grow as characters is such a wonderful experience. We see how good the relationship has been for both characters. Luka learns to stand up for himself and feel more confident in who he is. Rintaro realizes he has someone in his life who will unquestionably believe him, even if his story sounds implausible, and who won’t get tired of him and his antics. We also get a sense of acceptance from all the Lab Mems, who support Rintaro and Luka’s relationship wholeheartedly. Aside from the rare uncomfortable moments, it offers a pleasant, supportive environment as Rintaro begins to see and accept what a life with Luka could be like.

Steins;Gate: My Darling’s Embrace is available for the Nintendo Switch, PlayStation 4, and PC.