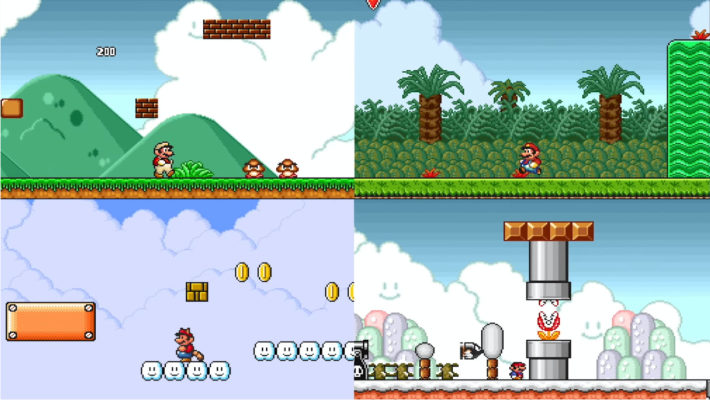 A new Nintendo Switch Online Super NES game is being added to the catalog, and it is none other than Super Mario All-Stars. It was among the Super Mario Bros. 35th Anniversary Direct announcements. This title is a collection of Super Mario series platformers previously released on the NES, but with enhanced graphics and music. The title is being re-released to celebrate the series’ 35th anniversary.

While Super Mario Bros. 2 and 3 mostly have the same artistic direction as the original versions, the original Super Mario Bros. has a big graphical overhaul that puts the game on par with the later installments. In addition, this collection was also the first time the Japanese-only Super Mario Bros. 2 was made available for Western players, as it appeared as Super Mario Bros.: The Lost Levels. This is an even harder version of the original game that adds in new traps like the Poison Mushroom, environmental hazards like wind, and some Warp Zones that send you back to the beginning of the game. It’s definitely not a title you would want to take lightly.