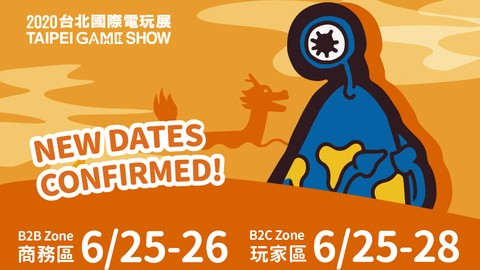 The Taipei Game Show recently announced the new official dates for the show: June 25-28. Additionally, the event will be held in the Taipei Nangang Exhibition Center, as stated in a previous announcement. [Thanks Game Watch!]

Originally, the Taipei Game show was planned for February 6-9. However, in light of the global impact of Coronavirus and Taipei’s proximity to China, TGS made the decision to postpone the event to prevent the spread of the virus, especially in light of coronavirus being declared a global health emergency by the World Health Organization.

The Taipei Game Show is Taiwan’s largest game show, operating in one of the most important global game markets. It was founded in 2003, and is one of the leading gaming fairs in the Asian-Pacific region. Though Taiwan only has a reported 14.5 million gamers, it is ranked 15th in global game markets, and is situated near some of the strongest global markets.

In 2018, the Taipei Game Show saw 350,000 public visitors, and 2,400+ business visitors from many different countries. Visitors to the 2020 Taipei Game Show can expect to see an unannounced game from Sega and Mobile Suit Gundam Extreme VS. Maxiboost ON.