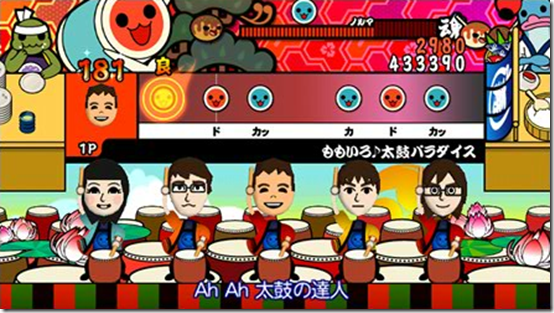 Add Tales of Abyss to the list too. It’s one of the songs in the game music section of the next Taiko no Tatsujin game. Music from the Pokemon Black and White anime series and latest Naruto Shippuden opening theme are also in the game.

Taiko no Tatsujin: Definitive Edition comes out in Japan on November 23.