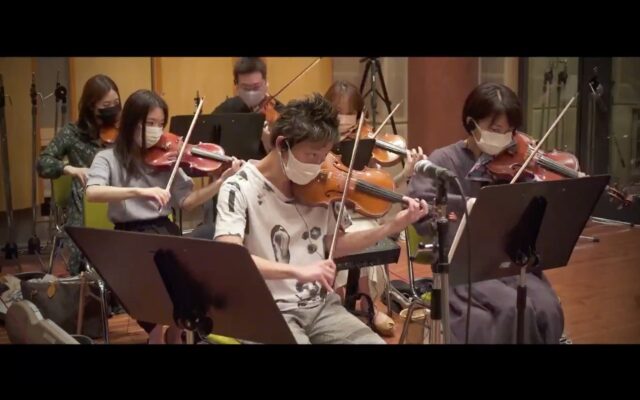 Bandai Namco shared more details about the Tales of Luminaria soundtrack. Go Shiina is its composer. To offer additional looks into its creation, a new video focused on its main title theme and Shiina’s creation process.

First, here’s the video looking at the Tales of Luminaria “Main Title” background music being recorded for the soundtrack. In addition to watching members of the orchestra perform, it also shows Shiina at work. Brief clips of footage from the game appear as well.

Have you already heard our game's BGM?
The main composer is Go Shina! (@cnago)

For the first track, we will be presenting you with the main title theme along with scenes from the recording. Enjoy the music!#TalesOfLuminaria #TOLUMINARIA pic.twitter.com/iKq5hJAYUE

Go Shiina used to be on staff at Bandai Namco. Shiina composed songs and soundtracks for games and series like The Idolmaster, God Eater, Mr. Driller, Tales of, and Tekken. He resigned from the company to become a freelancer in 2017. However, he’s still worked on Bandai Namco game soundtracks since, like for Code Vein and Tales of Luminaria. He also is the composer for different anime like the Demon Slayer anime and movie and Today’s Menu for the Emiya Family.