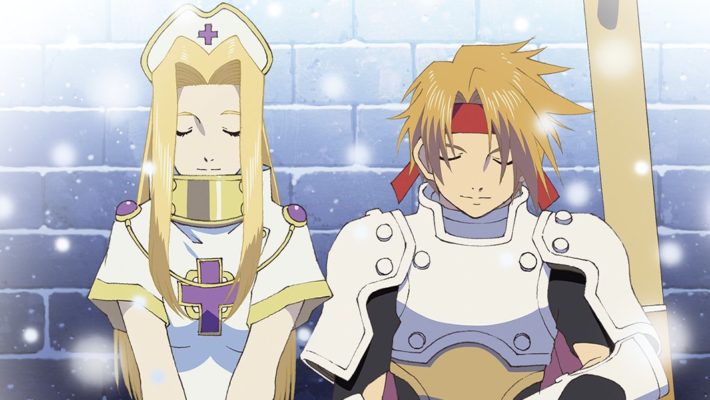 A Tales of OVA will be more easily accessible outside of Japan. Crunchyroll announced the Tales of Phantasia anime adaptation, known as Tales of Phantasia: The Animation, is now available via the streaming service. Both the dubbed and subtitled versions can be watched in the United States and Canada.

As this is an OVA, the Tales of Phantasia anime isn’t as detailed as a normal adaptation would be. There are only four episodes that cover some of the most important points of Cress, Mint, Chester, Claus, Arche, and Suzu’s journey to save the world from Dhaos. As a whole, it is only two hours long. Also, due to its age, the US release is out of print. (The DVD appeared outside Japan back in 2007.)

The Tales of Phantasia anime adaptation is one of four shows added to Crunchyroll in February 2021. People can also see Voltres V in the US and Canada. Meanwhile, multiple countries in Australia, Europe, and North America have access to Mahoraba and Stellvia.