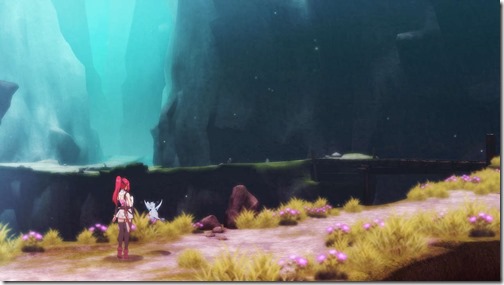 How did Namco Bandai get involved with Time and Eternity and what about this project caught your eye as a publisher?

Kei Hirono, Producer at Namco Bandai: About three years ago, the company Imageepoch came to us, and they said, “We’d like to develop this game.” The concept is that it is an animation RPG. I thought about it and said yeah. I thought about it and it was interesting. It’s not being done right now in the market. I talked to my superiors and they wanted to see some samples. Imageepoch made a working sample for about three times. I took it to my bosses and talked it over, and they finally came to an agreement what they want it to be.

Was Time and Eternity developed for guys Is this a game for girls? Parts of it feel like it’s a guys game, but in other parts there is a girl talk like when Towa talks about planning her wedding.

Actually it’s made for guys. When we created this game and when you look at the art, it’s the kind of female design that is pleasing to men, especially in Japan. This anime style is kind of geared toward guys in Japan. Within the game itself there is a healthy amount of "eros", you know, things that aren’t exactly for girls. We have never intended it to be for girls from the beginning.

This is just a kind of coincidence, but currently in Japan, it’s a lot more difficult for men than women to get married, so we thought it would be kind of an interesting theme to deal with. Also, I just got married recently too so this came together along with this plot. 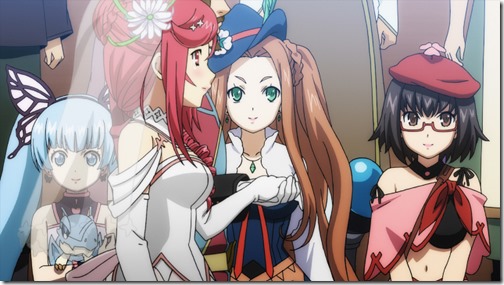 Is that why Towa/Toki has Drake accompany her and sometimes Drake would peep on her when she’s taking shower?

Yup. That kind of thing.

Why did you make Princess Towa/Toki the main character in Time and Eternity instead of the Prince?

We wanted to break the mold and step away from the current trend of male hero. We thought that it would be very interesting to have a heroine instead of a typical male hero, to have a female hero playable character who is strong. It’s a different take on a stale genre, the Japanese RPG genre. 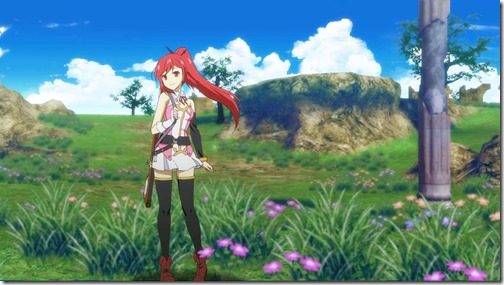 And how does Drake fit in?

Do you see Drake as one of those single guys in Japan who wants company from a girlfriend? Or do you add him because you just want to have a cute character in the game?

To talk a little bit more about Drake, he’s actually the hero of the game. Due to the events of the game, his soul is being transmigrated into this little dragon. Rather than making it being here’s the chance for all you lonely guys out there to have a cute girlfriend, the theme of the story is on top of the typical love story where a man and a woman have to overcome the general difficulties that exist between a man and a women, now you have one of the characters in a different kind of body.

It’s a new obstacle for you to overcome. It’s also a new way for them to create a bond with each other, in spite of being in different existences. I feel like this is also one area the title really succeeded. We did a really good job in portraying this, overcoming obstacles and overcoming things that working against a couple. 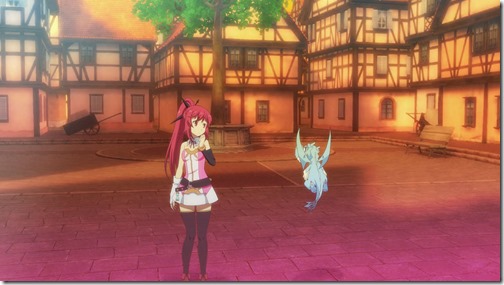 What’s your favorite scene in the game?

There are two things that I like. One would be the wedding scene, because throughout the course of the game due to the story and it’s been repeated many times. It’s cool to see how that changes.

The scene that really stood out for me is actually at the end of the game. After everything you beat the game, you have either Toki and Towa there fighting. In order to win, she has to sacrifice her memories. So once it’s all over, she has to talk to Drake all over again. Drake knows what happened. He remembers everything, but she doesn’t. So it’s like they are meeting for the first time all over again. It’s a poignant and very touching scene that I think it’s neat and special.

(We covered the text because it is a major spoiler. You might want to come back to this after completing Time and Eternity.)

Can you tell us more about the relationship between the Prince/Drake and Toki/Towa?

The greater the difficulty, the bigger is the reward at the end. Since the overall goal is to get married, it’s a really awesome to transition to love and how far will they work to overcome these obstacles to make their love come through the challenge. Getting married is a difficult thing!

Why did you have only one playable character for the battle system? Usually JRPGs give players a party to control.

There are two reasons. One is JRPG are very unique, taking it to the core into the beginning days of the genre, you usually play as one character. The way that it works is, every time you level up, you switch between Toki and Towa. If you have a party-based system, you wouldn’t be able to do that [switching between Toki and Towa] as well. In order to show how neat switching characters was, I wanted to do have one character. That’s one reason. 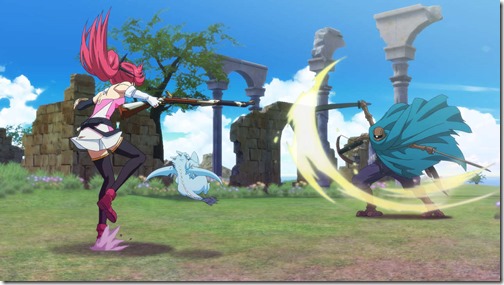 You wanted to put the spotlight on Toki and Towa.

Yes. The way that the game designed is, we really want players to get interested to know these two girls. And at the end of the game, like I mentioned earlier, the player is forced to make a choice. If these two characters are not evolved, not developed enough, then nobody is going to feel anything. I really want to tug at a player’s heart strings when they have to make this kind of final decision. It’s important to give [Toki and Towa] maximum screen time, to give them maximum development to really give the emotional impact to the player that I wanted.

Are there any difference between the Japanese version and the US version?

Aside from the language, it’s going to be the same as the Japanese version.

NIS America: I will say one thing, the game will feature voice acting in the original Japanese voiceovers with with English subtitle. There will also be English dubbing as an option.

What are your thoughts on the PS4?

[Laughs] I can’t say anything specifically, unfortunately. But personally, as a producer, I’d like to make games for PS4.